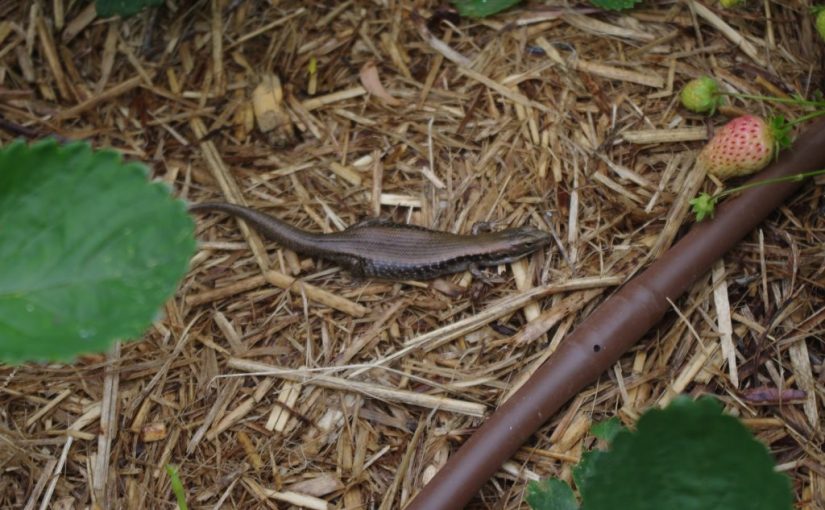 Earlier in the week found me listening to the Triple J national youth radio current affairs program: ‘Hack’. Being an old fella, it is not a bad idea to hear what the kids have to say about things. Everyone is doing it tough this year due to the health subject which dares not be named, but I reckon the kids are doing it tougher than all other groups. As a young bloke back in the recession that ‘we had to have’ during the early 1990’s, I learned the hard way the exact meaning of the acronym: LIFO, or otherwise known as Last In First Out. Yeah, that sure was a fun time. The kids nowadays are probably learning that now too.

But anyway, on the youth news radio program, some dudes were bagging out some other dude known as ‘millennial’. Who is this ‘millennial’ person? Never met the dude myself. And whilst I try not to offend anyone (sometimes easier said than done), it sometimes freaks me out when parents give their kids weird names such as ‘millennial’. Hope the kid learns to own the weird name, or learns to use the legal system to get the unfortunate name changed. By way of comparison, is there anything wrong with the name: ‘Chris’? Didn’t think so.

So the millennial bloke was getting bagged out for being entitled and whiny. And it bizarrely reminded me of a recent recent incident at a local hardware store. The incident was back a month or so ago. It was a busy morning at the local hardware store which was rocking with customers. A young bloke served me at the counter and he was busy sorting out the paperwork because a special order which I’d been waiting upon had arrived. I was there to pay for and pick up the materials.

It was all very civilised, and efficient, except that unfortunately for me, standing just to the side of the register there was a pack of three older dudes. In an act of true entitlement, one of the older dudes, let’s call him ‘Leedo’ for the sake of simplicity, placed his item down on the counter and pointedly suggested that I pay for it. The suggestion came with a smirk that Voltaire himself would have been proud of delivering.

Leedo (not his real name) appeared rather pleased with his wit. And he looked for support from his two elderly mates. At such times it is useful to employ a tension building pause before responding. Way back in the days when I attended High School at a more English than the English grammar school, it became rather important to learn how to fight. Fights were part of the student culture after all, and it is best not to turn out to a student fight without knowing how to conduct oneself. For many years, a local dojo assisted with those lessons. And so I sized up the three old dudes and took their measure.

A person generally learns how to fight, so as not to become involved in fights, although to be fair, plenty of people miss that memo. With that in mind, my options were assessed internally, and a direct response was settled upon: “Mate. That ain’t gonna happen.” came the reply. The words were spoken firmly with direct eye contact. Normally those words combined with direct eye contact would be enough for the entitled older gentleman to back down and apologise for his poor humour.

The young bloke serving me, who was standing safely behind the counter could perhaps feel the tensions rising. He looked a little bit uncomfortable with the unfolding situation. Unfortunately for me, the young bloke also had to confirm my name for the special order. Instead of backing down, the old bloke, Leedo, heard my surname, which is clearly of Scottish origins. Then Leedo made the observation that those ethnic origins was somehow the reason I was preternaturally tight and refused to pay for his stuff.

Such doubling down and effrontery is rare, and can only be countered with the ‘special menacing look number three’. This involves focusing the eyes at the forehead of the intended recipient, just above their eyes. The head is then titled ever so slightly forward and towards them. It conveys the very special feeling of: ‘I so hate you’, and few can withstand such heady emotive force. Just to be sure that the situation ended then and there, the words: “Being tight is in the blood” were uttered. And just so as to put an end to any further unwanted communication, I pointedly turned my back on Leedo as if to convey the message that he was beneath my dignity to notice. I was then able to continue to transact and conclude my business with the young bloke.

The thing is, it is not lost on me that the old bloke Leedo is possibly enjoying tax free income, and all manner of other perks courtesy of his age. With the national debt situation piling up on the back of those benefits and perks, the young bloke and I are probably going to be the ones who have to pick up that tab. And with the health subject which dare not be named, at least down under, Leedo and folks older than he was are at the highest risk of mortality.

It was a truly strange and odd encounter which I did not in any way inititate. Sometimes trouble comes to your door all unbidden and stuff, but I don’t really know, and it is not lost on me that if you as a person are on a good wicket, perhaps it is a good idea not to go poking others who aren’t enjoying the same conditions. But maybe I’m just old fashioned, and when I encounter strangers I employ both humility and good grace. It wouldn’t hurt other more entitled folks to give those traits a go.

It rained very heavily earlier in the week. During such heavy rain, most people might seek refuge inside their houses, however I like to observe where the rain is collecting and flowing over the surface of the land. Over the past dozen years, there have been one or two epic fails where heavy rain is involved, and so I’m constantly adapting and correcting the drainage systems to accommodate what has been learned during those experiences.

Observant readers will note that in the above photo, rain is flowing over the surface in two channels which are both more or less in parallel with the front of the house. Rain should really only be flowing in the higher channel, and so we are beginning to slowly correct that particular drainage problem. Correcting the problem involves strategically placing down trailer loads of the locally quarried crushed rock with lime. It may take a few weeks and many trailer loads to complete the corrections.

A load of the crushed rock with lime was also added onto the soil surface in the dog enclosure. The two Kelpie pups are enthusiastic diggers, and whilst I have been unable to channel this digging energy to my advantage, they now have a nice, neat and more importantly, clean environment when I need to constrain them in their enclosure.

Most of this weeks work has involved maintenance of the farm. At this stage of the year we are mowing, pruning and hedging the garden beds:

When an area is mowed, the clippings are left where they fall. It takes only a week or two before the soil critters have consumed all of the cut material. Organic material removed by either pruning or hedging gets collected and dumped into a developing garden bed. Over time, the material breaks down and the soil becomes more fertile. In the process, seeds and cuttings also get moved to the developing garden beds, and many of those plants grow.

I’ve been training the ten grape vines to climb ever higher. It is a very simple process where side branches on the vines are pruned and the largest vine is woven around a vertical string. Eventually all of the grapes will reach two sets of stainless steel cables, and then they’ll be allowed to grow along those cables.

There is a bit of a problem in the strawberry / grape vine enclosure. There are too many wood lice and millipedes, and not enough reptiles to consume them all. Check out this little guy who has clearly eaten a lot of bugs.

The skinks which are a gecko equivalent, need to do more work as the bugs are getting the upper hand on this years strawberry production:

Other crops are doing really well, like the corn:

I’ve also been training the bean vines to climb up the steel mesh we added for this purpose.

French lentils have begun growing in a more bushy fashion with the recent hot weather.

Despite early set backs due to the local parrots, the winter wheat has grown very well. I learned during this period of time, that the spacings provided in books for this plant were too far apart and could have been much closer. I now have to learn when and how to harvest the wheat.

Earlier in the season we transplanted a number of Globe Artichokes, and most have survived the process. They’re a favourite vegetable, and they love hot weather. Also in the next photo part of a row of tomatoes can be seen growing.

It is still very early days for the berry harvest. The first ripe raspberry was spotted earlier today:

And it looks like it will be an epic year for the blackberry harvest. We grow a thornless variety of blackberries:

The well established Anzac Peach is full of fruit.

It also looks like the smaller Issai Kiwi Fruit may produce some berries this year. The vines were planted only last year and expectations are low and anything will be good from these plants.

Apricots are a good crop here, but the output can vary from one year to the next. This year is looking good so far:

The many apple trees are getting better established as the years go on, and this year there are more apples than in any previous season that I can recall.