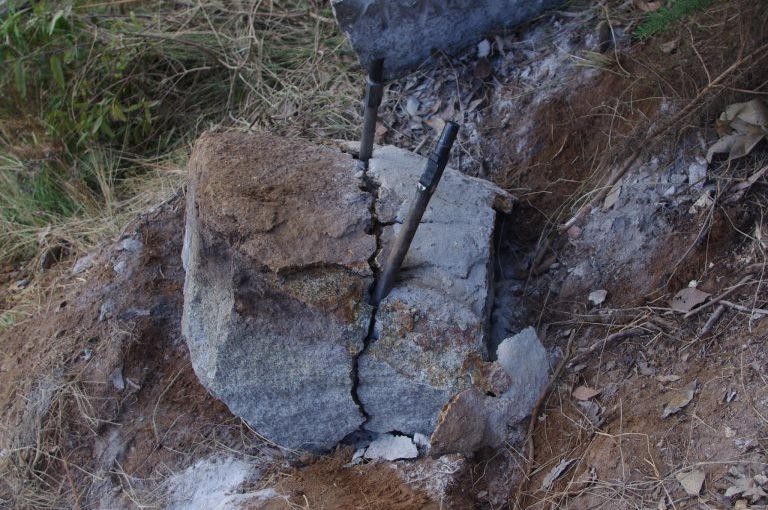 Occasionally a person must blow their own trumpet, or risk becoming deflated. How awful would it be to become deflated and then mired in thick mud? After all, I’m not much of a fan of mud.

When I was a really young bloke and the editor and I had only just moved in together, we decided to purchase a house. Of course the only house we could afford was on the wrong side of town. Friends were reluctant to visit. Family were more honest because they implicitly said they didn’t want to visit that part of town. A mate assessed the house as being at the wrong end of an otherwise good street. Nice. Even the lawyer doing the property transfer warned us about the errors of our ways. But we ignored everyone, and forged ahead regardless and eventually lost a fair chunk of money on the house. However, through the whole experience we gained knowledge which was put to good use in the future.

Back in those days the area was very industrial and it even sported a major oil tank farm. From the very earliest of times the area had welcomed the heaviest of industries. During summer days when the wind blew in the right direction, the air was filled with the aroma of sheep wool processing, carcass processing and tannery activities. Once known, the heady aroma could hardly be forgotten. However nowadays, people talk of the area in hushed terms of awe and a sort of dirty longing to be there. I guess there are now more places to enjoy a decent coffee – there sure wasn’t when we lived there, although there was a decent bakery and a continental butcher who produced the most excellent of Polish Kransky sausages.

The house, which we eventually lost an astounding amount of money upon, had been sinking into the highly reactive clay which was endemic to the area. The house was a timber house which sat above the reactive clay courtesy of about a hundred timber stumps. A timber stump is chunk of dense timber four inches square sitting vertically and which is partly buried into ground – the house itself sits on the highest point of the timber stump. By the time we arrived on the scene, the stumps were around seventy years old – and they had succumbed to rot. As a consequence the house was sinking unevenly and getting ever closer to the clay soil surface.

Me, being me, thought that I can fix this. And so I spent a month or so crawling around underneath the house during the winter months in the mud, replacing the timber stumps with more durable concrete stumps. Eventually the job was done, but ever since I have detested mud.

Outside of projects under construction at the farm, you’d be hard pressed to find any mud. There is a good reason for that, because the earlier experience and toil have taught me the many shades and moods of mud. Not a fan, but I know its ilk well.

My long ago learning experience with mud reminded me that over the past year or so we’ve been on a similar learning journey with rocks. Many of the rocks on the farm weigh far more than I do and are not easily moved. But all the same, we’ve been trialling different techniques on these larger rocks in order to make them smaller and more easily managed. And I believe this week, we have finally cracked the rock splitting code. All it took to get there, was a whole bunch of trial and error experience (and learning from other folks in the trade) as to how to deal with the large rocks.

Earlier in the week we attacked a bunch of larger rocks and easily split them into smaller rocks.

We knew that the now smaller rocks in the above photo were easier to liberate from much larger rocks if only because the colour of the stone suggests to us that this is a possibility. There are a few different types of rock on the property, but experience and ‘trial and error’ suggests that the rocks with the almost blood red hue are the easiest to split.

However, there are less of these types of rocks and more of the ultra hard grey granite. That stuff is bonkers hard!

The grey granite rocks are incredibly hard to break up, and of course such rocks are in the majority. But this week after much trial and error over the past year or so, we cracked the rock breaking code.

To begin breaking such a hard granite, we drill a few V shaped foot long 18mm holes into the rock. A quality electric rotary hammer drill is used to bore such holes into the tough granite. Contractors who do this job for a living probably have much better and faster drilling equipment than we do.

The electric jackhammer is then used to ram pointy bits (the fancy Fernglade Farm name for a point chisel) into the various holes. The jackhammer bits are slightly wider than the holes and this forces the rock to split apart.

After only a few minutes of work with the jackhammer, the rock splits along the line of the drill holes.

Being able to split larger rocks into smaller and more manageable rocks means that the dreaded situation of Peak Rocks can be blithely ignored for the foreseeable future. Believe me, there are so many good uses for rocks in the various projects about the farm, that we have scoured much of the immediate property for the easy to obtain rocks. We still have plenty of rocks for projects, they all just take far more time and energy to obtain these days.

In the above photo, you can see me holding the years harvest from about 50 corn plants. As well as the years harvest of corn, I’m also holding one of the pointy jackhammer bits which are used to split the rocks. I guess what we’ve learned over the years is that it is not just the rocks that are hard to break, but learning how to produce corn (and other edible items) whilst using the resources around you, is even harder.

This growing season has barely produced many warm days. I wouldn’t wish such a growing season on anyone, but all the same we are doing the best we can. Friday was one of the few warm days of the season, and even then it was only 30’C / 86’F. Never fear, the following day brought a return of the rain and cooler weather. But as the storm clouds built on the Friday night before the storm, the sunset was superb.

The red in the sky was a result of smoke particles from a government department conducting a large burn off nearby. The state government retains the monopoly on this work, and of late, possibly due to the health subject which dare not be named, they have been tardy. So it is good to see the government now doing what they said they’d do a year ago.

We excavated a further four feet of soil this week. The site for the future machinery shed is starting to look pretty good. And the full nature of the Moby (body) rock which we discovered last week is now known. We can take that rock!

The steel rock gabion cage is now almost full and we’ll probably sew it shut and construct another cage, maybe over the next week or so.

All of the excavated soil was used to continue constructing the low gradient ramp and utility area projects.

The low gradient ramp project is seriously useful even in its current unfinished form. The ramp provides easy access into the orchards below the house.

The summer growing season sure has been cold and rainy. Usually we grow enough pumpkin and squashes to last until early Spring, but this year has been something of an exception.

On the other hand some plants are really enjoying the cooler and damper summer, such as the berries. Each day for months, we have enjoyed a good quantity of fresh berries and a huge portion of that harvest has also been converted into jams and wines.

A few weeks ago the editor and I bumped into a bloke we know who produces Gin commercially. He mentioned that worldwide supplies of juniper berries are a bit thin on the ground, so we picked the harvest of juniper berries and gave them to him. If a decade ago we’d known of the impending shortage, we could have planted hundreds of these trees and probably wouldn’t have to work now. The trees grow very well here, but alas there are too few on the farm to make any difference.