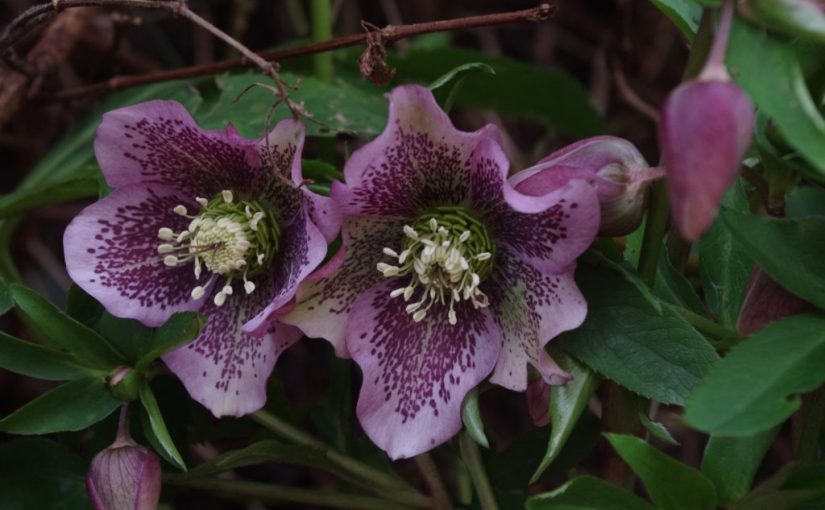 Fluffy head the chicken died this morning. She’d been ailing for a few days leading up to her final fate. During her final few days, when the other chickens romped around their hen house and attached run, doing their thing, Fluffy head moved with a ponderous lethargy. The signs were all too clear. Yesterday, she made herself comfortable in the hen house, and awaited her fate comfortably in a bed of straw, out of the cold winter winds. And this morning she was dead.

An old timer once remarked to me that if you have live stock, you’ll eventually have dead stock. And it’s true. I don’t feel to badly for old Fluffy head, as she lived a remarkable life – for a chicken.

It’s impolite to point out that she was of uncertain parentage. I’m guessing that an Australorp chicken had had it’s way with a Silkie chicken, and in that odd coupling, Fluffy head was produced.

At the Seymour Alternative Farming Expo over a decade ago, the local poultry group ran it’s annual sale of birds. And in amongst the cages and cages of birds for sale was a cage with a very young Fluffy head and her two sisters, who were also of similarily uncertain parentage. On a whim, the editor decided to purchase the trio of birds, and thus they made their way onto the farm.

And Fluffy head lived in good health for a bit over a decade. She even managed to survive a close encounter with a fox. But time works its charms on all of us, and so here we are today with a dead chicken.

Having chosen to live amongst creatures with shorter life spans than an average human, I sure have buried a few of my animal mates over the years. I suppose it is a relative perspective thing, but the tall trees here which can live for many hundreds of years probably think the same way about all those human critters they see over the long years running around the place.

Time sure has that sort of effect. It was only early last year, February to be precise, that the two Kelpie sheep dog girls joined the fluffy collective.

Now look at the three of them today:

Time has a habit of just flying away and off into the distance, or wherever it goes. The trick is to remember to live. Problem is right now (and for the past year and a half) we’re being asked to put off living for an indefinite and undisclosed period of time. Some people chafe at that restriction, some reach acceptance, whilst others simply have no way to make a living.

By sheer chance, the other day I observed a bloke and his eight year old (at a guess) daughter, camped in the local picnic ground. Their lives had been packed into a sedan plus a small trailer, and those possessions were in the process of being aired out in the weak winter sunshine. The guy wore a far from fresh high visibility jacket that a manual labourer would wear, whilst the daughter had her head buried in her arms whilst seated upon one of the picnic tables. Over night the temperature must have been close to freezing, and the two of them looked miserable that morning.

I can’t say with any certainty how the two came to be camped out in the local picnic ground in the depths of winter, but for that outcome to be a choice suggests that they’d travelled a hard road indeed, and things were perhaps worse elsewhere.

Casual employees and small businesses are probably doing things the toughest of all financially right now in this lock down. A lot of people, particularly the younger folks want to work, and now probably can’t. It wouldn’t surprise me if a lot of them move interstate. It reminds me of the last big economic recession in the early 1990’s, when a lot of people headed off to distant parts of the country. Some of the editor’s mates did just that, some of my immediate family also left.

It was a bleak time back in those days, and here we are again in another bleak time. The past couple of days has produced some protests in various capital cities. The media didn’t seem to ask whether the people protesting had legitimate concerns. Experts made dire predictions, the police did their jobs, the politicians did their best to look sad, angry and fearful all at once.

It’s hard to believe it right now, but time will sort it all out. Looking around me at the goings on now, the signs don’t appear to be that of a resilient society set to tackle any and all challenges head on. Fear is what I note most, and it is producing a ponderous lethargy, but also I see flashes of anger. That way smells of death to me. I’d rather be alive whilst I am.

It sure has been a cold and cloudy week. Overnight I let the wood heater burn itself out, and this morning I awoke to experience 14’C / 57’F in the house, and 1’C / 34’F outside. The forecast predicted snow, but none occurred and despite the cold conditions, all we had was more rain.

With the extensive thick low cloud cover, the skies have been particularly gloomy this week.

On the one dry day we had available, we continued to cut and split the pile of logs which were left over from the house excavations which were done almost a dozen years ago. The excavator operator swore that one day I’d use those logs as firewood, and I guess he was right. It is a hard job as some of those logs were buried in the soil and had to be extracted. But, once cut they produce pristine firewood and over the next year or two, they’ll dry to about a 14% moisture content.

There’s probably another days work to go on that firewood job before it is completed.

Regular readers will recall the recent epic wind storm which did an enormous amount of damage to forests in this part of the country. Some parts of the forest in this mountain range were knocked flat by the winds, and the clean up in this mountain range is still continuing today, as it is elsewhere in the central highlands.

Just near to one of the orchards, a tall tree split in the epic winds. However the tree did not fall to the ground. Instead, whenever the wind blew from any direction the broken top of the tree swayed around with the wind. Eventually the tree bent enough that the head of the tree became stuck in an adjacent tree. To put it mildly, it was a very dangerous tree and you wouldn’t want to be anywhere near the tree when it fell.

Overnight Friday night, a random strong gust of wind dislodged the head of the dangerous tree, and it fell to the ground without squashing anything or anybody. That’s what I call a good outcome.

There are tentative signs of spring. An almond tree has begun to produce leaves.

Many Rhododendron’s grow in among the orchards, and they are beginning to form the early stages of their amazingly showy flowers.

The many citrus trees continue to produce fruit, like this Meyer Lemon.

And I noticed that one of the Douglas Fir trees has produced some seed pods.