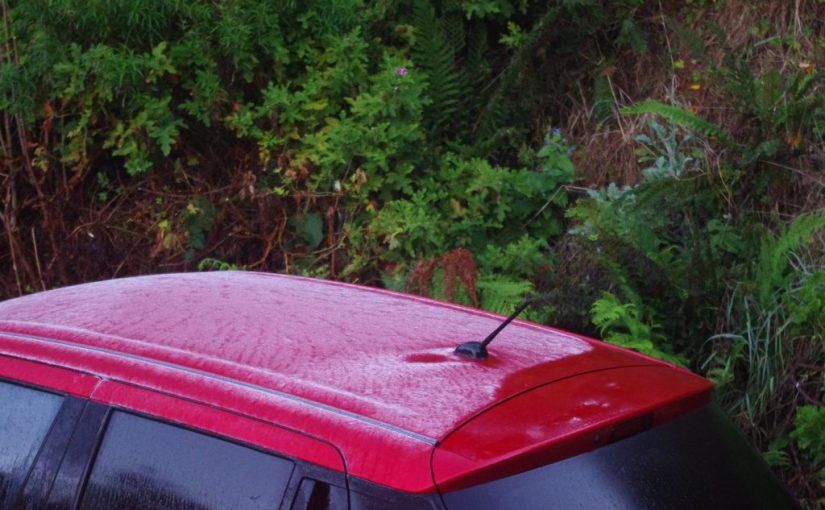 The blog content rarely strays into current events, after all, there are more learned and better informed discussions about such matters – elsewhere. However, occasionally exceptions must be made, for on Saturday a Federal election was held.

Voting in Australia is compulsory for adults who’s names are recorded on the electoral register, and most adults do vote. Compulsory, means exactly what the word suggests, and to do otherwise is risking a fine. The requirement came about early on in the life of the nation, most likely because of the general level of apathy in the population.

Apathy is a bit of a problem, but then I don’t recall hearing any of our leaders, current or potential, during the election campaign suggest how they intend to respond to the problem of oil at US$112 a barrel. Right now, oil is super-expensive, and that’s a worry given the stuff is used for most aspects of our lives. Mind you, I didn’t hear talk from them about resource shortages either for that matter.

Maybe the politicians have been so busy campaigning, they hadn’t noticed the relatively high oil price? Stepping inside a supermarket and wondering which product will be more expensive this week is an instructive experience. Whatever, decline is a slow process, with occasional lurches downwards. Right now though, I’m getting the feeling that one of those lurches may not be all that far away. There are potential interest rate rises, further money printing, high energy costs and resource shortages to contend with, what a mess! Makes you wonder what the politicians will do if they’re confronted with such a mess? Hopefully it doesn’t involve masks.

Anyway, I got bored pretty early on with the campaign. The two major parties appeared to me to be taking extreme positions, and all the while neglecting the things which are of importance to the general population – like trying not fall off an economic cliff. But the elephant in the room was the crazy high house prices, and unlike the small kid playing soccer who got knocked to the ground, nobody really wanted to tackle that one. I didn’t hear any coherent policy suggestions about the subject of high house prices. But I do wonder if it’s a similar situation to Climate Change in that there’s a lot of noisy worry, but no demands are ever made if they involve costs to the worrier?

I’m naturally a bit dodge on politicians. They do strange things such as eating raw onions, or tackling small children rugby style, knocking them to the ground. So I treat them all as a bit suspect, and have less worries when they do strange things, because you know, they’re like, suspect. And doesn’t it make you wonder how they cope with the attention of the media which is focused upon them all day, everyday? I’d crack under that level of scrutiny, and end up saying something stupid like <deleted>.

Talking about saying stupid things, someone mentioned to me that in the leaders debate held sometime before the election day, there may have been a bit of shouting. Give them the benefit of the doubt, they might be hard of hearing. But yeah, shouting doesn’t inspire confidence. And tell ya what, I wouldn’t shout at a dog, the dog would think that I was unstable and not good boss dog material, hmm…

The political discourse is all very strange. Apathy about politics is one thing, but critical thinking skills are of interest to me. A few months ago I read a book by the author Robert H Thouless, titled: Straight and Crooked Thinking (nod to Inge). It was an interesting read, and for educational purposes, I shall reproduce two short sentences:

Practically all men desire money and comfort, and fear ruin and death, so they will tend to accept propositions whose truth would secure their wealth, comfort, and security of living, and reject those whose truth would threaten them. … how nearly universal is the rule that those who have possessions (even a few) are politically on the side of preservation of the existing order, while revolutionaries are, on the whole, recruited from the non-possessors.

The election produced a change of government, but what interested me was the sheer number of independents and Greens members elected, and also the historically low primary vote recorded by either of the two major parties. If they don’t take that as a warning to get their act together, those politicians are not only suspect, they’re foolish.

Last week I mentioned that we had no intentions of working on the new greenhouse project this week – something or other about taking a break from work. But then, unanticipated events intervened, and we did work on the new greenhouse project. The local hardware store had ready supplies of the polycarbonate roof sheets, and so I purchased them and brought them back to the farm.

An afternoons work was enough time to install one half of the roof sheets. It’s looking super-neat.

For all sorts of reasons I don’t want to go into, we couldn’t do much work this week. However, on Sunday afternoon I had a few hours free and was able to repair one of the poly trailers which can be used to tow stuff around the farm using the ride on mowers.

The steel on the arm of the trailer had buckled. The bend in the arm was straightened out and I welded in two angle support brackets. The trailer arm is now stronger than before.

The weather earlier this week was very wet and cold, but there were signs that the sun was trying to shine through and past the thick clouds.

But then towards the end of the week, there has been a continuous run of sunny blue sky days, albeit cold and humid ones.

The days may have been sunny, but the nights were cold, foggy and frosty.

On many mornings this week, the roof of the Dirt Mouse Suzuki had a layer of ice.