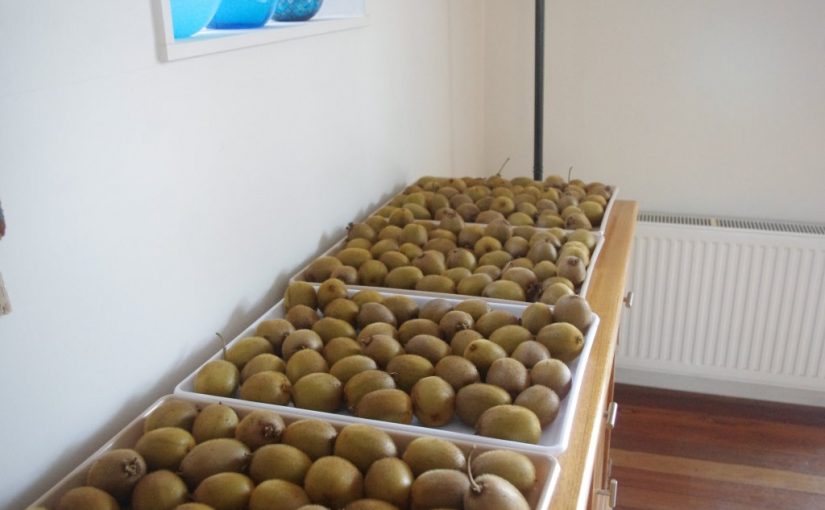 Sandra and I, share some common experiences. One of those is that the formative male in both our lives was not the father. In my case it was my grandfather, and for Sandra it was her uncle. As an incongruous fun fact, her uncle drove the same base vehicle that Mad Max (The Road Warrior) did. The gear shifter was vague and needed fixing, but that all added to the mystique. On the road it had a commanding presence.

He was a pretty clever bloke and worked as an architect. He’d earned six undergraduate degrees, and Sandra can recall him teasing her by suggesting that when she’d achieved that many, they’d be equals. Being clever meant that he never asked, but he understood her, his sister, and her home life.

So each summer Sandra spent in the the city of Canberra at her uncle’s house. Canberra is the nation’s capital where the Federal Parliament sits. To my mind the place is situated on land in the middle of nowhere, whilst the city itself is the product of an orderly mind. After all, it has been entirely planned since it’s inception. The original architects favoured geometric circles. Talk about revolutionary.

But best of all though, her uncle had an unheated swimming pool in which to while away the hot inland summer days. Being inland at elevation, just like here, the nights can get cold, even over the summer months. Thus the water temperature in the pool rarely passed 17’C / 63’F. That was described as the perfect swimming temperature. It is a truth universally acknowledged that children rarely are bothered by the cold. And Sandra and her friends from around the area enjoyed the amenities.

Enjoying the company of a kindred sharp mind, her uncle used to take her on visits to all the places of cultural and intellectual interest. The nations capital has many such places: The Questacon; the Mount Stromlo Observatory; the Botanical Gardens, just to mention a few. Even quirky places were visited such as the miniature village which sold home-baked pork pies. No stone was left unturned in the pursuit of culture, even the (destroyed by fire in 2003) Cotter Pub was visited to test the relative merits of various mulled wines. A charming place despite the huge contingent of bikie’s (bikers in US parlance). Fortunately, nobody came to any harm, and the mulled wine was apparently quite good.

Sandra’s mother was good with the piano, and enjoyed accompanying various local groups. Her brother (Sandra’s uncle), was the next level, and he played the organ at Duntroon Chapel for Sunday services, before eventually earning an Order of Australia medal. It’s a beautiful building, and as a child Sandra got to thoroughly explore the place.

Her uncle died in 2015, and there are only fond memories. However, like with the situation with my grandfather, we didn’t really ever spend time together as adults, and things got missed. For example, I wish I’d listened to the old bloke more when he was talking to me about his huge vegetable patch because now I don’t know what important information I ignored. Sandra likewise has similar regrets. Many years ago, her uncle sent her an email discussing the various strategies he’d learned for defeating the ‘Evil’ grade Sudoku puzzles. Being too young to be receptive to important information is often a stumbling block on the road to greater knowledge. Such was the case here, and the email was lost. Whilst Sandra is no slouch with the puzzle, she has to live with the certain knowledge that genius strategies were once within her reach.

In life you can encounter people who are a negative influence. Sometimes, those people can exert considerable power and control over your life. What you don’t understand when you’re young, is that other people can read the situation. They know. And a very few of those people can both read the situation, then step up to the plate. They’re rare people, and we’ve both had the good fortune to encounter them. It’s good to be able to take the time to appreciate such people.

This week we’ve done work when the mood took us, and it has been a slow and leisurely affair. Worked continued on the greenhouse project. The second of the raised garden beds was made from heavy treated pine sleepers.

With these raised garden beds we’re trialling a new compost product. It seems quite good so far and has produced a crumbly soil-like consistency. Into that stuff, we’ve mixed: Super Phosphate + Agricultural Lime + Gypsum + Boron + Blood and Bone + Chicken Manure + Coffee Grounds. That should give the plants grown in the raised garden beds a good start to life and hopefully contains a wide variety of minerals.

I pour the additives on top of the compost, and then mix it in with a rake and mattock. Last year we used a similar mixture of soil additives to good effect.

The layout for the greenhouse is now complete. It took a while before the arrangement of the raised garden beds became clear. And before constructing any of the beds, we tested whether the various paths were workable, and that all areas of the greenhouse could be accessed. There is even a park bench at one end were I plan to while away some time with a book on warmer days.

There’s a bit of work left to do before the project is completed, but the project is rapidly nearing completion. Trim (which has paint slowly curing) has to be installed, the raised garden beds need additional compost, the paths need a bit more crushed rock with lime, and the bird proof mesh needs to be installed over the ventilation points.

The King Parrots have begun to take a serious interest in the Kiwi fruit. Fortunately, we have plenty of fruit to share with them, and the brightly coloured birds make up for the paucity of flowers at this time of year.

We’ve begun harvesting the Kiwi fruit and have barely made a dent. The plan is to trial making some Kiwi fruit jam over the next week or so. I’ve never tasted that flavour, so hopefully it is good. Otherwise the fruit is being consumed with muesli for breakfast.