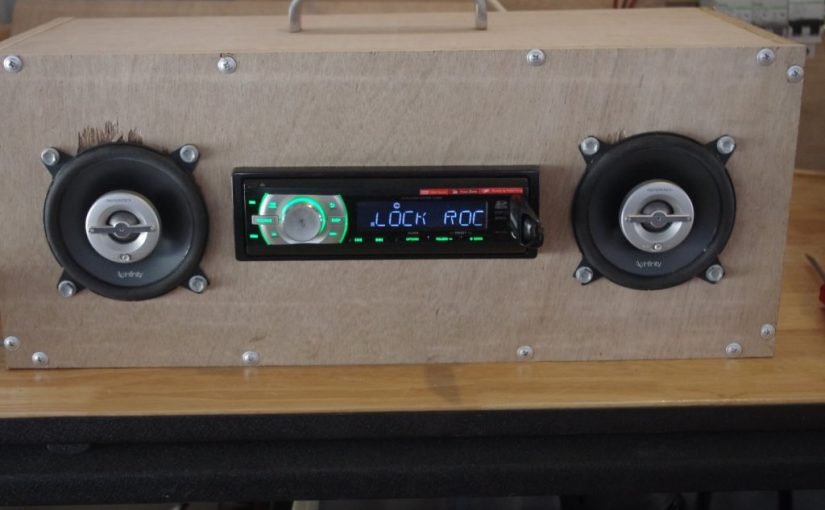 Recently, I haven’t been taking care of myself. I’d actually forgotten what it was like to feel relaxed. Hardly surprising after all. It’s come after two of the craziest years that I can recall. And as an old fella I can actually recall a few years. Yeah, frickin crazy days. On Friday morning I remarked to Sandra, that I would do no work, and I did exactly that. It’d been about my fifth day off work in about four months.

I can’t keep up the pace, what with everything going on in the background. Something had to give. Things have been really weird down here for about two years now. Let’s not forget the police and military checkpoints which I had to regularly navigate. Those things set my heart racing despite me having the appropriately signed papers and proper ID. Or the constant reminder on the news that X number of people had died that day due to the health subject which dare not be named – and that was repeated on the hour, every hour. Plus plenty of businesses were shut – for our safety of course, like music and dancing, which seems to have been viewed as something of a real problem.

Turns out the health subject which dare not be named has apparently produced something like a 4.6% increase in mortality when compared to the previous five years. And I believe that three quarters of the people who died, had three or more other health issues. That’s according to the statisticians at the Australian Bureau of Statistics, hardly what you’d describe as an excitable mob. I recall one news article proclaiming what a tragedy it was that some bloke who was 100 had died. Far out, at this rate with all the ongoing background stress, I’m not entirely sure that I’ll make it anywhere near that hallowed age. You know, I’m sure the statistics is a comfort to my old mate Mike. He died a while back and apparently his medical appointments had been allegedly cancelled due to fear that he’d get you know what. Look, it’s hardly the 50 million dead from the Spanish flu in 1919 when there were four times less people on the planet. But it ain’t even close to the estimated 30% to 60% of the European population killed from the Black Death. Hmm. Serious mortality rates I’ve noted, generally follow a famine or great and prolonged hardship. And last I checked, the supermarket seemed fairly well stocked, despite a few minor shortages.

It’s frankly a relief to see that articles on the health subject have now dropped to two thirds of the way down the interweb news pages. But with oil prices over US$90 per barrel, I doubt that things will return to normal any time soon.

Anyway, the constant poking, prodding and intrusions for almost two years now has worn me down a bit. Plus we’d been motivated by the various inexplicable material shortages to set some serious goals for upgrading the farms infrastructure. We reached for the stars with our goals! However, we didn’t quite achieve all of those starry goals, but all the same, we’ve produced some amazing results.

By Friday morning though, I’d had enough and called for a day off. Our main goal in recent times had been constructing the new larger replacement shed. That project is not completely finished, but it’s good enough, and it is far better than any previous arrangement we’d had at the farm. The only other non negotiable deadline facing us was to bring in the remainder of the firewood before the summer ended.

Summer has been very cool and mild. The nights have been cold again. I’m having doubts that the tomatoes will ever ripen, and over night moisture settles on the ground of an early morning. The moisture is not much good for firewood left out in the paddock to dry in the sun. The stuff is best stored away when it’s super dry. So we spent a day hauling and stacking firewood just to ensure the firewood job was completed for this season. It was a relief to get the job done at this time of year without disturbing any crazy deadly poisonous snakes. Do they really have to be the second deadliest snakes on the planet?

Ah, no more urgent deadlines, plus a day off with no fixed plans. It was like heaven for me. A very tasty Bánh mì was consumed. I may have even had an afternoon nap on the couch accompanied by a Kelpie dog. It was pure bliss doing nothing of any consequence, and just the sort of day I needed.

With no pressing deadlines and a bit of relaxation time enjoyed, future projects can now be done at a more leisurely pace. It was a pleasure to break ground on a new project this week, and just take things a bit slower.

Plans are afoot to enlarge the greenhouse. The existing greenhouse was something of an experiment. We weren’t sure if the building would prove to be useful. Most greenhouses and poly tunnels I’ve observed are based on designs that originate in the cooler northern hemisphere. They get way too hot for plants on stonking hot down-under-summer-days. Even these sorts of year-with-no-summer produces conditions inside a greenhouse that is too hot for the plants. The buildings require more ventilation than you’d see elsewhere. With that thought in mind, we constructed a greenhouse with more ventilation. And the experiment worked. I’ve never had it easier to grow huge amounts of seedlings. Why not make the building bigger, and incorporate other ideas into it? And that’s what we plan to do.

A few days ago, we broke ground on the project and began the earthworks.

Before anything can be constructed, we have to create flat land. In this case, the soil will be retained on the lower side by a series of steel rock gabion cages. The soil was dug, a new steel cage was produced, and rocks from an existing cage were removed from their cage and relocated down to this new location.

Moving a cage worth of rocks was far quicker than what I’d imagined. I drove the power wheelbarrow down the hill. Sandra drove the mower with an attached trailer. The new steel cage rapidly filled up. After three runs with the two machines, the new cage was full of rocks and waiting to be sewn up.

Alert readers will realise that there is an empty steel rock gabion cage just waiting to be sited next to the one in the above photo. Relocating cages and rocks will continue for a few more weeks before the next stage of the project begins.

As part of my more relaxed mindset, I decided to undertake a frivolous project that had been bubbling away at the back of my mind. I used an old car radio I had spare, plus some scrap plywood and decided to make an old school ‘boom box’ radio for the new shed! It looks pretty cool in a strange timber retro kind of way.

It was a fun project, except one of the stereo channels appears to be faulty. Back to the drawing board. Oh well. Concerned readers will be relieved to note that I have ordered a replacement car radio, and can’t wait to doof the neighbourhood with some block rocking beats.

Due to the cool growing season, things have been really slow on the food production front. We’ve got heaps of greens, and everyday we harvest blackberries for breakfast. There are more beans than I know what to do with, and it looks like the corn will soon be ready to harvest. But other fruit crops such as the grapes seem a bit slow to ripen, as does the plentiful and very tasty Chilean guavas which are still too firm to eat.

Even the zucchini plants aren’t producing the sort of monster fruits that normally make you wonder if a Triffid has taken up residence in the garden.

Fortunately there are a couple of warmer days coming up this week. Fingers crossed the huge number of tomatoes ripen. There’s no guarantees when it comes to nature.

66 thoughts on “Better off super-chill”