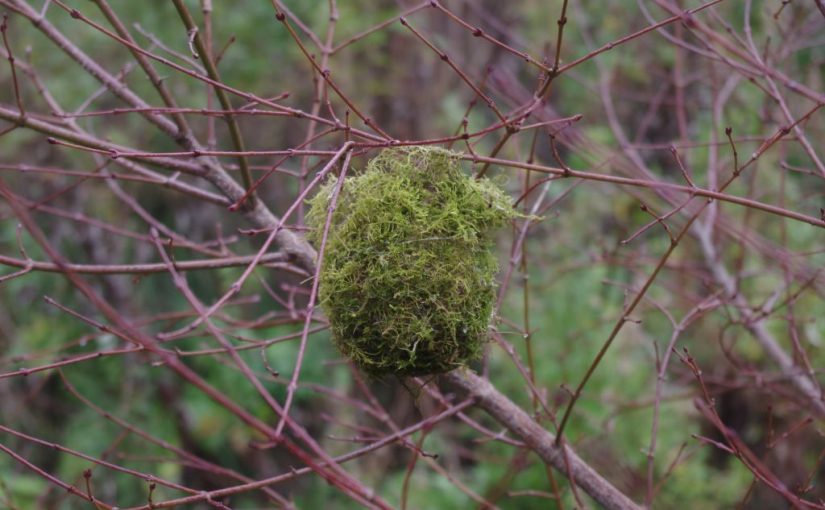 It is hard to think straight when there is the sound of a petrol (gas) generator chugging away on the other side of the door. We’re pretty much onto the details of the weather forecast, but some days even we get things wrong. With the original forecast in mind, we committed to using the electric oven for four hours earlier today. Dog biscuits were baked. A couple of fresh bread loaves were made. Vegetables were roasted for use later in the week on home made pizza and in other meals. And all the while we used far more electricity than we generated, and the battery voltage dropped.

Thick cloud obscured the promised sunlight and the solar power system only managed to generate less than an hour of peak sunlight for the entire day. The amount generated was still an impressive effort, it just wasn’t enough. And all the while we secretly hoped that it all somehow all didn’t matter and things would be fine. By early evening as darkness descended over the farm, the battery voltage looked much like the stricken Titanic, and you knew that without help it was going to sink further into the murky abyss and not come back any time soon.

It’s been a bit of a long term personal goal to not have to use the fossil fuel generator at all. This is the second time this year that the generator has had to be lugged out and used, but hopefully it is the last time. However, you never really know how things will roll on that front.

One of the great lies pedaled around at the moment is that we can somehow have today’s civilisation except that it will all be powered by 100% renewable energy technologies. A decade ago I would have been cheering on such a future, however, nowadays with the sound of the generator chugging away on the other side of the door, I’m not so sure that it is possible. Of course due to the inevitable depletion of finite fossil fuels, some day we will as a species get to experience a 100% renewable energy future, however the details may vary wildly from today’s claims.

Recently I’ve been reading a book by the New Orleans author Azby Brown, titled: “Just Enough”. The book has the catchy by-line: “Lessons in living green from traditional Japan”. The book is a superb read as it describes in minute detail how a city in Edo-era Japan operated using predominantly local resources.

As an interesting side story, a local bloke from around these parts who I knew well, profferred a blunt observation many years ago about my own house. He opined that it was not a posh house! Posh, of course is an English derived word which refers to: “the quality of being elegant, stylish, or upper class”. I can’t argue with the local blokes opinion, but the thing is as I was reading the book on Edo-era Japan I had this bizarre realisation that the house here replicated many of the aspects of the home and surrounds of a reasonably high caste Samurai from that earlier time period. The author had used the following words to describe the life of such persons under the title of: A life of restraint. And I can’t argue with that observation.

Anyway, all those years ago, it wasn’t lost on me, that the local bloke was bluntly suggesting that the house which the editor and I had built with our own hands, had little to no market appeal. The author of the book on Edo-era Japan was perhaps more eloquent, but no less blunt in his assessment of the err, current (and perhaps posh?) housing trends, and here I quote the author:

“Virtually every detail is imbued with significance, with suggestion, and with information about the occupants, their history, their social standing. These homes (i.e. the Samurai homes) express education and cultural background, unique tastes and idiosyncrasies.

The samurai house opens up to the first time visitor like a valued book, all the more remarkable because it is so utilitarian. In our drive to preserve our privacy and security (and here the author is critiquing current housing by way of contrast), we have perhaps allowed our homes to say less about us, on the one hand to conform to fashion and social norms and on the other to indicate truly nothing significant. Seeking freedom, we have perhaps achieved rootlessness”

A blistering critique. I count a few people as friends who have like the editor and I, constructed an idiosyncratic home that is a reflection of their personalities and history. However the paperwork and legal hoops required to achieve such an outcome truly boggles my mind, and such a journey is not for the faint of heart. It shouldn’t be that hard for what is a small house up in the forest.

The house here reflects the editor’s and my own life of restraint. It is now deep winter and the mountain air outside the house is icy cold. Despite the minor inconvenience of running the generator twice this year, the house is toasty warm and welcoming, and it fulfills our needs. And importantly, the house and surrounds tell a story of restraint for those who care to read.

Thankfully for me, all is now quiet again because the generator eventually used up all of the fuel in its small tank.

Yesterday evening I watched a sobering Frontline documentary on the Paradise fire in California. It is available for viewing on YouTube. The editor and I volunteered with the local rural fire brigade for a few years and we learned a lot during that time. One of the things we learned out of the truly epic Black Saturday bushfires in 2009 was to leave early and let the house look after itself. The house was designed and constructed to withstand a minimum of 30 minutes of direct flame contact before burning to the ground. It is one of the few in this state that is so designed. Even so, it is not worth risking our lives, as we may have stuffed something up during the construction process. It is worth noting that I read somewhere long ago that it takes about 4 minutes for a house to burn to the ground.

Anyway, one way to reduce the fire risk when your house is located in a tall forest like this one, is to clean up the surrounding forest. The indigenous folks did just that for tens of millennia before the Europeans arrived on the scene, and they apparently have no oral history of the sorts of large scale fires that we now get. I’d have to suggest that they were not as lazy or as negligent in their care of the environment as we seem to be. So I spent two days this week cleaning up the surrounding forest. It was a right mess in there.

I also recently read a book on indigenous land management practices by the author: Victor Steffensen, and the book was titled: “Fire Country”. It is an excellent read. The indigenous author made a witty observation about one particular forest being so thick with piled up organic matter that ‘even the kangaroos could not hop through because of the mess’. Of course he then went on to explain that the unfortunately the kangaroos had to hop down the road where they were likely to end up as road kill, and then they had to eat near to or on farms where they may be likely shot. The surrounding forest around here looked a lot like that description.

It is hard work, and all of that accumulated material is what drives the really hot wildfires down here. And there is no end point for the work as it requires continual maintenance, and for multiple generations. The alternative of doing nothing and letting a very hot fire rip through the area plays out continually, and it is not a good outcome for the environment.

The cage was placed into position and is now about 15% full.

The line of rock gabion cages is looking really cool. And there is only one more cage to construct and place and the line will be complete.

In the above photo, you’ll see three large round raised garden beds which we use to grow potatoes. The raised beds have excellent drainage and plants grow really well in them. However, these three beds will soon be moved as they make way for a greenhouse which we’ll use to raise seedlings.

The potato beds will be placed on the highest garden terrace, which is soon set to be lengthened. Unfortunately at the far end of the highest garden terrace, there is a really massive rock. We began to tackle the rock by lifting it ever so slightly out of the ground using hand tools. The plan is to break the rock up into smaller chunks. It is a plan, and we have no idea whether this is possible (or not) to achieve, but we’ll give it a go anyway.

Long term readers will be happy to know that we have begun training the two new sheep dog puppies (Plum and Ruby) in earnest. And they’re learning fast.

Some winter days the sun shines, and other days low thick cloud brings plenty of rain. The warm then cold wet weather is producing a bumper crop of fungi. And some forms are really odd looking:

And speaking of new growth, an abandoned birds nest (which was unfortunately located in a deciduous Japanese maple) has sprouted with moss.