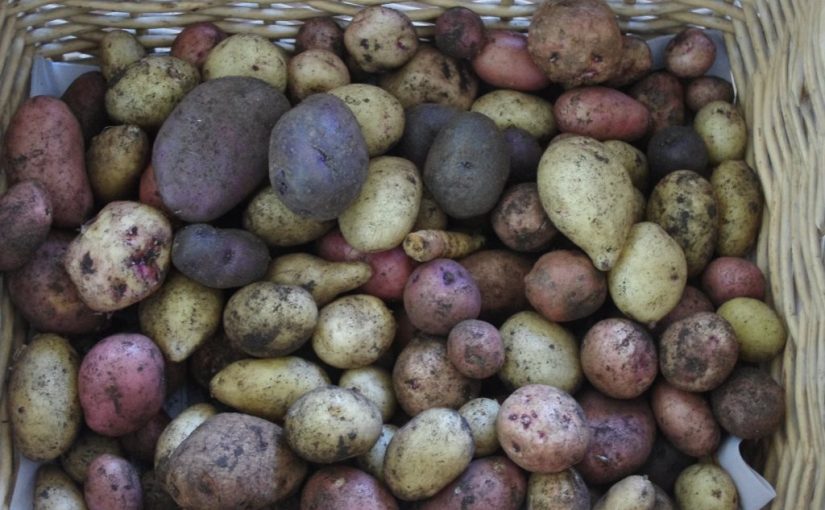 Tuning into the news today, oh boy! Another couple of weeks in lock down have just been added to our sentence due to the health subject that dare not be named. I must confess to feeling a mild state of shock at this turn of events. It is one thing to discuss the decline of Western civilisation from an abstract perspective, it is another altogether different thing to live it in the flesh. Still, mustn’t grumble at how fate plays out, as the English have been known to wisely observe. Anyway, down here in this corner of the planet, you have to be very careful as to what you say on social media, because after all we are in a state of emergency and the government has wide ranging powers at its disposal – and is apparently not afraid to use them, as this lady discovered: https://www.abc.net.au/news/2020-09-02/woman-charged-ballarat-covid-protest-live-stream/12623118

It is certainly interesting to err, live in interesting times. The editor and I live in a rural area outside of the Melbourne metropolitan zone, and so we live with marginally less restrictions than our compatriots in the big smoke of Melbourne who are under curfew which will continue into the foreseeable future. All the same the rural areas are still under pretty restrictive conditions, and at all times away from the house we have to wear a mask – even when there are no cases in this area.

Earlier in the week, the winds blew very strongly. The farm and surrounding forest is usually protected from strong winds, but not that day. Large tree branches fell in the strong winds and it would have been fatal to be hit on the head by one of them. So yeah, being aware of your surroundings is not a bad idea.

But it isn’t just my peripheral awareness that is restricted, so to is my ability to think clearly. The other day I was filling out a basic form whilst in public wearing a mask, and my brain just wasn’t working right somehow. It was hard to discern exactly what was going wrong, but there it was – wrongness. And it was a basic form after all. ‘Carry on and keep calm’ is a saying which has been bandied around of late, and who can argue with such an adage? The form was fortunately eventually completed, and hopefully it was done correctly.

One thing I don’t miss is the small talk at the local supermarket. Yeah, I can do without that. At the local supermarket, in the now far distant recent past, the ladies at the registers always used to ask socially uncomfortable questions that were very hard to answer. It might sound innocuous to be asked in a bright cheery voice: “Have you got much on for the rest of the day?” Of course back in those care free days, shopping in the morning hours when parents were dropping their kids off at school meant that the supermarket was a quiet and pleasant experience. Clearly the staff may have been bored. Nowadays parents are home schooling.

To this very day, the only possible answers as to why such a question was posed to an unattended male of working age was that perhaps it was a policy of the store, or that my ambiguous employment status piqued the curiosity of the staff. Either way, satisfying other peoples curiosity is not my problem and they have to deal with the mystery. However, the situation has now become a moot point. Nowadays with the staff wearing a mask all day long, about all I’ll hear is: Do you have a loyalty card? And communication has now evolved to the point that a grunt of reply, or just merely handing the loyalty card over seems to satisfy the requirements of the system. Neanderthal, yes, I can speak Neanderthal when required.

So clearly wearing a mask all day long and serving the public is something of an impost, despite the claims to the contrary. The other week I was at another local business where the usual conversations generally far exceed the minimum standards required of the average Neanderthal. Materials were purchased, and a bloke took me over to where the materials were located. The heavy materials were left for me to load onto the trailer whilst wearing a mask. Upon completion of the task, a feeling of compassion came over me for the employees of the business, because I felt very hot and bothered whilst loading the heavy materials, and I don’t have to do that all day long. At least I could remove the mask once back inside the car. And it is early spring after all, and the air is still cool – what the heck is summer going to be like?

The other really weird thing is that nowadays it is hard to see a persons face. Sure you see their eyes, but it is really hard to read a persons expression. What is going on in there, becomes a complicated question for me now when confronted by eyes without a face. If ever you’ve communicated with a person who enjoys regular doses of botox injections up their face, well, you might know what I mean! And we now seem to have weeks and possibly months of this left to go. It feels like oppression to me.

The weather pays no attention to such human concerns as viruses, lock-downs and masks. Spring has arrived and it may be an early and long spring this year. The sun is shining, and when the wind is not blowing strongly, the weather is sweet. The bees have been foraging in the garden for many weeks now.

Last week a new timber raised potato bed was constructed. This week, we relocated the contents of the existing potato beds into the new construction. The old steel rings had to be cut away from the soil in order to make the job easier.

It took about half a day to move all of the soil and potato tubers and plants. All of the material had to be walked up hill to the new timber raised potato bed. But eventually the job was done and the site was cleared.

The new raised timber potato bed looks good and it is chock full of potato tubers which will hopefully produce more tubers by the time autumn rolls around again.

The deconstructed beds produced a huge amount of very colourful potatoes. The potatoes grown here are all heritage varieties and require very little work. Even during the hottest and driest summers the plants barely get any additional watering.

Once the contents of the potatoes were moved to their new bed, we could begin construction on the new greenhouse project. The timber posts and some of the frame were constructed and cemented into the ground.

Last week an inordinate quantity of rocks were unearthed. This week we decided to construct the final steel rock gabion cage which will sit at the very end of the terrace where the new greenhouse is being constructed.

The steel rock gabion cage was then dug into the ground at the very end of the terrace.

Observant readers will note that in the above photo, there are two gabion cages which are open and can receive more rocks. One of those two gabion cages was completely filled with rocks and sewn shut with steel wire, whilst the cage at the end of the terrace is now about 20% full.

The area on the terrace behind the two gabion cages was filled in with a combination of rocks and soil, and then covered over with the locally quarried crushed rock with lime.

58 thoughts on “Eyes without a face”