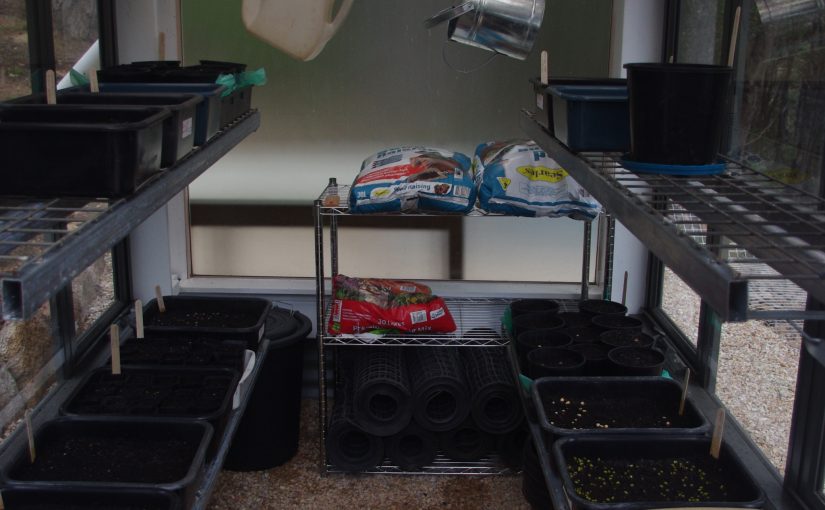 There was a line in the 80’s TV show Cheers where the character Norm, who’s wife was apparently at home whilst he was at the pub, suggested that: Women. You can’t live with them… pass the beer nuts. It was a bit cheeky for the character to have said so, but you know, some arrangements aren’t for everyone. As a comparison I’m rather fond of drinking dark ales and talking rubbish with the editor at the local pub. The local pub after all, has only recently been allowed dine-in seating again under strict conditions. And truth to tell, take away pizzas and beers in near freezing winter conditions outdoors was a fun experience, but at the same time it was also possibly over rated.

But yeah, back to Norm. Off grid solar power systems, can’t live with them… pass the beer nuts! During winter I noted that the lead acid batteries which are more than a decade old and supply electricity to the house, weren’t quite their usual chipper selves. The batteries weren’t dead yet, however it was more as if they’d gotten a bit long in the tooth and no longer decided to store as much electricity as they once did.

Of course, entropy is a constant companion on the journey that is life. And it is also a truism that as a person ages, they are less able to work as hard as they once did. The batteries are no different. They’re not dead yet, they just don’t hold the same sort of charge they once did when they were in the prime of their youth. It happens. Even the best dark ale goes flat eventually.

Observing how the batteries were performing during the recent winter, we decided to purchase a brand new set of much smaller lithium batteries. The purchase occurred after much soul searching, bank balance considering, and all round belly button gazing. I contacted the supplier and asked whether they had the stock on hand and could deliver to this remote spot. The supplier responded in the affirmative, the bank balance was drained, and the new batteries were in our hot little eager hands within only a few days. Smooth stuff.

Whilst the purchasing story was going on, I took a deep dive into the details of this new lithium battery technology. Turns out the stuff is complicated as. It’s a good thing that we can do complicated, if needs be. But just in case we couldn’t do complicated, and something went horribly wrong, we made the decision to dig a little bit deeper into the savings and purchase a single spare battery. After the genuinely pleasant, but remarkably expensive first transaction, I’ve now discovered that I’ve been put onto back order and have another month and a half to wait before the spare battery arrives. Fortunately I’m not in a hurry for the spare battery.

Here is the strange thing though: I’m hearing all sorts of anecdotal accounts from various sources which suggest to me that supply lines are under extraordinary strain at present. A year ago this was not the case, but today it is. And few people want to take notice of that particular story. Neither is the story discussed in the records of our societies affairs (A.K.A. news media), but it is there all the same.

As I’m an old fella now, I can make valid comparisons to the recession of the early 90’s. It was the recession that we had to have, apparently or so they told us at the time. I was forced through no fault of my own to work in corporate debt collection for four years, or face unemployment. It was not a hard choice to make, and the job taught me about the darker side of the human experience and the sheer lack of variety in lies.

The job was hardly well remunerated, but it did pay far better than unemployment benefits (‘the dole’). One notable memory from that time was that a good mate of mine was badgering me about going out and spending lots of mad cash. Unfortunately, despite the job being better remunerated than the dole, I hardly made enough mad cash to survive from pay cheque to pay cheque. Chuck into that heady mix of trouble an unexpected bill, and finances could get very exciting indeed.

Anyway, it was a truly embarrassing experience to explain to my mate, who seemed unencumbered by a regular job and candidly received most of his mad cash from his well financed and free handed parents, that the recent unexpected car repairs (which I had to provide the labour for) meant that I was now faced with the choice of heading out with my mate, or purchasing some new socks. Only those who have experienced worn out clothes will truly know what the word threadbare means.

Those days were different though as the dilemma faced was that there were items in the shops for people to purchase. It was simply that mad cash may not have been ready to hand for people to complete the purchase transaction. The same was true of The Great Depression during the 1930’s.

The story however now appears to have been flipped on its head. I have the mad cash to spend, but the supplies may not be there in the shops. The outcome is the same, although the story this time is admittedly different and is a credit to the mad skillz (sic) of the Modern Monetary Theorists. So now I play the waiting game for next the month and a half and so wait for the spare battery order to be fulfilled. Unfortunately a person cannot foresee every eventuality, and there are a few things that I am waiting upon, besides the battery.

The supply story is quite interesting. For readers who have been living under a rock, metropolitan Melbourne is currently placed under one of the strictest restrictions in the world, all due to the health subject which dare not be named. It is an impressive achievement for a city of 5 million souls. The farm is located several kilometres (which equals slightly less in miles) outside of that metropolitan area, but from here the restrictions appear to be like watching a slow motion car crash.

It isn’t only orders for stuff delivered through the postal system that are mildly challenged. Weeks ago I did a click and collect purchase at a hardware store. The item I had on order was very heavy at 32kg / 70 pounds, and I looked in despair at the petite young lady wearing a mini skirt and tights, who was valiantly bringing orders out to various people in waiting vehicles in the wind swept car park. You had to book ahead too in order to arrange collection. And customers were not allowed to assist the young lady loading the stuff into their vehicles. There was a young bloke also doing that work, but he casually disappeared and was not seen again. Eventually after 40 minutes of waiting, the above mentioned young lady and an equally small colleague brought the heavy item out and proceeded to load it into the dirt mouse Suzuki. A truly painful experience.

Such strange days. It is actually hard to think straight sometimes with all the restrictions and noise in the media, and especially with all that lot pushing the fear button really hard. Despite all that background noise, what I am seeing is that there are escalating supply issues. And having no money and being unable to afford to purchase stuff, is not really all that different from having money and discovering that products are unavailable to be purchased.

Which brings to mind a recurring memory from childhood playing a game of ‘musical chairs’. It’s a brutal game where kids circle a bunch of chairs to the sound of music. However there is always one more child than chairs. When the music stops, the kids stop circling the chairs and just try and grab whatever chair is nearest to hand without getting into fisticuffs with the other kids – not always achieved. I did mention that it was a brutal game. The music starts again, the circling recommences and there is one less chair and one less kid.

The thing about the game though, is that it taught me that sometimes in life you just might not get the chair and where you are is where you end up.

The greenhouse project took a further two days of work to complete. There were a few minor changes to the polycarbonate sheets above the front door and also the rear window. We thought that the white painted upper edges of the roof joists above the door needed to be seen. And crucially after many suggestions from the editor and many of the lovely people who regularly comment, we added another two racks of seven foot long shelving.

The shelves were constructed from scrap steel we had stored. Over a few hours the steel was cut, welded and then anchored into the greenhouse.

As can be seen in the above photo there is plenty of space for raising seedlings. To put the space into some context, here is Ollie and I enjoying the spring warmth inside the greenhouse.

Just behind the greenhouse we placed a very solid and heavy table with which to pot out all of the various seeds for the growing season.

Very observant readers will note in the above photo that the polycarbonate sheet above the rear window comprised two sheets last week. We replaced the two joined sheets with a single sheet from the leftover scrap.

The potting table assisted greatly, as we were able to easily set up a production line for all of the many varieties of plants which we are hoping to grow from seed this season.

And there is still more space left inside the building! The building works well so far and late this afternoon the outside air was 26’C / 78’F and inside it was 32’C / 89’F. Good stuff.

The early fruit trees look set to produce a decent harvest this year. Admittedly it is unwise to count ones fruit until it is harvested, but all the same, the trees are looking good.

In the warmer spring weather earlier today, the bees were everywhere harvesting pollen and nectar from all of the many flowers. The native bees were also out and about foraging.

52 thoughts on “Where ever you find yourself”