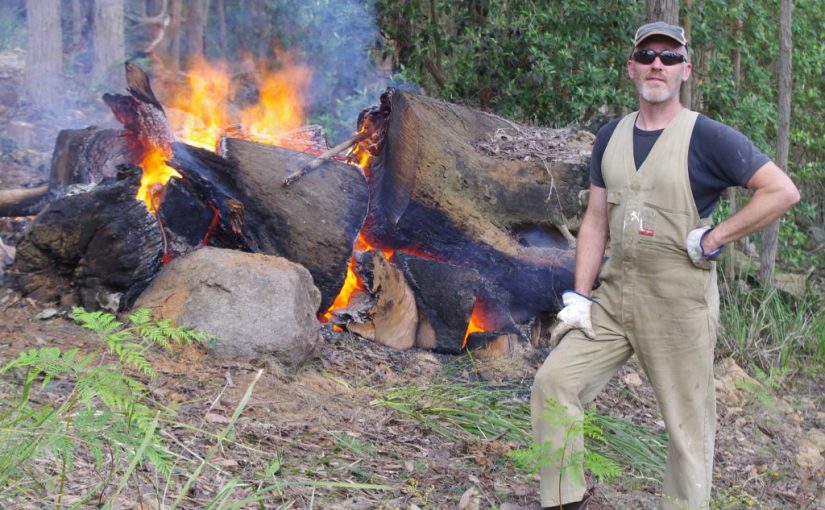 Rain poured down out of the sky. It was a torrential, almost tropical rain, but at least the day was sort of warm. In those days I didn’t think much about the weather forecast. Who does? Anyway, it was a long time ago, and there I was on my push bike cycling the short ride from my inner urban abode to the city, and I was getting totally drenched.

The destination of my ride was the Melbourne Town Hall, and I can clearly recall that upon reaching my destination, I locked up the push bike outside on the city street, and immediately headed to the bathroom. Under the hand dryers I sought relief from the damp as I was sodden from head to foot, and then back again.

I was there for one of my final University exams. The subject was Accounting Theory, and despite the epic use of the hand dryers, I was still rather damp, but at least I wasn’t dripping water on the floor of the august Town Hall where the exam was held.

After taking my seat, the call “Reading Time” was heard. Quiet swept over the hall. The occasional cough, the nervous shift of a body upon a seat, and the too loud ticking of a clock were all the sounds that could be heard despite the many bodies sitting in that grand hall.

For me it didn’t seem all that long between the call ‘You may commence writing’ to ‘Pens down’. The clock indicated that the time elapsed was three hours, and yet it felt as if it were mere minutes. And I was still damp and uncomfortable from the earlier rainstorm.

There have been many times during my life that I’ve had to just push on through personal discomfiture and just get on with it. It’s not just exams which that technique is useful for, and there are plenty of other life experiences like that. A former Prime Minister of this country once quipped: Life wasn’t meant to be easy. Yeah, tell me about it.

I rode home again on my push bike, and it was a relief to get there without another drenching. Note to self at the time: Take more notice of weather forecasts in the future.

A few months passed, and then I received a letter in the mail from the University. Maybe it is just me, but official looking letters received in the mail usually leave me feeling a bit cold despite the contents. There was a song on the radio last year by the English artist ‘Rex Orange County’, and the song was titled ‘New House’. There were two lines that just resonated with me at that particular moment in my life (and this is a direct quote of the most excellent lyrics): Everybody needs something all the fuckin’ time. Oh yeah. Mate, I’m hearing you man! Anyway, way back as a young bloke when I received the letter from the University I was beyond busy.

Turns out it was unnecessary to feel put upon because the University were congratulating me for the academic achievement on the day of the very wet Accounting Theory exam.

Working full time, studying part time at night, and repairing houses on other nights and at weekends. Yeah, busy, plus I kept up my relationships with friends and of course, the editor. People tell me that they are busy, and I suppose it is true, but from hindsight I don’t really know now how I juggled so many things. Less hair back then was an undocumented feature.

It goes without saying that I am an enterprising and resourceful individual, or I’d like to think so, and the degree combined with the prize felt like a ticket to whole another world. Exercising those resourceful traits, I wrote a lovely letter to the nice company which sponsored the prize, after all they were in the business of employing accountants and hello, here I am over here! Then I waited for a reply.

Fortunately I wasn’t holding my breath waiting for a reply, because I would have eventually run out of oxygen, and thus sadly not be here today. Silence was all that was heard on that front. Nothing. It was the tail end of the recession of the 90’s and even in those latter days, things were still tough for people seeking employment. There were no dream jobs, there were just glad-to-have jobs.

The truth was it all meant nothing and I had to continue my basic job as an assistant accountant. Back in those days I had to hand write all of the employees salary cheques (US parlance: checks). Given my understanding of the businesses finances, as soon as that my cheque had a signature on it, I left work immediately without seeking permission and rushed down to the bank to cash it. There were no better jobs to be had at the time.

It is funny the changes to Higher Education which have taken place in only my awareness. It has been a wild ride, that’s for sure. When I was a young child, I recall my mother also studying part time at University so as to earn herself a degree. Not too many years before those days it would have been unheard of for a single mother to be able to study for a degree. But there she was and with a fully paid-for-by-the-public course. Her employer even gave her time off work during the day so as to attend lectures and tutorials. My experience was very different and involved mad cash outlays and late nights spent with strangers in places of learning. Ah, decline is a wonderful thing.

In the years after I completed my degree, the ever increasing number of students completing similar education pumped out by the Universities was mildly alarming to observe. After all, my understanding of economics is sufficient to realise that increasing any supply of labour, will tend to lower the rates paid for that particular labour.

Recently I read that the Federal Government down here has moved to increase the cost of University Humanities subjects, and decrease the costs for other subjects which are actually in demand by employers. Economics is an oddball field of study, but this technique is known as ‘price signalling’. That obscure label generally means letting it be widely known that a product or service is going to be more expensive (or cheaper) than previous, despite the potential for demand destruction (i.e. less people being able to obtain the product or service). University courses are after all in pure economic terms just another service. Whether the demand destruction occurs soon, I really don’t know.

It has also been something of a continuing mystery to me that over many years with various people I’ve spoken, that they are unable to see student debt, as debt. In their minds it is something else, although to be candid I’m honestly not certain what they mean – but it is definitely seen as something else. Possibly people see it as an investment, but the returns these days are candidly not good. A true mystery.

Due to the health subject which dare not be named, I believe that High School students between the years 8 to 10 have been singled out to continue remote learning – whatever that is. All of the other kids have or will return to classrooms.

If I was a cynical bloke, I’d suggest that these youngsters are at about the right age to be shuffled off into apprenticeships. It is possible that this is the outcome so desired by the policy. Certainly there has been a lot of financial support announced for businesses to take on apprentices, so it might be a coincidence, but then again it might not be.

We’re in such strange times. At more amused moments I call these days: The Blameless days. So many cultural and societal things seem to be quietly getting sorted out/or corrected in the background, and all the while the news media is full of stories of the health subject which dare not be named. It’s interesting day’s, that’s for sure…

This week an epic atmospheric river dragged an infeasible quantity of water from the now warmer Indian Ocean up in the far north west of the continent, and dumped that rain all the way from there to down here in the far south east. That’s La Nina for you.

For most of the week, we received just over an hours peak sunlight. The solar power system here was fine – just. But the thought of running an industrial society on this technology, well it would be like watching a horror show!

In some of the paddocks in the farms in the valley below the farm I can now see standing pools of water. I can’t recall seeing such a thing since the last epic La Nina back in 2010/2011.

Despite the rain, it is now getting much warmer and drier here as we move closer to summer. UV is now rated as High each day and the sting of the sun can be felt even when the air is cold. With the forest seriously damp due to the heavy and prolonged rain, we decided to burn off an epic tree stump left behind many decades ago by the loggers.

The tree stump must have challenged the loggers because near to it I discovered a broken steel cable which was discarded. I’m assuming that the cable was attached to a bulldozer and the cable broke. The loggers probably decided to leave the tree stump and broken cable there where they stopped.

From time to time I get some guys up to work on the farm. Those guys are the ‘tree dudes’. Those guys work as hard as I do, and this week I got them to chop up the massive tree stump into several smaller – yet still bonkers large – pieces.

A six foot steel wrecking bar is used to move the pieces around. The timber is so dense and heavy that, well that’s why the steel cable the loggers used was broken! After the pieces were moved around a little bit, we then began to burn off the stump. The ash will be spread around the area and plants will again be able to grow in the place where the stump sat for all those years.

Earlier in the week the farm machine repair guys gave me a second hand scary old wood chipper to test and see whether I wanted to purchase it. It is a beast of a machine and chewed up all of the various chunks of fallen forest litter found in that area. The chipped up organic material will feed the soil and increase the general fertility of the area.

We also set up six more flats in the greenhouse and are now raising corn, peas, artichokes and bean seeds. The greenhouse is only being used at this stage for seed raising purposes, and this is our first year of utilising a greenhouse for this purpose. It’s exciting!

53 thoughts on “Gimme the prize”