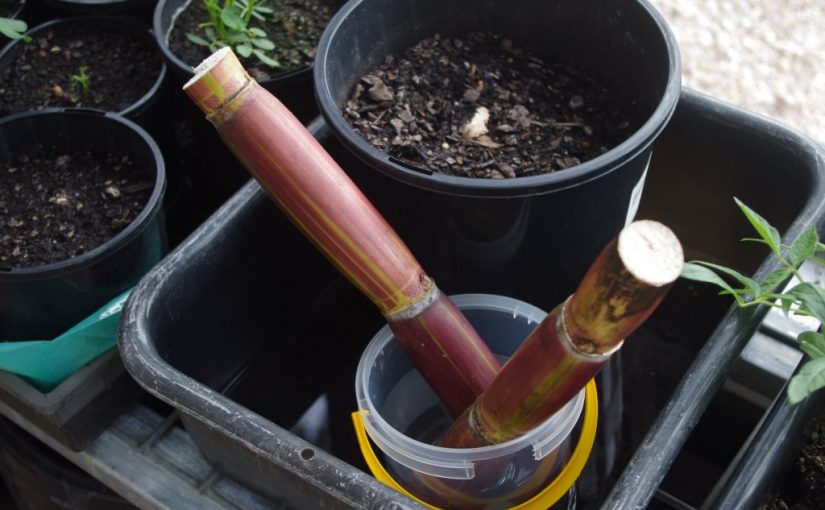 Friday lunchtime found the editor and I stuck in traffic heading back out of the city. The vehicle edged slowly past the road works and other slow points along the journey. Buses stopped in the left hand lane to disgorge passengers whilst also letting new passengers onboard. The other vehicles on the road waited patiently. The day was warm, and the sun shone down through clear blue skies. Where the sun touched your skin, you could feel the suns bite. The air filled with the smell of the heat and all the pent up energy of those combined engines ambling along the hot asphalt.

The road was long and we were heading to the nearest freeway. Alongside the road where the cars could not venture, sometimes there were houses whilst at other times collections of small shops. At one point along the journey, the state government had constructed an enormous bridge so that trains no longer ran at ground level, because they now ran in the air. Buildings were rarely more than two stories high, but the residents of the few apartment blocks which overlooked the new elevated train line would certainly have had a good view of the workings of the train system.

Stuck in the traffic, as a passenger it became hard not to notice the small shop attached to a large brick house. The large house dated to the 1970’s and the builder had used what is sometimes called ‘cream bricks’. To my eyes, the brick cladding on the house has an odd light orange colour. It is probably not wise to consume cream which had somehow turned a light orange colour. The small shop at the front of the large cream brick clad house proclaimed that the services on offer were a ‘Cobbler’.

A cobbler is a person who can make and repair shoes. Having worked as a factory accountant for a shoe manufacturer in my earlier days, the sight of a cobbler brings back wistful memories. The traffic moved on as it slugged up the road in the summer heat, and the editor listened to my observation: “I’ll bet that dude knows a thing or two about shoes”. Sadly, most people upon encountering a damaged shoe these days would just go and buy a new pair of shoes.

A few weeks ago a mechanic advised me to get a replacement set of four new tyres (tires in US parlance) for the dirt rat Suzuki. Being able to take advice is something that may come with age, or also possibly with a families economic position. It’s been my professional observation that people deriving from ‘old money’ families are more prepared to ask for and pay for advice, and then act upon it.

The nearby town is small and yet it has two tyre dealers. One of the tyre dealers has always been reliable over the past decade, and so there is no reason to visit the other dealer. My visit to the tyre dealer this time was no different than any other visit. The bloke at the counter took my requirements for the dirt rat Suzuki. We had a lovely chat about the joy that is owning a Suzuki four wheel drive: Small; cheap to run; and goes anywhere. Then the bloke casually mentioned that he was only able to obtain one choice of tyre in that sizing.

I’ll guess I’ll take a set of them, came the only sensible reply.

What else do you do? Way, way, back in the day, that particular situation would have been stated as: you’ve got Buckley’s or none, meaning that there was no other choice or chance. The saying came about due to the improbable survival of the escaped convict William Buckley – a truly fascinating tale, but for another time. The bloke candidly enlightened me that they were having serious troubles sourcing product for customers. If that was the first time I’d encountered this response it would be a surprise, but unfortunately it wasn’t. He also mentioned that his brother was a steel fabricator (i.e. a person who makes steel things) and he was also having troubles sourcing reliable quantities of steel for his work.

The candid story did not surprise me as I’d also worked for a steel distributor way back in the day. What can I say, other than I got around a bit. Back in those days most of the steel sold was Australian made. However, they were in the early days of supplying imported steel which was demanded by the consumers in order to lower costs, and the distributors knew what that all meant. Mutterings were occasionally overheard in relation to the quality of the structural steel, but if the paperwork said it was all OK, it was all OK.

Maybe it is just me, and also possibly because I live on a rural property, but I end up purchasing some very unusual supplies. However I’m encountering more supply shortage stories like that tyre one. Another recent example was that last weekend I cleaned up the electric pump which supplies the house with water at pressure and on demand from the water tanks. It’s a complicated system and the electric water pump is protected behind two steel fire shields. One fire shield is good, but two is actually better. The downsides of the fires shields protecting the water pump, is that spiders love to spin their webs in a nice cosy spot safely out of the weather. As the spider webs were cleaned away from the water pump and its workings, the rust spots on the water pressure tank became apparent. The local water pump shop in the nearby town informed me that they had only a single water pressure tank in the size that I was after. Yes, I’ll take that, thanks very much.

And on and on the strange supply shortages experiences pile up. This has only been a recent occurrence of about half a year maybe longer, but it does seem to be getting worse in my experience. Perhaps if it doesn’t improve soon, more people will begin to notice. Adaption and grasping at opportunities is possibly the best approach in these circumstances.

Over the past few months we’ve been keeping our eyes open for a pair of matching draw units for the bedroom. Long term readers will note that we are not adverse to purchasing high quality older furniture and then restoring the items to better than new condition. And so this week we began restoring some 17 year old locally made solid hardwood draw units. Why anyone would stain local hardwoods a deep red colour is something that is beyond our understanding. Easily fixed though.

It is worthwhile recalling that newer furniture of dubious materials, uncertain parentage and dodgy construction is possibly also very difficult to repair.

The excavations for the new shed site continued this week. We dug further back into the side of the hill and also widened the site. It is almost impossible to discern how long the excavations will take, but certainly they will be ongoing for several months. At almost the perfect location we uncovered an epic Moby (Body) Rock II. The rock is huge.

Observant readers will note that in the above photo, Plum and I are sitting resting upon the huge Moby (Body) rock II which was unearthed. During the week we also constructed a new steel rock gabion cage (which can also be seen) and have began filling it with rocks excavated during the digging. The steel rock gabion cage retains the soil at one end of the garden terrace project (the terrace with all the roses). And the excavated soil was covered with a layer of the locally quarried crushed rock with lime.

All the excavated soil did not simply disappear! To the contrary, clean soil is a valuable resource and we have been moving it to another part of the farm so as to produce a gentle gradient path leading into the orchards.

Over the past couple of weeks I have been reading the book: ‘Cesar’s Way’, by the author Cesar Milan. It is an incredible book about dogs, and shares the authors insights into the inner workings of our canine friends. We’ve instituted many behavioural changes with ourselves and the fluffy collective, and the results have been good.

Now that we have a greenhouse, we’ve begun experiments with some very useful tropical plants which otherwise we’d have no chance of growing in this cool temperate environment.

The weather sure has been warm to hot this week. The little gecko equivalent skink reptiles whom spent most days hunting in the garden beds, are abundant.

My favourite vegetable is Globe Artichokes and it is fortunate that we grow dozens of the plants. The taste is superb and once established the plants produce the edible chokes for most of the growing season.

The grapes on the vines appear to be slowly getting larger. All of the varieties we grow here can be eaten either fresh (i.e. table grapes) or converted into wine.

The peas and beans are reaching for the sky. I can well understand how the story Jack and beanstalk came to be as the vines just love to climb.

It has been a great berry season and the small freezer is becoming rather full of berries stored for producing jam. So far we’ve been harvesting strawberries, raspberries and red currants. In another month or so, the blackberries will be ripe.

We grow a large number of red and black currants as well as gooseberries and jostaberries and in a few weeks we’ll be swamped with those.

And we have a mystery. A small flowering Quince has produced tiny fruit. Does anyone know anything about these fruits? We grow, process and consume the larger variety of Quince, but were unprepared for these tiny fruits.