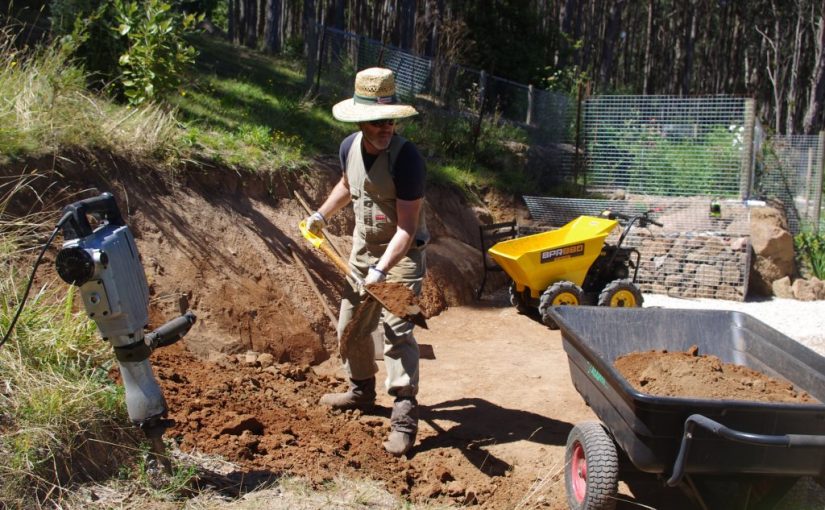 Earlier this week found me recounting the story of the end point of my first adult permanent job during the recession we had to have in the early 1990’s. The words: ‘Don’t come Monday’, holds something of a special certain dread for me. The unemployment rate was 10%, and only the dark fear of losing the roof over my head and the food upon the table, landed me in a job where I collected debts for a corporate. The experience was an eye opener that’s for sure. And excuses, well, let’s just say that I’ve heard a few.

Those days are now thirty years in the past, and the music of those days now sounds angry to my ears. Take a listen to the rock band Nirvana’s massively epic album Nevermind, and the emotion of anger shines through clearly. I guess young folks back in those days were pissed-off. All we wanted was a good job and a chance of living a decent normal life – whatever that was. What we got instead was unemployment and uncertainty, but hey, at least the houses were cheaper to purchase back then.

Nowadays I’m an old fella, and I respect the music from those angry days, but neither do I wallow in the memories and sounds of those times. To hear the music from that time played over the speakers at a supermarket kind of makes me feel uncomfortable, if only because the anger is in the past. A sort of sullen acceptance has replaced the anger of those days. And for all I know, it is possible that with age, this is how things should be. After all it is not an act of wisdom to stay angry forever, and a person must move with the times, or risk being swept away by the winds of fate.

And moving with the times is a good strategy. Most of my friends no longer listen to the Australian national youth music radio broadcaster (Triple J). Candidly, I’m unsure as to what music they do listen to, but given their reactions when the subject is mentioned, it hardly seems to me to be a topic worthy of pursuing without argument.

Anyway, it amuses me to hear the cheeky young lady combination of Cardi B and Megan Thee Stallion outraging the notables, whilst singing about their naughty bits. And just to mess with a persons head, that song could be followed by UK metal band Architects, singing their power song Animal. The heavy metal dudes have a good point though as they are singing about how they’re afraid of the outcome, and whether they should just pull the pin? It’s an important question to ponder, because after all the combined actions of the young folks can have real world consequences, just ask the hedge funds who were slammed recently in the GameStop short selling squeeze story.

The uncertainty of the outcome is actually an important issue right now. As an old fella, the outcome is not clear to me either, but my crystal ball suggests that we’re possibly becoming a more authoritarian state. After all the state of emergency declaration which provides extraordinary powers was recently extended for another nine months to December this year. What worries me about this state of affairs is that it is a truism that whilst power corrupts, absolute power corrupts absolutely.

People living outside of Australia, might be unaware that one consequence of beginning the current nation as an offshore penal colony for the English, is that the local population was never endowed with a vast array of enshrined civil liberties in the first place. Nowadays there is even less liberty and you don’t have to go far to see videos of some recent abuses of power, where cooler heads migth have acted differently. It is hard for me to forget that it was only a few months ago that I had to regularly display my identification and papers to the police and military personnel, before being allowed to move on. An unsettling experience.

The current craziness began at around this time last year when it could be said that things were more or less normal. A diary entry from a year ago records the editor and I as having visited a local open garden and enjoying a serving of most excellent scones, jam and cream. A week later, the state was kind of shut down for months and months on end. The lockdown here was like nowhere else on the planet. It made me wonder if the state had gone rogue, it is not as if they hadn’t quietly signed up to the belt and road initiative, so who knows what else that lot have been up to?

Listening to the talk on the youth music radio leaves me with the distinct impression that the youth nowadays are hoping that things soon return to normal. Back in the day that was what I longed for, although what I ended up with was continuing uncertainty and hard work. But you know, was the recent before-craziness times even normal? History suggests that this most recent experience of normal, was not what the average person could expect from their life at all. Perhaps it was only ever just a moment in time? I don’t really know.

Another day of excavations took place on the new shed site up above the house. A further five feet of soil was excavated by hand and then relocated.

Towards the end of the six hours of work, our worst fears were realised and we uncovered an inconvenient Moby (body) rock. So far, we’d been very lucky on that front, but eventually luck runs out, and then you have to deal with circumstances as they present themselves. Still, things could be worse and at least we have the tools to deal with the Moby (body) rock.

The excavated soil has been pretty handy as we have relocated it to another part of the farm where it is being used to construct a flat utility area and a low gradient ramp leading into the orchards. Both of those projects are progressing nicely.

It is really nice to undertake all three projects at an easy pace. We still don’t know the full extent of The Moby (body) rock, but over the next few weeks we’ll gain a more accurate understanding. None of the projects are super-urgent and we’re enjoying doing the work in an unhurried manner.

And the low gradient ramp, whilst far from finished, is still a very useful part of the farms infrastructure and so it gets regularly used.

Each week, about 50kg (110 pounds) of coffee grounds (as a minimum weight) is added to the soils in the orchards. Thanks to the low gradient path (even in its unfinished state) it’s not hard at all to move those sorts of quantities of materials by wheelbarrow down into the orchards.

Observant readers will note that the grass in the orchard is far greener than the ground covers just outside the limits of the orchard. This difference is hardly accidental, because for over a decade we’ve been regularly bring back soil minerals in the form of mulches, composts and fertilisers. After a century and a half of extractive practices on the property, there was no top soil to speak of when we first purchased the land.

Up until very recently, I’d believed that the soil mineral additives we’d brought back over the years were good enough to produce really fast growing healthy fruit trees with nutrient rich fruit. Turns out that I was incorrect. Long term readers will know by now that the farm receives decent rainfall most years. The problem becomes that the regular rainfall over the long millennia has leached a lot of Calcium from the soil. Calcium after all is a mineral which encourages growth and fruit production, and that accounts for the slow fruit tree growth and poor fruit set. You can have the benefit of regular and mostly reliable rainfall, but the cost is that the rain washes away minerals from the soil – it’s a problem.

The materials we brought back to the farm over the past decade don’t really have a great deal of Calcium in them. Now, I’m on a mission to get more Calcium back into the soil in the orchards, and the coffee grounds are being supplemented with Garden Lime (Calcium Carbonate), Dolomite (Calcium Magnesium Carbonate) and Blood and Bone (Nitrogen with a bit of Phosphorus and Potassium). It is worthwhile noting that the soils here probably have way too much Potassium (it is less likey to be washed away by the rain than other minerals) and whilst the Blood and Bone and coffee grounds contains this mineral, it is only in small quantities.

It will be very interesting to observe what impact the application of those minerals has in the orchards over the next few years.

You know autumn has arrived when the Persimmon fruit begins to show their final colour. And this week the colour change began.

The ginger tuber we grew in the greenhouse has produced six leaf stems, and we’re thinking about transplanting it to a larger container. If anyone has any experience in relation to this plant, please speak up as we’re not even sure how to over-winter the tubers, let alone harvest them!

With the descent into Autumn, the raspberries and strawberries are again producing delicious berries which are perfect for breakfast.

64 thoughts on “Watch your step”