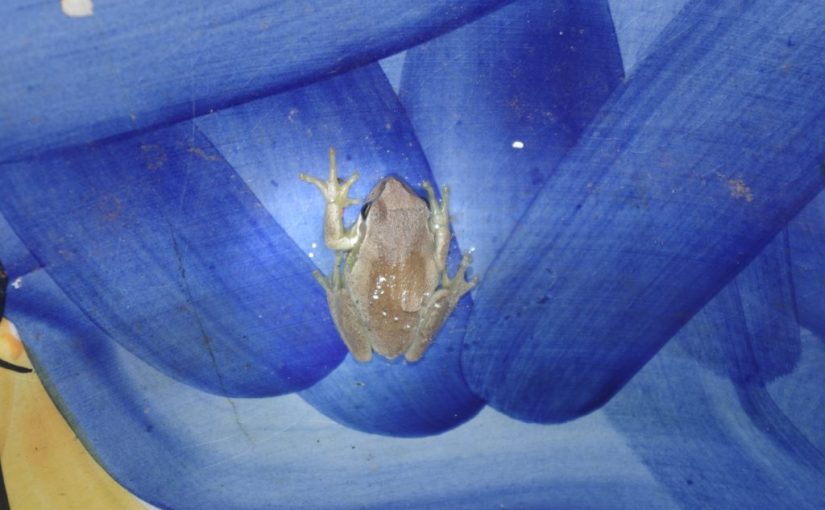 Twenty years ago, the editor and I lived in an inner northern suburb of Melbourne. We could walk to the city in about an hour, and the suburb was full of cafes, restaurants and the sort of amenities you’d naturally expect from such an area. The house was a terrace house on a long and narrow strip of land and the Victorian era houses sat right up against each other.

I’m not sure exactly how my gardening adventures began, but around that time I became curious about growing some of my own food. It is possible that reading the hippy magazines (which I later went on to write for) aroused my interest, but it could equally have been the memories of Sunday’s spent as a kid working in my grandfathers extensive vegetable patch.

Whatever the case, I dug up the tiny front lawn out front of the terrace house. Imagine the outrage from the Greens voting neighbours as I planted out the newly turned earth with vegetable seedlings! Those neighbours sure could get snarky if standards weren’t upheld. One night a mysterious person cut the power cord to the twinkly fairy lights threaded through the decorative iron lacework. I guess the low voltage lights weren’t nearly green enough, unlike the street full of large SUV’s.

As you could imagine for a very first garden, all of the vegetable seedlings died. Who knew they had to be regularly watered?

The failure was actually a really good thing. When faced with utter failure, but a desire to succeed, I delve into books on the basis that other people probably know what they are doing. And I had a desire to use minimal sprays, whatever that meant. Shouldn’t be that hard, should it?

It’s been a long journey since those early days, and in between there and here, I’ve read a lot of books from people categorising themselves under the label ‘organic’ as well as the ‘permaculture’ schools of thought and practice.

Turns out that there are a lot of purists out there, and I’m sadly a bit flexible for them and would happily spread an entire truckload of NPK (Nitrogen, Phosphorus, and Potassium) over the farm and not even think twice about it. My reading has alerted me to many curious things such as NPK being marketed as ‘complete fertiliser’. That may well be so, however I’m pretty sure there are some other elements and compounds other than those three which plants require in order to grow. When you read about soils, that is just one message which you have interpret as best as you can do so.

Some folks suggest to just add more compost, and everything will be great. Others suggest to just add more woody mulch, and everything will be great. Over the last decade, it is no exaggeration to say that we’ve added well over more than 600 cubic metres (780 cubic yards) of composts and mulches. And the fruit trees have not grown quickly, and neither have they produced as much fruit as you’d imagine.

I used to be a member of a local seed savers group and really enjoyed the group. In a visit to a local garden of one of the members of the group, I asked a question as to how old a particular fruit tree was. Turns out that the fig tree which I was marveling at, had grown more in three years than any of mine had in ten years. I just didn’t get it, that particular property was in a rain shadow from the mountain range, and the soil wasn’t anywhere near as good or had as many additions of compost and mulch.

Despite the juggernaut of Fernglade farm beginning with no top soil to speak of, nowadays it looks green, and whilst the trees are growing slowly, they’re not showing signs of disease. I put the marked difference in growth rates down to the micro-climate and aspect to the sun. And I continued to feed the trees with compost and mulch.

In a serendipitous moment a few months back, I read a book by the author Steve Solomon titled: Growing vegetables south of Australia. The author was specifically writing about conditions in the island state of Tasmania, which is to the south of this state (Victoria). I was a bit skeptical that I’d get much out of the book, especially given that it was written as a guide for growing vegetables in a colder area far to the south of here. But I thought what the heck, who knows what I’ll learn.

One word people living in the very temperate city of Melbourne think when they think of the area where the farm is located is: Cold. Seriously, people used to the warm-ish winter days of Melbourne, quail in fear at the thought of the sort of weather I am now used to. I’m often accosted by shocked strangers exiting the local cafe who find someone sitting outside. Inevitably they ask me: ‘Aren’t you cold?’ To which I reply: ‘Is it cold? Oh, well, I’ve lived up here so long now, that I don’t even notice the cold’. And most of the time they’re so shocked they forget to say ‘excuse me’ or ‘sorry to interrupt your reading’.

The farm is located about 700m (2,300ft) above sea level, and at this latitude you lose 1’C / 1.8’F of temperature (relative to Melbourne) for every 100m above sea level. So technically it is colder than Melbourne, but compared to other parts of the world, winter is pretty mild with only the occasional snowfall. And long term readers will note that aside from the occasional drought, it rains here quite a lot, especially relative to other much drier parts of the state.

So, I’m at the local cafe, reading my book on growing vegetables in Tasmania and trying not to be hassled by shocked strangers exclaiming about how cold it is up in the mountains. As I’m reaching for my coffee whilst reading about soils in the island state of Tasmania and their issues in relation to vegetable gardening, the little light bulb in my head went off. I was hit with the sudden realisation that I was reading about the sort of soil issues that I’m encountering on our cool mountainside farm. BOOM! That was the sound of my mind being blown away!

Turns out that much of the gardening advice people were all too happy to give me over the past two decades, was not entirely appropriate for the area I now found myself in. Who knew that learned and well articulated people with a large followings and forceful arguments, might not always be correct with their advice?

The author suggested that lime is deficient in many Tasmanian soils due to the high rainfall washing the lime into the subsoil and then away. Many areas of the world with high rainfall suffer from this problem. I’d never applied agricultural lime to the orchard soils, but we had applied the locally quarried crushed rock with lime as a surface to the many paths. I was guessing that as the editor or I, and of course the dogs (not to mention the wildlife) used the paths, the tiny square edged rocks would rub against each other and the fine lime dust would then wash into the soil with the rain. Does the theory work out in practice?

I began seeing this story playing out across the three orchards. Wherever there was a limed path, downhill of it just produced far larger and better fruiting plants.

In the above photo there is a very large plum tree. Yet just behind that tree and to the right in the photo is another plum tree a bit further away which was planted at the same time and fed the same diet of compost and mulch, and yet it is half the size. The difference is that the much larger plum tree is next to and downhill from the limed driveway.

Once knowledge of this mineral deficiency on the farm became so obvious that it could no longer be ignored, I began buying bags of agricultural lime (Calcium Carbonate) and dolomite (Calcium Magnesium Carbonate) and spreading the stuff around the orchards each week along with my regular addition of used coffee grounds.

Every three months, all of the trees in the orchards now receives about 3kg (6.6 pounds) of the above mix as a feed. Is this a good thing to do? I don’t really know, but I do know what happens when I just rely upon compost and mulches in order to feed the orchards. And the question should be asked: is the regular feeding of this mixture making much of any difference?

Well, maybe 10 weeks ago I fed the pecan nut tree with this mixture. The tree hadn’t really grown much in the past seven years since it had been planted. It hadn’t died either, it just hadn’t grown much. But in the past ten weeks since the feed, the tree has finally begun to grow. You can see the foot of fresh green growth.

And despite many of the fruit trees going deciduous as winter approaches, most of them are continuing to grow.

The truth is, after a decade of applying mulches and composts to the soils, the place looks green and lush, but I don’t really know what’s actually in that stuff. And you’d have to suggest that if those materials originated in a location which has some sort of mineral deficiency, well it is hardly surprising that the farm would also have same mineral deficiencies. The larger implications of this story is that its a bit of a worry, as given the mulches and composts source materials come from a wide geographical area the story must be playing out in the wider area.

We didn’t do anything around the farm this week. The weather was fine for work, we’d just spent so long doing paid work, that we needed some time out. On one of the days we visited a lovely old farm which is open to the public. The old farm is very pleasing on the eye, and was fairly quiet.

Oh, I did do something this week. Ollie and I planted another Salvia plant, whilst Plum and/or Ruby had contributed by attempting to dig up a different Salvia plant.

And just to feed the Olliemania, here is a profile photo:

Despite the mineral deficiency, there is a lot of life on the farm. The other night I spotted a southern brown tree frog swimming in the dogs water bowl.

The other night Ollie alerted me to a possum consuming the leaves of a plum tree in the orchard. The brush tail possum looked rather pleased with itself.