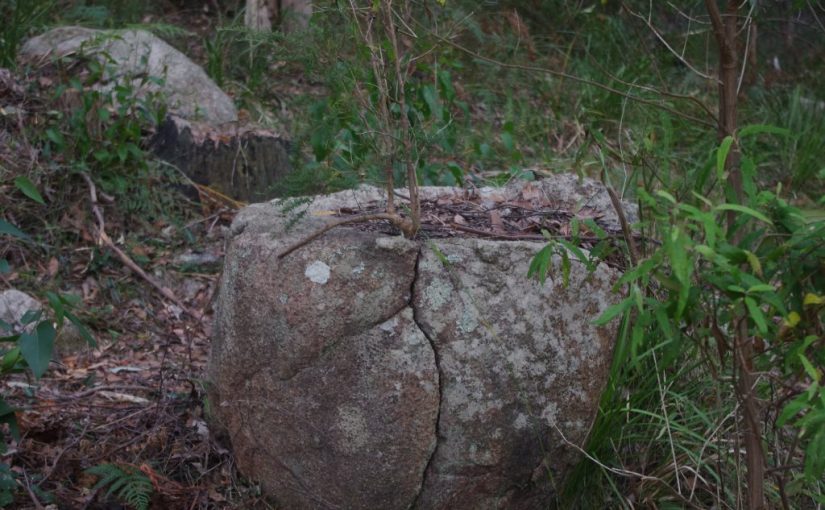 Many years ago we resided in the inner northern suburbs of the big smoke of Melbourne. I unfortunately worked at a very serious job at the top end of town. Serious jobs can work strange things upon a personality, and the need to do something creative in my downtime slowly took a hold of me. At the time music called, and that was when I met Dave, Mr Cool Bananas. Dave began instructing me as to how to properly use the guitar . Dave was everything that I wasn’t, he was cool after all, and oh boy could he play the guitar or what. I was far less than that hallowed state.

Mr Cool Bananas made learning how to play a guitar fun. During difficult moments in lessons, he’d break out into an impromptu rendition of Arthur “Guitar Boogie” Smith’s song: “Dueling Banjos”. How cool is that? And Dave belted out the song with his guitar as if it were an inconsequential piece of music to play. And he loved every minute of the performance.

Dave as a young bloke had been sent by his parents to learn to play the piano. He told me that whenever his fingers depressed the wrong key on the keyboard, the nun instructing him would swiftly strike his fingers with a cane. As you can imagine, he took up learning the guitar. And decades later he was providing guitar lessons to me, albeit without the cane.

He was rather proud of me, if only because I’d elected to learn to also read sheet music. In music circles its considered to be the lesser option to learn guitar music in tabulation form, which sort of guides the reader as to where their fingers should be placed upon the guitar so as to produce the required music.

At first reading sheet music was quite straightforward, but as the complexity of the music increased my brain began to balk at having to learn what is essentially an entirely new language. And it wasn’t long before I’d reached the upper limit of what I could achieve in that area with the spare time available to me. It was such an awful realisation to have. To be able to see a vast field of knowledge open before you, but know deep down that it was never to be yours. It’s one harsh lesson in life. I quit the lessons and have not played since.

It is really hard to be across a wide range of knowledge. There are limits, and you have to pick and choose as you go through this thing called life. And candidly, my brain is rather full at this point in time.

The guitar lessons went away, but the urge to do something more creative with my time never went away. I quit the serious job and the editor and I eventually moved to a rural area with no services whatsoever. There we pitted our wits against the many known and unknown challenges. And we were able to express our creativity upon the very land itself.

With no services to speak of, everything becomes a challenge. Just earlier today I was reviewing the programming of the charge controllers. They’re the devices that act as the brains behind the off grid solar power system. When you are connected to the vast impersonal services enjoyed by most people in industrial countries, all you have to do is flick a switch to enjoy power, water, whatever. Walk away from that amazing and vast system, and you are on your own. And that is when you discover what extraordinarily complicated and amazing systems are provided to most people, and they’re usually provided dirt cheap.

With winter fast approaching, we’ve begun using our stored firewood reserves. Firewood is a very complicated and time consuming technology, and over many years the editor and I have honed our firewood systems and knowledge, and we’re toasty warm through the cold winter months. It’s a bit of a misnomer that a tree can simply be cut down and burnt for heating fuel. All of those species of trees were burnt to extinction by the early settlers, and are now no longer! What a fine joke it is to believe that about firewood, because firewood actually takes years of advanced preparation. And even this year we are refining our systems to make the job easier.

Every system on the farm is like that. There are times that I’m overwhelmed by the level of understanding and knowledge required to do just simple activities. However, unlike the guitar, I can’t simply walk away from the sphere of knowledge and experience required to do whatever is needed on the farm.

Recently I’ve been reading a deeply thoughtful book on the interplay of minerals in soil and how that equates to the quality of the food produced. The book is written by the author Steve Solomon, and the title is: “The Intelligent Gardener”. The book is excellent, but my brain is so full these days, that it suggests to me in the dark hours of the night that the science of soil is akin to learning another language. And I slink away in fright.

So, I’m slowly and methodically reading the book, and at the same time extracting clues as to how to observe the soil mineral deficiencies playing out around me in the gardens and orchards. Then the rule of thumb knowledge which I’m gleaning is being put to the test and the results observed. That is about the best that I can do. And I know what it’s like, to hit your limits and know that you can travel no further upon a road.

Earlier in the week I had an unexpected quiet afternoon. With nothing better to do I took myself to the edge of the lower paddock and began splitting rocks. The rocks were fortunately easy to split and after about four hours of work there was a good collection of rocks to bring back up the hill.

Of course all of those rocks had to then be brought back up the hill. The rocks were loaded into the power wheelbarrows and then slowly driven back up the hill and dumped.

And in breaking rock news, I spent three hours tackling the Moby (body) rock on the excavation site up above the house. Not much happened. Turns out that we’ll probably have to get the Moby (body) rock blown up. We’ll complete the excavations first before blowing up the rock, just in case we discover another large rock. Maybe it’s a guy thing, but I’m super excited at the prospect of blowing up a rock!

The day I attempted to break the Moby (body) rock was about as perfect a day as you’d imagine. The late autumn sun shone warmly from clear blue skies and there was not a breath of wind. I had all of the rock breaking tools ready to go, and the sun was providing plentiful electricity – and there was that other rock over there. I couldn’t split the Moby (body) rock, but I could split that large rock.

There were enough large rocks that we’ve now completed the entire first layer of rocks on the 50ft long utility area. Over the next few weeks we’ll add another layer of large rocks and excavated soil, before finishing off with the third layer of large downhill edge rocks.

Looking up at the project from underneath, you’d swear that you are looking at a rock strewn breakwater.

If anyone feels that we’ve been too harsh with all of the rock splitting, and that possibly rocks should get to live out their natural lives all free and stuff, well I’ve got news for you! Nature breaks up the large rocks too.

Kelpies are now at table. Yes, Plum has taken it upon herself recently to enjoy a quick nap whilst I sup upon my afternoon coffee and homemade Anzac biscuit. Why she has to prop her head upon the table is a true mystery.

The days this week have been superb and sunny and warm for late autumn. With the strong sunshine, we managed to use electricity to bottle the remaining years supply of passata. The tomatoes weren’t 100% ripe, but they were close enough and still had plenty of flavour.

As the fog receded, you could see that the northerly edge of the fog hugged the contours of the valley below the farm. Hadn’t previously noticed the fog doing that, but it was just like how water would act.

The growing season was very cool and rainy and overall I’d have to rate the growing conditions as ‘not very good, could do better’. We did produce a hand-full of mung beans. Don’t know whether I’d bother with lentil type crops in future as they require a summer that is far hotter than we normally enjoy. Peas and beans grow well enough here that I’d grow them in preference.

One of the big harvests this year was the kiwi fruit. And the vine downhill of the path with locally quarried crushed rock with lime, outperformed the other vine which is further away from the plentiful lime, by a factor of about five times. I harvested two large buckets of fruit. The fruit sits in the house for a few weeks before it softens and become edible. And it keeps that way for months.

The European honey bees have been active in the warmer weather this week. Even over winter, they’ll leave their hive if the ambient air temperature exceeds 10’C / 50’F.

57 thoughts on “Turn on the light”