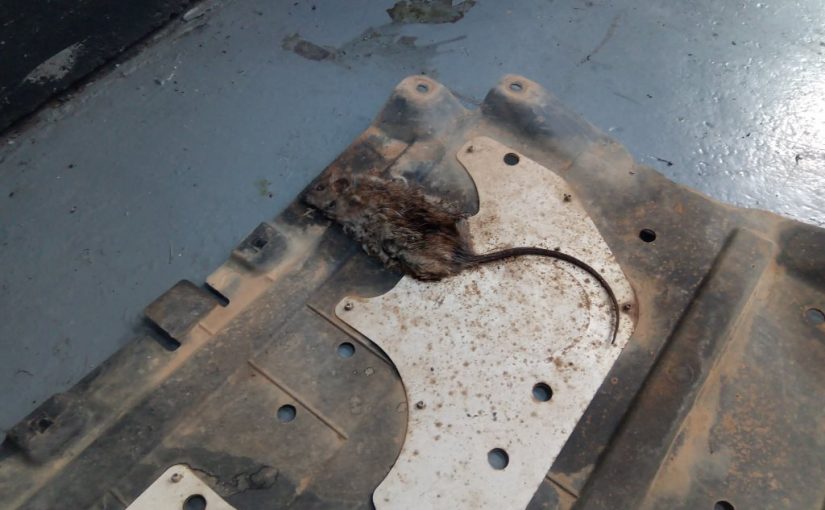 I’ve had to take a bit of a break of a few weeks duration from all the rock breaking and hauling work. This break in that project also includes the excavations of clay by hand. Those activities are all hard work, and the editor and I have been doing the work for many months now. Unfortunately, my shoulder is sore, and it clearly needs a rest, so a rest of a few weeks from that project, it shall have. There is plenty of other work around the farm that doesn’t require massive exertions, but that sort of work still needs to be done. And, as always, there are the rats.

A lot of readers of this blog are located in some very far distant countries and continents, and they deserve a proper Aussie shout out: Oi! Greetings to you lot in far distant lands, and hope you are enjoying the weekly missives from Down Under!

People living in those far distant lands might not quite understand that in some parts of this continent, the farmers have had such a good growing season (because of the damp and cool summer), that they’re now having serious problems with rodents. One unlucky farmer appears to have contracted lymphocytic choriomeningitis, which is a form of bacterial meningitis, from coming into contact with rodent manure. https://www.abc.net.au/news/2021-04-04/mouse-plague-farmer-contracts-lymphocytic-choriomeningitis/100037256

Who knew that rats were so tough? It was a bit like H.G. Wells, War of the Worlds, when the marauding Martians were struck low by the littlest critters of all, the humble bacteria. This is a good reason why you shouldn’t read the news on the internet just before bedtime. After reading all about the incident, I awoke later that night in the wee hours of the morning and wondered whether my sore shoulder was due to exposure to rat poop? Such thoughts are not conducive to a good nights sleep.

Fortunately, my shoulder is rapidly getting better so we can hopefully rule out lymphocytic choriomeningitis, and put the soreness down to moving too many large rocks in too brief a time. It was foolish to have done so in earlier weeks, but sometimes enthusiasm is trumped by reality, and that is when there are inevitable problems.

Enthusiam being trumped by reality is a common affliction these days. Enthusiasts convinced of our ability to power industrial civilisation through 100% renewable energy sources might want to reconsider their dogmatic belief systems. I mean after all, last Tuesday, a chunk of Antarctic weather broke free of that frigid continent, drifted north and brought with it, thick clouds and almost two inches of rain. The off grid solar power system recorded only 8 minutes of sunshine for the entire day. Yeah, good luck with those belief systems, reality can swiftly and surely kick them harshly up the backside.

I’ve kept solar energy records here dating back to 2009, and let’s just say that last Tuesday was kind of a special extreme weather day. Weirdly, the days following that extreme weather day were cool but sunny, and so I took the opportunity and read a lot of literature about Lithium battery technology, and managed to slightly fine tune the programming of the off grid solar power system so it can work just a little bit harder, but more importantly: Not work too hard. Important note – no amount of programming can make up for a complete lack of sunlight in the first place. The stormy skies were awesome to behold though:

The sore shoulder and wet weather gave me (and the editor) some free time to do a few things that we’d been wanting to do. One of those things was heading up into a remote and secluded spot in the higher reaches of this mountain range to enjoy a picnic and a walk.

The picnic was very tasty, and the editor and I took off on a side walk that we’d not previously walked upon. And despite having resided in the mountain range for well over a decade, we’d not previously noticed the curious side path. What the heck, we had plenty of time with not much else to do, so off we walked.

The editor and I have walked for weeks in the higher altitude and less fashionable north central area of the country of Nepal (Annapurna Circuit), and we’d seen the Rhododendron forests (albeit not in their flowering state). Never did we imagine that we’d encounter a specimen of that plant in our near backyard which was as old, if not older than the plants in their home country forests.

With nothing better to do, two inquisitive minds and full bellies, we began walking around the area. That was when we encountered the oldest and largest Eucalyptus Obliqua (Messmate Gum), we’d ever seen.

The largest and oldest trees on the farm predate European settlement of the country, but they aren’t nearly as big as the epic tree in the above photo. And the large epic tree was hidden in plain sight. The loggers, when they first explored the mountain range must have encountered a forest full of such behemoths, and the need for hardwood in Melbourne and the goldfields was so great that they harvested all but a few. The tree in the above photo survived the care and attentions of the loggers (I’m guessing) because it has a hollow core (as do the oldest trees on this farm).

It was hard to photograph the canopy of the tree, but even in the above photo you can see the clear blue skies and the lack of competition high up in the canopy of the huge tree. The old tree would have seen some things in its long life that’s for sure. It is very possible that it was a seedling at the very beginning of the Industrial Revolution. By way of comparison, most of the trees on the farm (with a few notable exceptions) are relative youngsters. Most of the largest trees on the farm, whilst still massive, were probably seedlings in the aftermath of the 1939 Black Friday bushfires, when almost five million acres of the state burned.

Most of the largest trees on the farm are now about the average upper life span for a human being down under, at about 82 years old. With a bit of luck and good management, those trees can live for several hundred years more, and end up as big and regal as the truly epic tree in the photo above. Time will tell how that story plays out. I however may not be around to blog about it.

The early European settlers often remarked at how the countryside resembled an English country park. That was no coincidence, because the Indigenous folks had been managing the land for that very outcome for many tens of thousands of years. It didn’t take the loggers too many years to undo all that work. That’s how things go sometimes and hey, I use timber too, so I’m hardly in a position to suggest that I’d do better.

It is just that sometimes, if a person only but looks really closely at the environment and ponders things for a bit, you just know we can do better. And so despite my sore shoulder, the work of cleaning up continues because it is important.

The ashes from the cleaning up process will get spread around and they are a potent fertiliser.

Sometimes the forest reveals epic trees, sometimes it reveals secrets. A few years ago I encountered a small stone circle in the forest, in the middle of nowhere. During the excavations for the house site one or two large rocks were rolled down the hill and into the forest. One of those rocks hit the stone circle and scattered one or two of the rocks in the circle. Over the past few months as the mood took me, I’ve begun repairing the stone circle.

A close up photo displays my hubris at allowing two minor access points for the rodents.

Time will reveal the effectiveness of the rodent exclusion measures.

The cool and damp summer has produced prolific growth in the many garden beds on the farm. Some of the plants in the garden beds had candidly exploded onto the paths and staircases. This was a real pain, because getting around some parts of the property had become very difficult. We’ve begun cutting the plant growth back to the edges of those garden beds.

The cuttings are chucked into new garden beds where they will break down and produce decent soil.

Feeding the soil is an important activity. Over the past few months the number of commercially purchased bananas with some sort of fungi in them has become more frequently seen. I’m now discovering the fungi in the fruit about once per fortnight.

I have absolutely no hope of growing bananas in the cool climactic conditions enjoyed at the farm. However, some marginal crops are growing really well in the greenhouse including: Ginger and Turmeric.

The very last of the seasons orchard crops (persimmon) was harvested this week. And we also made a huge batch of soap.

And dare I mention it, but leaf change is here (as are the tourists).