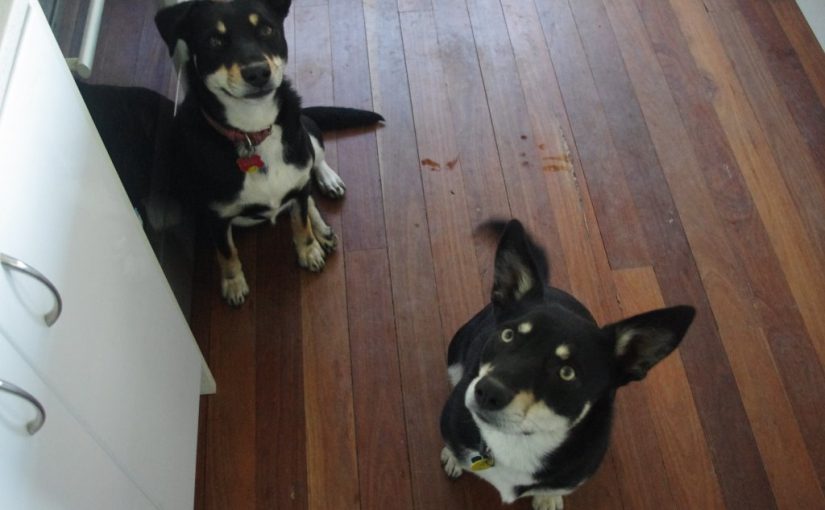 This past week rates pretty highly as one of the less enjoyable weeks of my existence. I’m an old fella now, and the present times remind me of the sheer panic and uncertainty that were the early 1990’s when the economic world was collapsing all around me. Way back then I worked as a really young bloke in my first adult job with the state government. And then one day they said to me: We don’t need you any more, son. What, so does this mean that I can no longer go to the pub on a Friday afternoon with my work mates?

After the pronouncement of the hand of fate, getting paid for drinking at the pub with my work mates on a Friday afternoon was no longer an option. Not only did I loose my job, but I lost an important chunk of my social life. Fortunately I still had plenty more friends to spare, but I really needed a job in order to pay the rent, utilities and keep food upon the table. Being one pay day away from eviction looks like that. Fortunately I’m nothing if not flexible and a job was secured in the murky world of corporate debt collection, which incidentally kept food on the table and a roof over my head for the next four years during an era of 10% unemployment.

As to the sheer panic and uncertainty that is these days, well, there are actual riots in the otherwise quiet and staid streets of Melbourne now. The fine citizens of that city have a 9pm to 5am strict curfew and are only allowed to leave their homes for five reasons. As of Saturday 11am, we learned that the rural areas were to also be subjected from 1pm that same day (2 hours notice) to the five reasons to leave the home rule. Curfew wasn’t deemed necessary, but nothing is open after 9pm in this part of the world anyway…

Things I guess were already pretty weird before then, and only proceeded to get weirderer (sic) as the day progressed! Early that morning the state government may have earned themselves some serious mad cash via fining the convoy of vehicles (clearly city folks breaking out of their isolation). We encountered the police escorting the convoy of vehicles out of this remote part of the mountain range. I’m assuming that the police have number plate readers in their vehicles, because the editor and I scored a cheesy grin and cheeky wave from them.

However, one of the unfortunate side effects of all of these restrictions upon the usual modes of existence, is that incomes are drying up, government financial support has become much harder to obtain, but those old bills keep on rolling on in. I suspect that plenty of people are probably quietly going broke fast.

The long dead military genius (everyone needs at least one) Sun Tzu, recommended to never back an opponent into a corner, if only because they will fight back with supernatural strength and ferocity. The footage of the riots whispered to my lizard brain that the participants weren’t protesting. No, instead they appeared angry and wanted to lash out at the authorities, which they seemed to have done. One bloke made no pretense at protest, and just appeared to go straight in for a punch up with the police. Here I must add that this is not the usual state of affairs with the population down under.

Back in the early 1990’s, when I was a young lad, nobody thought of riots, probably because we were too broke to pay for the train ride into the city. Instead we saved the minor leftover amounts of mad cash we had scrounged that week, to pay for the Friday night pre-Club dreadful cheap swill, mixed with Coca cola. The mix made it more or less palatable. Revolting stuff, but it worked with authority. And Friday the night clubs left me asking the hard questions in the wee hours of the morning when the effects of the swill had drifted away: Why was I even there? Should I get a girlfriend instead? All important questions.

But yeah, emotions sure are running high these days. Pretty much everyone I spoke to last week was in a high state of emotion of one kind or another. My best guess is that they’re watching their former world slip away and become this new, something else world. It is not a nice place this new something else world. However, most of the people I interact with on a regular basis have the fighter and survivor persona about them, and I know that they’ll do what it takes to survive, because I see them doing just that. Heck, even I’m doing that.

Anyway, the constant emotional barrage has finally worn me down a bit this week. I’ve been actively supporting other people since the craziness began in March last year and I haven’t sought anything in return. My experience suggests that this craziness will continue for a while to come, so I’ll just have to gird my loins and get on with the needful.

As part of building up reserves of energy so that I can continue to fight another week, I’ve now taken to spending a day just pottering around the farm quietly doing jobs that for one reason or another have been put off. On those days, I set no time limits or expectations, and the editor is also off doing her thing those days too. I recommend the approach.

One of the jobs was reviewing a whole bunch of camera images to see what interesting things had occurred recently. There is always something going on, and speaking of high emotional states, one photo revealed a guy who turned up unannounced at the farm one day. I’d forgotten about him.

It is a truth universally acknowledged that despite your best intentions and good grace, people will bring their shit to you. You can quote me on that. So, the guy turns up unannounced and says he’s the son of a local sheep farmer. Apparently the story goes that two large black dogs have been killing his lambs – and someone in the area just happened to mention that we have two black dogs and then sent him up here. I’m kind of glad the mysterious person did so, so as to allay the blokes misconceptions.

The bloke looked pretty agitated, almost as if he wanted to get into a fight over the subject. Good luck with that, he didn’t look all that fit. Anyway, I knew straight away that it wasn’t Plum and Ruby, if only because I never let them out to free roam at the same time. Dogs in packs can be trouble, especially for lambs.

Knowing that it wasn’t my two rapscallion sheep dogs, I said to the bloke to come and check out the two dogs with his own eyes. Unfortunately, the bloke had to walk behind the house, and thus away from his security blanket vehicle, so as to view the two rapscallions. And on one occasion he looked dubious as if I had nefarious intentions (it is nice to understand how his mind worked and how I would be treated if the situation was reversed). The hesitation was observed and deflected using a strong word of command to: Come on!

When the bloke finally laid eyes upon the two small black sheep dogs, I almost felt like Obi-Wan Kenobi.

The bloke may have muttered an apology for the unfair slur directed against the two innocent sheep dogs, but honestly I can’t recall hearing it. He did however leave on better terms than when he had arrived, and I guess that’s something. All the same, it amazes me despite your innocence and best intentions, people can still bring their shit to your doorstep. And from a geopolitical perspective, that seems pretty common practice nowadays.

The dozen smaller, yet still large rocks were driven back up the hill in the yellow powered wheelbarrow. There they were placed carefully so as to create a formidable rock wall barrier on the low gradient ramp project. The formidable rock wall barrier is very important so as to ensure that accidentally nothing falls off the steep downhill side of the ramp. We still require a huge number of smaller, yet still large rocks, in order to complete the project. But slowly and surely, the job is getting done.

As part of my pottering day around the farm, I tackled a job which I’d been long putting off. Regular readers will recall that two citrus trees became diseased with Phytophthora oomycetes, whatever they are. We created this problem by directing too much water near to those trees, and they have succumbed to disease. But not fully succumbed to disease.

With nothing further to lose, I pruned the two decade old citrus trees hard, and then spread a huge quantity of a lime and coffee ground mix around the trees. It’s an experiment, and maybe the two trees might even recover? Who knows, but it’s at least worth a try.

All of the diseased limbs and fruit were then collected and burnt off.

The many thornless blackberry plants also received a hard prune this week.

And spring feels as if it is almost here, but I won’t hold my breath for winter is returning in force tomorrow with rain and colder temperatures (but no snow this year). Despite the impending cooler weather, many of the plants are showing signs of spring: