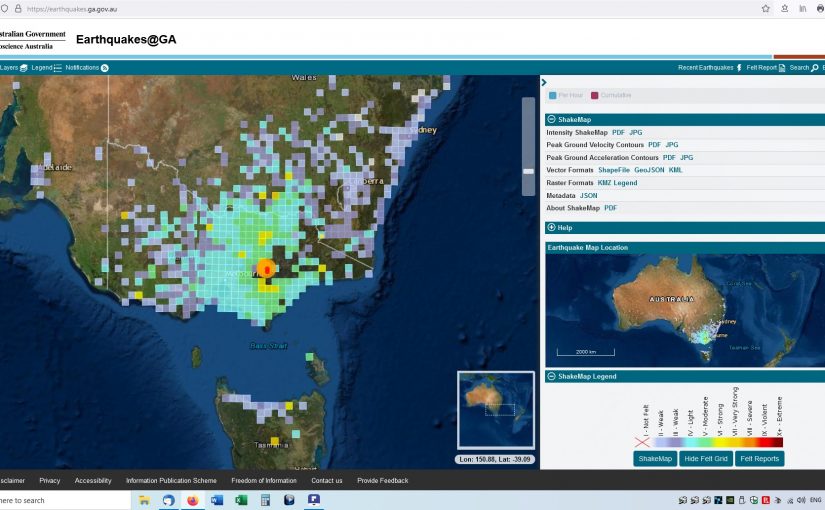 On the other side of the partly frosted glass window, just behind where I was seated, silhouetted by the flashing lights, there was a presence looking inwards. Nobody inside knew exactly why this was so, but by all accounts it had been the fourth time that day.

Tuesday was such a strange day. Most days now are a little bit strange, but then there are times when the merely strange, gets elevated to new heights of utter weirdness. The nearby city of five million people has had a 9pm to 5am curfew in place for so long now, that I can’t recall when it actually began. And when it began, it was only meant to be for a few days. The city folk aren’t allowed out into the rural areas. Conversely, the editor and I aren’t allowed into the city. Obtaining supplies found only in the city has become something of an art form, and fortunately I have a work permit to assist a national wholesaler processing their internet orders a day or so per week (as needed). Otherwise I too couldn’t venture into the big smoke.

2008 was an awful year. Years beforehand of continuous economic stratification had spread my group of friends to the four corners of the big smoke. Three years of online games (which I did not join) leading up to that awful year, was the proverbial straw which broke the camels back. With nothing to lose, the editor and I quit the city and headed into the bush seeking adventure.

From that year onwards, I’ve since developed a large group of acquaintances, and a few friends. Many of the acquaintances I could rely upon to watch my back if ever I was unlucky enough to become embroiled in a knife fight! Some of the acquaintances developed through long term commercial arrangements, and such folks keep me supplied with things which I am unable to purchase easily, or in bulk, in a rural area. They need the business, I need the stuff, we’ve been on friendly terms for years, and so they look out for me.

It’s been months since I’ve been able to visit the grain dudes, and stocks in the kitchen were running very low. They don’t normally open the same day where I can actually get into the city. After a phone call, we made arrangements, and now the stores in the kitchen are again full. Really lovely people, and they’re stressed out.

In fact, everyone I encounter now in the big smoke appears to be stressed out or fearful (or both all at once). It’s wearing me out, but I just try to make them all laugh and forget things, at least for a short while. And people appreciate that, and treat me very kindly. There are times where I’m quite touched by the support which people whom I’ve known for a long time provide me.

Perhaps it was my imagination which detected an underlying echo of anger, or uncertainty, or even hysteria, last Tuesday in the big smoke. Whatever it may have been, there were violent protests that day. Some people vent their rage in such a fashion, and the authorities respond in kind. The weight of the ongoing restrictions has economically and socially crushed many people, and there appears to be no end in sight. Ultimately, however the outcome of the protests was that the construction industry is now under mandatory orders to vaccinate, and they were additionally shut down for two weeks. All of them.

That Tuesday I worked in a warehouse. It is unglamorous work, and at the unfashionable end of my profession, but that is what it takes to get internet orders into the mail.

Later that evening, I turned homeward bound, but also had an appointment to stop off at a local business in the nearest town to the farm. The editor joined me there. I waited in a chair with a frosted pane glass window facing onto the street behind me. Blue and red lights flashed. A vehicle from out of the area had been pulled over by the police, and the driver was possibly in the process of being heftily fined. Vehicle number plates link vehicles to addresses, and city folk really aren’t allowed into the rural areas.

For some reason during the incident, one of the officers peered through the sections of the window which were clear, and hence into the business. I assumed that they were checking to ensure that people inside the business were wearing masks, but who really knows? And all the while the pulse of the red and blue lights could be seen through the windows.

I sat in the waiting chair with my back to the window, the editor spoke with two lovely local ladies, whom she has known for many years. And whilst they conversed about this matter, and some other matters, I peered into their faces and saw not reassurance from the attentions of the authorities, but fear and uncertainty. This is the world I now inhabit.

Still, the future is an unknown country, and whilst reading a fictional work (The Languages of Pao) from my favourite author, Jack Vance, I happened upon an appropriate paragraph surrounding the possibilities of the future, the text of which I will now reproduce here (purely for research purposes):

” – was that so incredible, really? Did not many of the great turning points in the history of civilisations, the great changes that shook established customs to their foundations, have their origin in some trivial incident – a shrewd man’s accidental, momentary carelessness, a breakdown or lapse of authority at some point? No, it was not too incredible. “

Having a few clients in the construction industry with it’s new mandatory vaccination orders, the editor and I decided to get vaccinated this week with the locally produced brew. It’s based on an old school technology. Other than feeling mildly thirsty, I had no side effects. The editor on the other hand has been feeling rather ill, and is very slowly recovering. Some people I know suggest that there may be serious long term health consequences from this, and for all I know, they may be correct. But for us, the land here with all that that entails, and all the people we know both far and wide, is our world. After more than eighteen months of all this current situation, and with almost two thirds of a year of that time stuck in a serious lock down, we chose not to break further social bonds. There’s a storm brewing on that front.

There’s not only a metaphorical storm brewing, but on Wednesday morning, a magnitude 5.9 earthquake struck about 200km / 120 miles east of here. Wow! The house shook and the floors, walls and ceiling all deflected by about half a foot (I have that figure on good authority). Fortunately the house is a reasonably flexible and well tied together design, which the editor and I constructed ourselves to ensure that it was done correctly, so there was no damage. However, that was the strongest earthquake which I have ever experienced, and I can see how buildings would collapse under such conditions.

Regular readers will recall that last week we installed two lamp posts near to the courtyard. The timber posts for two much smaller LED light bollards (near to the new lamp posts) have been set into cement this week.

All these lights don’t power themselves, and so this week we installed a new large LiFePO4 battery for this purpose. We’ve had the battery since before Christmas last year, and just haven’t had the time to install it. The battery is replacing a fifteen year old large lead acid battery which has provided sterling service and will continue to be trickle charged in case it is needed in the future.

The seeds for the summer crops were placed into growing trays this week. The growing trays sit in the greenhouse and the seedlings will be planted out when the time is right. Long term readers will recall that at this time last year, the construction of the greenhouse had not yet been completed, and the seed raising job was done in something of a rush. Now with more time and a sturdy potting table near to hand, the job was not only easy, it was also enjoyable.