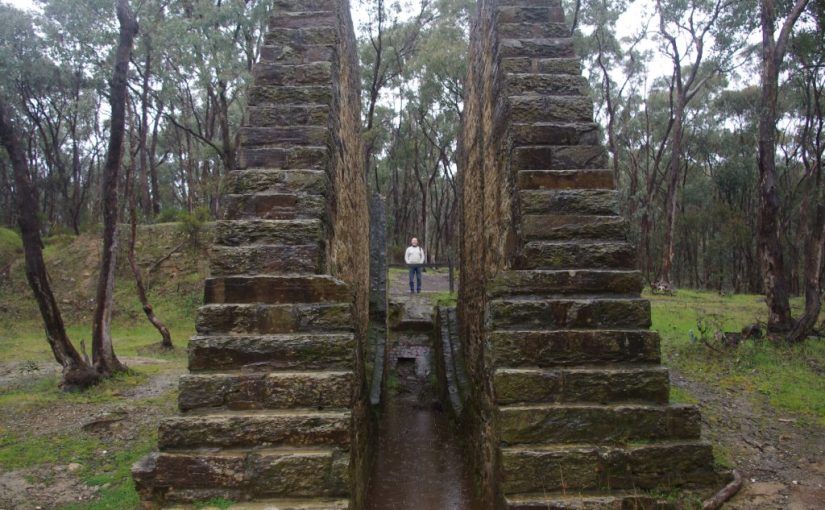 The local pub has been shut for a few months now. A concerned person sometimes wonders if the local establishment will ever reopen at some unspecified point in the future? It’s possible that they will, but the current restrictions limit the number of patrons dining or folks drinking indoors, to a maximum of ten people. That’s hardly an economic proposition for a business which can comfortably seat at least a hundred people indoors.

The previous week during a particularly unpleasant Antarctic storm, the outside air temperature was 1’C / 34’F, and I swear that it was sleeting. Outdoor dining is not an option here in this mountainous corner of the Australian continent for most of the year. And there are times when I suggest to the editor that outdoor living here is much like riding a motorbike, in that the conditions are only good about 25% of the time, maybe less.

Many years ago I used to ride a motorcycle for transport, and they are super efficient machines. Most of the bikes I owned were manufactured in Japan, and those guys have an amazing ability to produce machines that are super reliable and also easy to live with on a day to day basis.

However, whilst the clever Japanese folks were able to construct machines which could shrug off the worst of the weather extremes down under, they weren’t actually able to do anything at all about those weather extremes. I’ve sat on a throbbing Yamaha XV750 V Twin, when the air temperature pushed over 40’C / 104’F in full leathers, and just sweltered. Alternatively, the winter months brought incessant rain, and spare a thought for encountering steel tram tracks on a wet day. The city of Melbourne has the largest street car network anywhere, but far out those steel tracks on the roads sure are slippery in the wet.

The editor and I had to face facts, the pub is shut and it wont be open any time soon. Being the crafty and resourceful folk that we are, we headed into the nearby town one night last week to see what could actually be enjoyed for dinner. For some unknown reason, this local government area is not in lock down, unlike the five million souls who live in the nearby big smoke of the city of Melbourne. Those folks haven’t been able to go out for dinner for longer than pretty much anywhere else on the planet, and they have a strict night time curfew to boot.

In this rural area, we don’t need a curfew. That is only because there isn’t much open after dark! Our investigations revealed that there were a few businesses catering to hardy souls like us, who dared venture out after dark to see what feed could be gleaned.

The editor and I had our sights set on the local Vietnamese restaurant. We hadn’t entered the business before, and the business looked quiet enough. Fully masked against the health subject which dares not be named, we stepped a foot inside the restaurant, hoping for an exotic feed that wasn’t a cooked at home meal. We proceeded towards the counter and engaged the young lady who was performing the front of house job. “Can we grab a table for two?” was proffered. The young lady looked crestfallen as she had to turn us away. The place was empty and yet still full – it had ten patrons.

We made our sad retreat wondering whether the place served a decent Bánh mì or Salt and Pepper Squid, but never knowing the real answer. We’re made of sterner stuff than that though, and a little bit of rejection can be blithely ignored. Still fully masked, we walked down the street in the rain, and eventually peered into the local Chinese restaurant. They were doing a brisk take away business, but I counted only seven people dining. Hallelujah!!!

Our moment had come! And so we availed ourselves as patrons eight and nine, and enjoyed quite a decent Chinese meal. When I was a kid, a dim sim (or also sometimes known as dim sum) was a food item which was massed produced in factories that produced something which looked like a fat deep fried sausage ordinarily purchased from the local fish and chip shop. The sensitive gastronome hoped that the deep frying process thawed out the only but recently frozen food item! Sadly it was not always the case. The quality of the dim sim’s are what sets apart the above average Chinese restaurant from the merely average, and I can report that they were very good.

Many experiences are like that for us these days. We have a plan in mind, we set out to ensure the plan gets enacted, reality kicks in, and that’s when the original plans get chucked out the window, and we simply resign ourselves to some sort of compromise which sort of like what we had originally planned. The other day I had to make a really weird click and collect order. Click and collect is a description of pre-ordering from a business what you want at some earlier point in time, and then standing out the front of the business waiting for the staff to bring the stuff to you. Outdoor shopping sure is exciting during winter, but notably it also discourages spontaneity!

Most of those orders get placed over the internet, but I’m a bit old school and usually phone businesses in advance to ensure they actually have the stock. So, I generally speak with someone at the business. Word on the street is that in the near future with 80% of the population vaccinated, shops will be open for outdoor shopping – whatever that means. Although I can’t imagine that it is much different from what is going on today.

So, I was on the phone to the bloke at business and asked for ten boxes of stuff (ammo perhaps) to click and collect. He says to me, we’ve only got three boxes of that particular stuff. I guess I’ll take those three boxes, seemed like a reasonable reply. Then he says, now we can supply you with seven boxes of this other stuff (which I’d never heard of). Are they OK, seemed like a reasonable question to ask. Yeah, came a hesitant reply. OK, I’ll grab seven of those boxes. My life has been like that for quite a while now.

Observant readers will note in the above graph that as the decline in industrial output (i.e. supply of stuff) occurs, so to does a decline in the quantity of food. The two are invariably linked, and I noticed in the news this week, that the land of stuff has placed an export ban on mono ammonium sulphate (MAP). They were a massive exporter, but now no more. Apparently, it is unrelated to trade wars too, they just want to ensure that they have enough for themselves.

MAP is an interesting mineral as it gradually dissolves into soil releasing phosphoric acid, whilst creating a small zone of moderate acidity around each granule in either calcareous or alkaline soils (i.e. soils of basic pH). The mild acidity also helps plants grown in those soils to access other trace elements. Basically, plants grow better, and more importantly faster, with this stuff. It also affects the nutrient density of foods. And not that you’d know it, but grain growers use this stuff by the truck load every year, and yet the land of stuff has said – no more. There are alternatives (such as rock phosphates), but really, they’re not as good, by a considerable margin (maybe about 20 times less effective) and farmers have gotten used to access to the heady MAP stuff.

This week, an epic scaled storm brought tropical moisture down from the Indian Ocean far to the north west of the continent. The scale of the storm was absurd and covered a goodly chunk of the entire east coast of the continent. Here at the farm, the storm presented itself as a warm, wet and humid week, but nothing to be overly alarmed at. It is just very wet right now.

Despite the rain, the editor and I ventured a little bit north of the farm to the goldfields area to check out some ruins dating back from the late 19th century.

The goldfields area covers a vast swath of land far to the north of the farm. It’s astounding at the sheer number of ruins from those gold rush days which now litter the forests. We visited the former Garfield water wheel, which was a massive water wheel which once powered the attached rock crushing plant. The ore was crushed and then sifted for gold. There isn’t much left nowadays of the industry other the massive stone works which looks like some weird temple or site of worship!

The water was supplied from a nearby reservoir which dammed up Forest Creek.

The dam wall was constructed manually in the mid to late nineteenth century, and for folks accustomed to fossil fuel powered excavators and bulldozers, the scale of the engineering works produced in those days is nothing short of astounding.

Whilst out and about and exploring the area, we stopped off and enjoyed a nearby botanic gardens. The gardens were paid for by the proceeds from the gold rush, and they were originally designed and set out by the great Baron Von Mueller.

Observant readers will note from the above photo, that it sure has been wet of late! The gardens are bordered on one side by the Coliban River, and the train line to the goldfields and the river port of Swan Hill unfortunately has to cross the river. The keystone arch granite train bridge is an astounding engineering feat constructed in the nineteenth century, and remains in use today.

With all of the rain of late, we also decided to check out the nearby Turpins Falls on the Campaspe River. It was rocking!

We also did some work around the farm this week. We’ve been in the process of widening the many paths on the farm so as to accommodate the much larger equipment that we now own. Basically, the original paths were too narrow and can’t be easily used with the new low centre of gravity mower.

The path leading from the house to the chicken enclosure and secondary woodshed is perhaps the narrowest path on the farm. We began widening that path this week.

All of the soil excavated had to go somewhere, and so we relocated it to the opposite side of the farm where it was used to widen and smooth the low gradient ramp project which leads down into the two lower orchards.

And in food consuming wildlife breaking news, the family of King Parrots have been more frequent visitors to the farm of late: