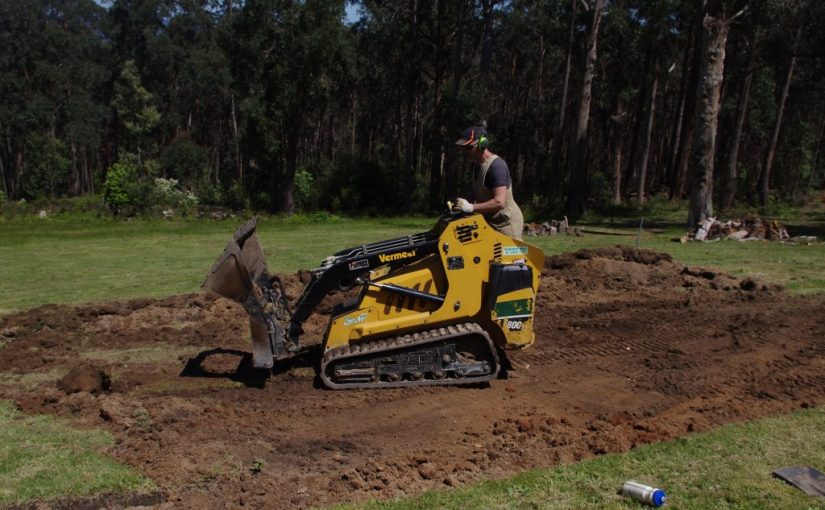 For the vast majority of my life, I’m reasonably super-chill and unflappable (edit: this is simply just not true. History is written by the victors!). Unfortunately a few evenings ago I had a mild panic attack. The ringing in my ears was accompanied by a mildly woozy feeling. There is an old saying about it being always darkest before the dawn, and its true, as at the time of the episode, I was perched upon the toilet in the dark hours of the early morning. Fortunately, the ill feeling soon passed, but it was a disturbing event to experience all the same.

It all reminds me of a somewhat alarming incident many long years ago, just prior to being let into the economics exam at University. The subject was a full year subject, and if I’d failed, the entire year would have to be re-sat and paid for. Prior to walking into the examination room I’d had the awful realisation that I might not actually know enough about the subject of economics in order to pass the exam. The tension quickly built, and I was starting to get a bit jittery, but slowly the realisation struck home: Economists probably don’t know that much about the subject either, so I was probably on safe ground if I could only but write a solid argument. It was an unpleasant experience prior to an exam, however, I passed the examination, which was all that mattered.

A week or so ago, the youth news radio program was interviewing the assistant federal energy minister on the subject of the new Federal policy of net zero emissions by 2050. It seems like a laudable goal, but is also notably three decades in the future when perhaps said politicians will be long since retired. During the interview, the politician made the astounding claim that technology which hasn’t yet been invented, or existing stuff which has yet to be proven economically viable, will be implemented to achieve the goal. And that statement of belief wasn’t challenged by the journalist. It seems like a big call to me, and no doubts might cause a few panic attacks among the folks who have to develop the yet-to-be-invented-technology. Imagine the pep talk before the inventors hit the labs: “No pressure folks, but you really have to sort this stuff out, or things will go very badly.”

Maybe memory now fails me, but wasn’t it only a few years ago that the deadline was 2030 or else (insert bad things happening here)? At least as a civilisation we’ve got another additional two decades to get our house in order. Phew! That’s a relief, I thought that we might have to do something sooner, like err, now.

It’s a sweeping generalisation, but it’s been my experience that our species isn’t really all that good with the activity of planning. There’s a lot of talk about planning, and some of it is probably going on in Glasgow right now, but as has been remarked upon elsewhere: Talk does not cook the rice.

Heck, I shouldn’t judge them, we’re not that good at planning either! The editor and I have put a huge amount of mental and physical energy this week into the issue of sheds on the farm. The sheds are beautiful constructions and very pleasing upon the eye. But for all sorts of reasons, they’re only just sort of working for us.

In the above photo, Ollie is standing in the shade of a kiwi fruit vine which overhangs the path from the house to the secondary wood shed. Observant readers will note that the path is uphill.

All up the climb from the secondary firewood shed to the level the house sits upon is about six feet. It doesn’t sound like much of an incline until you have to push a wheelbarrow full of firewood up the steeper parts of the incline. That’s a seriously heavy load to move.

And to add insult to injury, the rats have taken up residence in the walls of the secondary firewood shed. The firewood shed is located adjacent to the chicken enclosure, and the rats smelling an easy feed, have somehow managed to raid the fortified chicken enclosure. They are enjoying as much grain and fresh water as they need. Due to the better offerings, they blithely ignore rat bait. You can smell the rats whenever you stand next to the shed. The shed has to go.

The health subject which dares not be named, has meant that the editor and I have spent an inordinate amount of time at home this year. And it’s been a cold and wet year too. Between those two circumstances, we’ve somehow managed to use more firewood this year, than in any previous year. The secondary firewood shed was cleared out, and the primary firewood shed was about 80% cleared out. This level of stored dry firewood supply is cutting things too close for comfort. Additional storage allowances have to be ready to hand on the off chance the editor or I are inadvertently injured or become sick.

Then there is the machinery shed. It’s full of useful machinery which makes life easier around the farm, but then for some unknown reason (edit: such as lack of space) some items have been ejected from that very full shed, and they now reside under the carport.

Don’t get me wrong, plenty of things and systems work very well on the farm and have been thoroughly tested and proven over the past decade and then some. However, other things like the sheds, are probably in need of some attention and energy. Long term readers will now know that when confronted with problems, we employ a dynamic attack on destiny and abhor the general response of suppliance and passivity.

The editor and I therefore spent about half a day throwing around possible ideas as to how to resolve the many problems we faced with the sheds.

Sometimes talk does indeed cook the rice! Eventually after many hours of discussion, a decision was reached. Goals were set. Practical details were agreed upon. A very tasty pork belly Bánh mì roll was consumed. Then we went to order some materials from the local timber yard. I can assure readers that timber shortages are indeed real, and we were grateful that the local timber yard was able to supply, something. We’re not entirely sure whether we’ve ordered enough timber, if only because a flexible mindset is called for in these difficult supply circumstances. This is otherwise known as taking what you can get.

And because when goals are set here at the juggernaut that is Fernglade Farm, you don’t hear us pushing out goals and objectives for three decades time. Oh yeah, its now baby! We don’t muck around. A machine was hired.

It took maybe about an hour or so to work out how to effectively use the machine. But once we’d understood how to use the machine, the site began to take shape.

After a days work moving soil with the machine, a sort of flat excavated site has emerged from the paddock. There is still more work to do, but we’ve never moved so much soil in such a short period of time before. I kind of have warm feelings towards the machine, although I note that those feelings are definitely not entirely natural!

It is worth noting that it takes considerable gumption, energy and motivation to correct infrastructure, so that it can adapt to changed circumstances. It is an open question as to whether our civilisation can manage this feat. My gut feeling though suggests that: And it is what it is ’til it ain’t.

The weather has been very pleasant for the excavation works. Sunny and warm, but not too hot so as to be uncomfortable.

Some evenings as the sun sets below the distant horizon, the skies have produced the most amazing colours.

Regular readers will by now know Ruby is the farms boss dog. Ruby has been a little bit upset recently because her sister Plum had scored more rabbit sacrifices than herself. Rabbits in Australia have a really awful ecological history, and so the role of the dogs is to basically ensure that rabbits are elsewhere, or dead. Earlier this week, Ruby the farms boss dog, nabbed a rabbit, and so has now equalised the score between the two Kelpie dogs. Two all! Game on.

With the warmer weather this week, the European honey bees have been very active and they appear to particularly enjoy the many hedges of lavender.

The growing season is still very early, but at this stage it looks as though we might have a bumper crop of strawberries and raspberries.