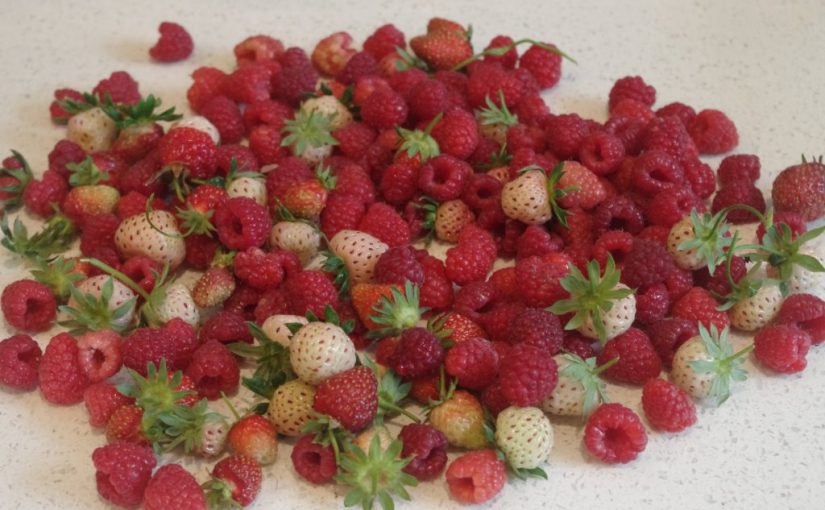 It wasn’t quite two decades ago, but it was probably close enough to that. The Editor and I were living it up in the inner northern suburbs of Melbourne. Plentiful cafes where the barista’s knew how to prepare a proper coffee. Walking to the supermarket was a reality. Trams ran along major roads, and the Victorian era heavy industry had given way to expansive park lands with century old shade trees.

The streets were lined with Victorian era houses where the social status of the occupants could be readily identified from a quick glance at the ornate facades. Someone casually remarked to me, “there’s quiet money in those streets.’ We managed to move there by purchasing a house that wasn’t much more than a hundred plus year old double brick shell. The shell was purchased at a public auction, and some numpty also wanted the wreck of a house, and he managed to spend a year of our accumulated savings in a matter of minutes. But we wore the numpty down, and won the auction.

There is not much to recommend living in a house with a single power point. The timber floors were held together by six layers of carpet. Strange chunks of unidentified minerals spewed out of the kitchen taps. But it was home, and the roof kept the rain off our heads, and sometimes that’s enough.

Restoration of the house began at the front, then proceeded to work towards the back. It’s probably something of a personal failing, but I do try to correct the variables which lead to poor outcomes such as six layers of carpet being the only thing which held together what was left of the timber floors.

The rear of the house contained the kitchen, bathroom and toilet and it had all been constructed of packing crates. You’d imagine that the local government would happily turn a blind eye as I replaced the ramshackle construction with something which complied with the building codes. Nope, they were super-cool with the existing ramshackle construction, and I had to obtain a permit to demolish and replace it.

As part of the permit process, I spoke with the neighbours and they wanted to see a brick wall replacing the ramshackle construction. The Editor and I agreed with their requirements and the local government eventually issued the appropriate permits for the work. The only problem was that I’d never laid a brick wall before, but no matter.

My lack of experience could be circumvented through research. So, I headed down to the local newsagent to see what sort of owner-builder periodicals they had on offer. After a while a hippy magazine came to my attention. It had a Questions and Answers column with an old timer owner builder. These were my kind of people!

The blokes email address was given, and having no shame at all, I sent him my question which was: How did the old timers produce cement footings and lay brick walls? My thinking was that if the old timers could do something with low-tech tools, I could do that too. And the bloke replied with an extensive answer and published his reply in the next edition of the magazine. How cool was that? And the answer was technically very helpful.

Of course, I also read the hippy magazine at my leisure. It was a fun magazine, and who knew that there were all these people leading fascinating and interesting lives? My own life by comparison was OK, but it wasn’t that interesting. The difference was hard to ignore, and the top end corporate existence wasn’t quite working out for me.

Oddly enough, I felt that I could pen better essays than a few of the ones I’d paid to read. So why not give it a go? I got in the ring and began writing essays all those long years ago. I wrote essays, the Editor edited them, and they were set free and fired off to all manner of publications. Most were published, some went into the deep void where spatial anomalies consume pesky crews of bad sci-fi fiction. And there was always the notorious bubble / Carmen Miranda article which I hope never again surfaces to see the light of day! The Editor made me do it.

The magazine format was fun to write for. Replies came long after the heat and passion of disgruntled readers had long since dwindled to nothing. Vitriol is not something that hurts an author when encountered three months after the article was published and the cheque was cashed!

Time moved on and publishing articles on the internet offered a far more immediate forum for feedback from disgruntled readers. Trolls – aren’t they a fun lot? The first time I experienced being derailed by what is now known as a troll, I was quite hurt. People wouldn’t dare say such things to my face – I’d thump them. But things are different online, and the format took a little while to adjust to.

Sadly, over time the remuneration from the magazine and online publishers began to dwindle. The output however increased. And the demands from the publishers were still the same: hurry up and wait, and can you provide a higher resolution photo, with only two hours notice?

After many years I parted company with them all and took a break from writing. During that time, the writing bug didn’t go away. I probably made a right nuisance of myself penning regular comments in the fairly new format of the internet blog. The now defunct Archdruid Report was an absolute favourite, after all, it’s not every day you get to chat to a Druid, especially an Arch one!

The circumstances continued like that for maybe three or perhaps even four years, who now remembers? But whatever, I slowly felt as if I had something to say and the editor suggested that I start my own blog. And here we are today, and we’ve come a long way since then baby! 🙂

Last year due to the health subject which dare not be named, our annual pilgrimage to see the super-awesome Christmas light street display in the nearby town was cancelled. Seriously, the people were asked not to put up their super-awesome Christmas lights. I don’t approve of such measures. And the authorities this year either relented, or forgot to tell the houses not to put up the displays, because they were back! And despite the many hardships, we visited.

Due to all manner of timing issues, such as the restaurant we went to beforehand closing early on Christmas Eve, we arrived to see the light display when the setting sun still cast a pink blush on the low clouds. That soon changed.

It’s nice to see a bit of Australiana in the light displays, and you’ve gotta love a Christmas Kangaroo being chased by a multi coloured Reindeer. It’s hard to explain.

The weather this week has been unsettled, some days are mildly warm, and others were downright cold. Today for example the maximum was a mere 12’C / 54’F. An impressive effort for summer. Apparently there is a comet to be seen in the southern skies just after sunset, but the constant cloud this year has prevented viewing the spectacle. The cloudy sunsets however, have proven to be spectacular.

Work on the new shed project continued. We began adding battens to the roof trusses. The timber battens tie the roof trusses together and are what the corrugated roof sheets will be anchored to.

The pumpkin seedlings were intended to be planted into the old sapling fenced enclosure. However, when I went to clear the enclosure the weeds were almost as tall as I am. I used the brush cutter to drop all of the unwanted vegetation.

Then I used the utility mower to mulch up all of the dropped vegetation. And the pumpkin seeds were planted into that rich organic soil. I’d like to suggest that I was experimenting with letting land lie fallow, but that would be a lie! I just didn’t get around to the job earlier.

In other work around the farm, the new set of concrete stairs had two additional steps added. The fill for the new staircase comes from the cement recovered from the recent de-construction of a shed which took place two weeks ago.

Despite the cool and damp summer, we’re sort of learning how to manage plant growth in these conditions. The tomato seedlings are getting a bit of attention and I’m varying the watering arrangements so as to keep the soil warm. Watering cools the soil, and this tends to slow plant growth.

The Jostaberries and Gooseberries are almost ripe, as are the black and red currants.

The other many varieties of berries are only now becoming ripe. Interestingly a white strawberry is the most tasty variety this year.