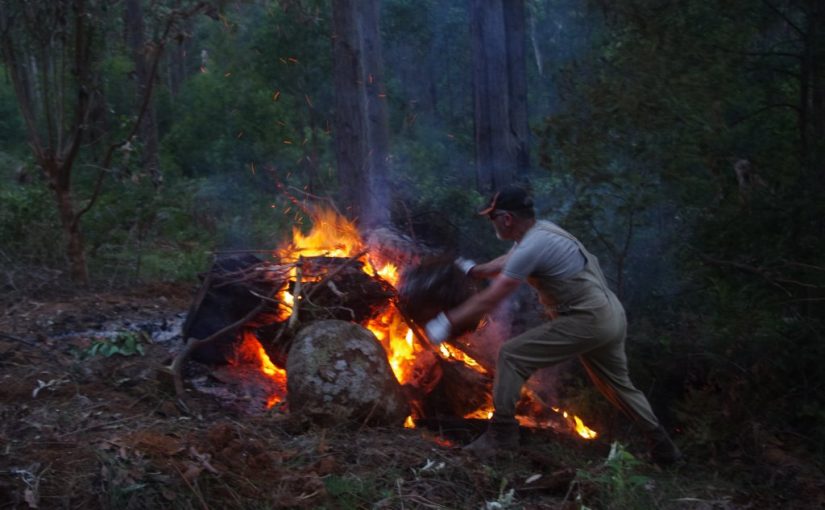 Earlier in the week I heard the refrain: do what you love, and you’ll never work a day or a night. That’s a load of rubbish. I already do what I love, it’s just sometimes there’s too much love. And then I hate what I love. It’s complicated. But yeah, sometimes I just want to keep things simple and easy, and not do too much love, err sorry I meant to write, work. That’s not always easy though.

My family has been on this continent for a number of generations, but the genetic heritage is Scottish. There are clichés about the protestant work ethic, and they might be true. All I know is that I work hard, and I’m pleased with that. It sounds strange when I type the words out, but I do enjoy working.

A few weeks ago I was offered a one off job, which from past experience begins at 7am and usually ends about 11pm. It’s a long work day. It’s a fun job because I get to sit and chat with all sorts of people for a lot of the day. For someone as chatty as I, that is no hardship. And usually I dealt with people having issues, and so there was no hurry, and we’d just talk and try and resolve the problem. Unfortunately, this time around the instructions indicated that I’d be required to wear a mask all day long. I wasn’t really excited by that idea, and so the offer for work was politely declined.

It’s always dangerous to set off my thinking processes when it comes to work, because afterwards I began considering the pay. The pay offered was around $25 an hour. Seems like a good deal, but then I started really thinking further about the job. The median house price is now (Holy Carp!) $1.12m (the m in this case is for million, folks) for metropolitan Melbourne. And about a bit over half that in regional areas. That’s a lot of money. A rough back of the envelope calculation suggests that I’d have to work 21.5 years full time at $25 per hour, not taking out taxes, in order to purchase a median priced house whilst spending money on nothing else. I like working hard, but I’m not excited about that much love, err, sorry work.

A cheeky perspective might be that it ain’t worth getting out of bed these days for $25 per hour. And possibly it isn’t.

Money sure ain’t worth what it used to be worth. When I was a kid, you’d hear wealthy people described as millionaires. So passé, it’s all about billionaires these days. I definitely don’t recall any billionaires when I was a kid. But we’ve got them nowadays. Yay for them!

It makes you wonder though, just how much money is actually floating around? Economists refer to money supply using the terms M1, M2 and M3. The labels are meant to confuse you. The simplest measure is M1, which includes currency, demand deposits, and other liquid deposits, including savings deposits. In less technical terms, that’s the total amount of mad cash. Here is how M1 has grown over my lifetime.

Blind Freddy can see that the total supply of mad cash for the past decade has almost doubled as it did the decade before that. The problem is, if the supply of actual real stuff which anyone can purchase in the country doesn’t increase at the same rate, that stuff costs more. It’s common sense, because if people have more mad cash for purchasing a limited supply of stuff, they’ll happily pay higher prices. That’s inflation for you. And the news on that front lately is candidly not good.

From some perspectives the money supply is a commons, or a public good. The government manages this public good on our behalf, but if they go rogue with the printing press and just churn out mad cash with no thought for tomorrow, then there’ll eventually be problems for everyone with inflation. And here we are today.

I noticed an article on median house prices the other day: Melbourne house prices surge almost $660 per day, but the market may have peaked . A rough back of the envelope calculation suggests that the 16 hours working at $25 per hour will yield $400, which won’t even cover the $660 per day surge in house prices, and I’m assuming that surge includes working weekends too. Far out, I’m getting tired even thinking about that much work. No wonder it feels as if we’re only going backwards.

Sandra and I sat across the desk from a lawyer way back in 1995. He was lecturing us young folks that property was a long term decision. And given that we weren’t married at the time, he also advised that it was something not to be entered into lightly. He was right too, we lost plenty of mad cash when we sold that first house. But at $90,000 the house was cheap relative to our incomes. At the time, if we spent mad cash on nothing else, we could have paid the house off in 2.5 years. My how times have changed.

Regular readers will recall that last week a bifurcated tree split and fell.

With over ten thousand trees, a lot goes wrong with trees, all of the time. Every month or some guy work here helping me out with such work – I call them, the tree dudes. They’re good guys, competent, and I’ve known them for a decade. On Thursday they cut the fallen tree into discs. We then split the discs into firewood. Then hauled the firewood to another sunnier part of the farm.

The local species of Eucalyptus will not easily burn green (i.e. freshly cut). The sugars in the wood have to dry and the moisture content has to fall. This process takes about twelve to twenty four months, so heating with firewood is a long term proposition. Apparently there used to be a Eucalyptus species which burned green, but all of the early settlers cut them down and used them for fuel.

Last week I had access to the amazing diesel powered skid steer machine. The machine was put to work in the final hour of hire cleaning up some of the left over mess that the loggers made during the century they operated in this forest. One very large cut tree stump was half buried and upside down. The machine easily flipped the stump up right again.

This week, I began to burn off the tree stump.

The dreaded autumn leaf colour change is here – as are the countless tourists. It does look pretty, I get that, but the mountain range is just not that well set up for such numbers of tourists.

60 thoughts on “Time and Money”