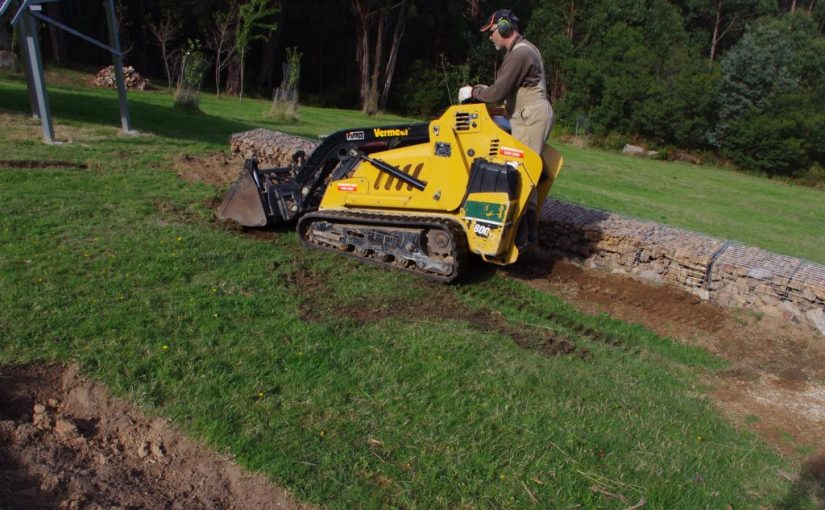 Thursday found me standing on the back of a Vermeer S800TX machine digging out a flat site for our new greenhouse. What a long and convoluted journey it’s been getting to Thursday.

Youth favours great hair, and the household had plenty of big hair. All very rock and roll. Looking back at the younger version of myself, pensive is the word that springs to mind. However, the expressions on the faces of my friends suggest a carefree attitude, and maybe they were.

Who knew how things would turn out. And would we have changed anything had we known? I doubt it. We all lived in a large house in a very well to do area. It was a fun house, and who can forget the owner of the house (who lived next door) asking the hard question: Are you guys going to be quiet? Yeah, sure…

Time moved on. The household broke up. People come and go in your life. I kept in contact with the people in the above photo for a while, some more than others.

The twenties and early thirties are a very social time. My friends were part of a much larger social group, and events were as big as the hair. Hair ages, and events get smaller. Responsibilities increase. Children came into being, and economics spread the group to the far corners of the city, some even interstate and overseas.

Geographical distance is no problem to those who play online computer games, and the group chose that path. Space Invaders, Donkey Kong and the lost hours spent at Amusement Arcades as a young teenager, suggested to me that back then I was avoiding life. To join my friends at their online games might require the same effort of will it once took to escape the earlier fate. Wisdom is hard won.

Patience has limits. Three years was enough for me. They were still playing. And my life now included a hole – my friends were elsewhere, doing other things.

Hobbies and purpose helped. A supportive wife was better. We headed bush, on an adventure. Boon companions became new friends. And here we are today. Life is good.

A very old friend visited last weekend. What he’d lost to cares and pain over time, he’d gained in wisdom. We spoke for hours, when in reality we hadn’t spoken for years. Some news was good. Some was bad. And some was awful. One of the children (now an adult) born into the extended group of friends had taken their life.

Memory is a funny thing. Sandra and I visited the hospital after the birth of that child. Hospitals are sad places. We were so nervous that day, we ate most of the chocolates we’d brought. Memories like that have haunted me for days now. And questions.

The hole the old friends left in my life was filled with new friends and interests. There was an invite from the old friends to attend a barbeque. A polite decline was given. It’s notable that one of the people in the above photo is also dead. That was the previous contact from the old friends group. It’s a lot of pain. And it’s also a reminder to enjoy the spectacle of sunsets.

So, on Thursday, I hung onto the back of a Vermeer S800TX machine for most of the day. Sandra and I were using the machine to excavate and move soil so as to create a flat spot for the new greenhouse project.

It’s a ripper machine, and was super-fun to use. I won’t mention that I had suggested to the equipment hire business that I’d used the machine before and so didn’t require a refresher on the controls. Except that I had forgotten how to tilt the bucket and much to their mirth, I had to call them for assistance. Ah, hubris, you’ve done it again!

Once the controls were mastered, the excavation works began in earnest.

We dug more soil than what was required to level out the flat spot, and so we used the excess soil to fill in and smooth out various holes and depressions in the paddock. Observant readers will note a brown area in the paddock on the left hand side of the above photo.

Late in the day, the job was done. The level was achieved by eye and feel, not even a string line was pressed into service.

We completed the excavation job, and had the machine for another free hour. Did I mention what a great machine it is? That last hour was spent whizzing around the property rolling large rocks out of the paddock and down the hill, like a game of giant billiards! I also managed to clean up a bit of the left over logging detritus.

It is hard to explain some of the mess the loggers left behind them. And somehow either the loggers, or the 1983 bushfire, managed to burn the left over tree stumps which has the effect of preserving them. I’m guessing that the half buried cut tree stump in the above photo has been there for probably sixty years. And because it has been preserved, nothing lives in it or consumes it.

Here’s another two tree stumps left by the loggers.

The machine could easily move these tree stumps around, clean the clay off them and leave them ready to eventually be burnt off. One of the tree stumps was quite large, and I’m guessing the tree was over hundred years, but probably less than two hundred years old. It must have been a very big tree.

A few days ago it was quite windy, and a bifurcated (i.e. a tree with two main trunks) split and fell and took out a few smaller trees. Most definitely a person would not have survived an encounter with that fallen tree. Fortunately there was nobody around at the time when it fell.

Back to the excavation site job. Another day was spent placing a surface of crushed rock with lime over the soil surface. This will firm up over time and also provide a nice all-weather surface with which to walk upon.

Leaf change is now here, as are the countless tourists.

48 thoughts on “Is it worth feeling sad about?”