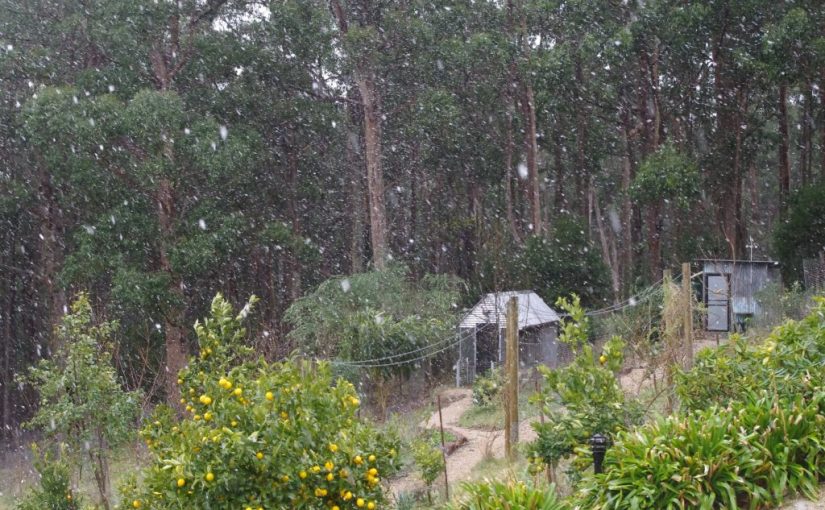 A mate of mine loved the film ‘Shrek’. He used to talk about the film, recounting stories where Shrek did this, or Shrek did that. I don’t dislike cartoon movies, but long term readers will understand that I take the word ‘busy’ to the whole next level, and so despite my mates insistent urging to watch the film, I didn’t immediately rush out to the nearest cinema.

Eventually one thing lead to another, and after a year or two of doing other things and despite being the usual busy, I found myself watching the ‘Shrek’ film. Well far out, the film was better than what my mate suggested. I really enjoyed it. Who would have thought that a cartoon film about an Ogre would be as entertaining as it was?

There was a scene in the film where the central character, Shrek (who was an Ogre) remarked to his best mate, Donkey (who was a talking donkey) that Ogre’s are like Onions in that they have layers. It is a neat analogy to explain that Ogre’s are probably far more complex than they may at first seem. In fact, I feel that the film was certainly more complex and enjoyable than my presupposition regarding it.

Growing edible plants without using a whole bunch of chemicals is also a lot like an onion in that there are several layers of complexity before the growing cycle can even begin.

Even the infrastructure that supports growing plants, has many layers before plants can actually spring from the soil and kept alive for the growing season.

The corn enclosure project has continued this week, but before the seeds can be planted next month, there are a lot of layers of infrastructure to firstly get in place. And so far we estimate that the corn enclosure will cost us about $400 to complete. It is worth mentioning that you can purchase a lot of corn cobs for that sort of money!

This week we cemented in the treated pine timber poles that will form part of the fence surrounding the enclosure.

Like the onion with its multiple layers, the cement holding the posts into the ground has to cure before we can begin with the next layer of the process which is: installing the chicken wire fencing and steel supports. If the chicken wire is pulled taught and the cement has not yet cured, the posts can easily be pulled out of alignment. The process of curing cement into concrete can take quite a number of days depending on the rainfall and the late winter warmth. Given it is cold here, I’ll leave the fence posts alone until next week.

Observant readers will note in the photo above that the corn enclosure has a base of volcanic clay. Volcanic clay just won’t grow the sort of vegetables that people are used to seeing on their dinner plates! Past experience has taught us that it takes somewhere between two and three years of soil improvements before soil fertility is good enough to plant heavy feeding vegetables like corn. Not to underplay the complexity of the situation, but we’re hoping to grow corn, beans, and squash in that enclosure beginning sometime next month. Something needs to change there with the soil – and quickly!

We then have to push the organic matter off the back of the trailer into crates which can then be moved by hand. One full trailer load produces about thirty crates. Three of those crates fits in a wheelbarrow. In the wheelbarrow the crates are lugged anywhere about the farm. Even up the stairs…

As we wish to plant corn into that area next month, we really had to turbo charge the soil fertility building process. With the onion layer analogy in mind, we attempted something new, and placed a diverse range of soil additives into the corn enclosure in successive layers. We have no idea how this experiment will turn out.

The first layer was rich black loam that was removed from a very long established garden bed. Over that black loam I then placed coffee bean husks.

There is no real reason that I placed coffee bean husks as the second layer of the soil lasagne, other than I had a bag of the stuff ready to hand. If I wanted to be a smarty pants, I’d write something about how I’ve noticed that the coffee bean husks are very good at retaining moisture in the garden beds, but really I just have access to a lot of coffee grounds and husks. For a couple of years now, I’ve been taking the coffee grounds and coffee bean husks (a waste product from the coffee bean roasting process) from a cafe in Melbourne. And all of that used to end up in landfill rather than in my orchard. These waste products have useful amounts of phosphorus, potassium, magnesium and copper, all of which are in short supply in Australian agricultural soils. The plants love it.

The back of the car is occasionally very full of the coffee waste, and I reckon it smells quite nice. Usually, I fill plastic bins up at the cafe and then empty them here in the orchard. However, sometimes the cafe produces more waste than my bins can hold and then I fill up the green ‘grain pro’ bags that you can see in the above photo.

Sometimes I joke around and suggest to the editor that I only head into Melbourne to pick up the coffee grounds and husks, but they also serve really tasty muffins at the cafe, and so that is perhaps the other reason! The coffee is also very good – another great reason!

The third layer of soil additives was a bag of used coffee grounds that I also had readily to hand. There is no real reason for this being the third layer, other than it seemed like a good idea to add them into the soil mix.

Then the process became a little bit dirty. I began placing a 10kg (22 pound) bag of blood and bone mix on the ground, and before too long, Ollie the cuddle dog (who every right thinking person knows is an Australian cattle dog) became intently focused on the contents of the bag. There is polite interest, and then there is Ollie trying to get his head into the bag of blood and bone mix.

Before Ollie managed to consume all of the blood and bone mix that I’d spread on the ground in the corn enclosure, I had to get a layer of one cubic metre (1.3 cubic yards) of composted woody mulch over the top of the various lasagne soil layers. It was a race against time, and Ollie was pretty fast. He has a big head.

Before too long, Ollie’s dessert was hidden underneath a layer of composted woody mulch.

By the next blog I plan to also place a 50/50 mixed layer of mushroom compost and compost over the surface. But in the meantime, in the week before that happens, Ollie and the other dogs, as well as all of the native birds that live here, will turn over and mix up all of those layers of organic matter.

I did say that the process of getting the corn enclosure ready was a many layered process!

Many of the larger rocks that we excavated recently were put to good use in retaining some the downhill side of the path between the house and the chicken enclosure. Just on the downhill side of the rocks, we planted dozens of Alkanet plants which are of the Borage family. Alkanet grows really well here. We have hundreds of those plants, and the chickens love the green leaves during the depths of winter. As we get more rocks, we’ll continue placing them along the path.

The weather this week has been really nice. The days were warm and the sun is now rated at Moderate UV. This means that the plants are starting to grow again and we are thawing out after the long winter. But then one afternoon a storm rolled up from the Southern Ocean. There’s not much land between here and Antarctica and so occasionally we get to enjoy a feel of just how cold it gets on that frozen continent.

It even snowed on Sunday:

At one point the sun peeked through the dark and ominous storm clouds and produced what we’ve nicknamed a ‘Snowbow’: (edit: it is a real thing)

We had such a prolonged and late autumn that there have been several strange things going on with the plants at the farm. One example was that there were only a few hellebore flowers, when in past years there have been dozens of them. And the fruit trees are very late in breaking their dormancy compared to earlier years:

With the moderate UV, the spring greens are now beginning to grow again:

Despite the wintery conditions we have more citrus than we could ever reasonably consume. I feed half a dozen lemons per day to the chickens and they love them, but there seems to be still more fruit…

Onto the flowers (you can tell that I became distracted this week due to the snow – hope you enjoyed the video):