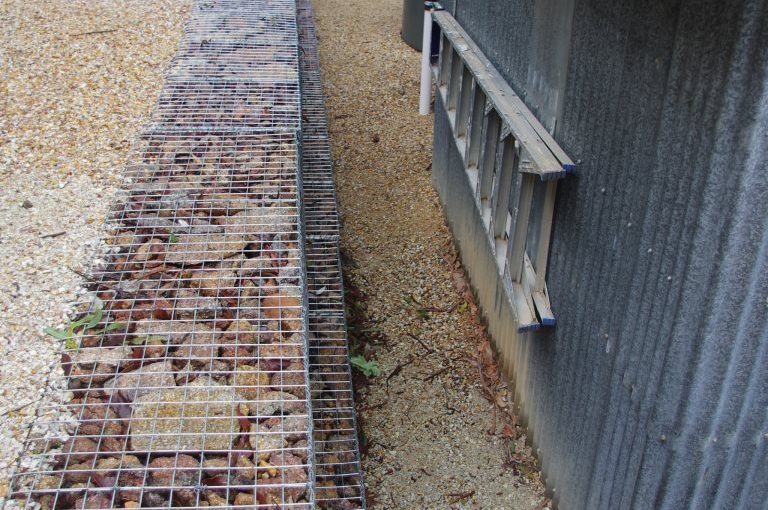 INTERMISSION: We now take a break from our unscheduled break to bring you an important message from our sole sponsor: The biosphere of planet Earth.

Last year a friend loaned me a first edition copy of the 1972 book: “The Limits to Growth”. Of course the copy had to be a paperback edition, and whilst time had been kind to the book, it was nonetheless a paperback book, and 46 years old to boot. As a fearless reader, I plunged nose first into the text, but I was perpetually frightened that I’d spill coffee, or that the crumbs of a particularly tasty muffin would be smeared over the ageing pages.

Fortunately, I was very careful, or I merely failed to notice the damage that I’d caused to the book, and the first edition copy was eventually returned to its owner. The text contained in the book was a very objective and dispassionate assessment of the state of our civilisation, and as such it has attracted more than its fair share of criticism. But I note that despite the many criticisms, the easy to read text has some startling conclusions. And further, the ‘business as usual’ models graphed by the interaction of pollution, population growth, industrial output, food production and food per capita, have tracked alarmingly close to reality, despite the intervening years.

Early last year at the time that I was enjoying numerous coffees and muffins (served in and on washable ceramic cups and plates) whilst reading the first edition copy of ‘The Limits to Growth”, our trade partners in China decided to no longer take Australia’s plastic waste. The grounds given for this refusal is that our recycling waste was too contaminated with other products. It is a fair call too, because in Australia household materials for recycling are all dumped in a single bin. Someone, somewhere has to then sort out all different materials into various waste streams. And it isn’t a pretty job.

Pollution is a strange topic because most people these days tend to think of pollution as a gas: Carbon Dioxide (or Carbon as some people may call it). There sure is a lot of Carbon Dioxide getting released into the atmosphere these days, but that’s just peanuts compared to all the other pollutants getting dumped into the environment. It sure is a toxic load, and another of the fun pollutants is our plastic waste which China is now no longer taking. Well they’re not alone in not wanting the plastic waste because: SKM Recycling tells Victorian councils it will stop taking rubbish; waste now headed to landfill.

It turns out that in the state I live, the company apparently collects 400,000 tonnes of recyclables every year, and that is only a part of the states recyclable materials. The volume is an extraordinary amount of materials and it looks like it might be heading to landfill pretty soon. A little voice at the back of my mind is yelling: “Hope you guys have got some spare landfill space”. I do know that there is no landfill facility in my own local council area as they send stuff elsewhere.

I have elected to have no garbage service here. A truck does go past the house once per week, but we wanted no part of that story. Instead we separate out the materials that can actually be recycled and then take them to where they can be recycled. Anything else that can be composted or otherwise returned into the soils, is. There is little waste here. But even so, there is still waste.

Despite producing very little waste, we occasionally horrify guests. Years ago a mate and his wife were visiting when they happened to note an upside down timber table on top of a fire pile with its legs sticking forlornly up in the air. The table had been unceremoniously dumped upon a bed of forest materials and was waiting to be burned off. There was a lot of moral judgement about the fate of the table, and because the guests felt so strongly about our treatment of the table, we offered it to them as a gift. The offer was rebuffed.

Long term readers will know that the editor and I have carefully restored many a table (see The Table Bunch ). And most of those tables were obtained for very little mad cash. One of the tables in particular would have been custom made locally and cost the former owners many thousands of dollars, and yet they parted company with it for about $100. The deep walnut stain may have had something to do with the lack of appeal for that table, but we sanded it back to bare timber and it is now a truly beautiful timber table.

The table on the fire pile was not a beautiful timber table and the years had not been kind to it. We originally picked it up during hard rubbish in our former inner city area. Hard rubbish is the spectacle where residents in well to do suburbs chuck out their excess stuff onto the kerbside and the local council picks it up and disposes of it. Canny people (including us) scour though the ‘stuff’ in the dark hours of the night and remove the gems. And someone had chucked out the sad timber table.

For many years we used the table as a potting table at the farm, however the combination of water, soil and weather was the final straw for the table which was barely holding together by the time we decided to burn it off.

Unlike the well to do suburbs, up here in the deep dark forest there is no such thing as ‘hard rubbish’. If I was to chuck the table onto the street – and some sneaky folks have dumped rubbish on the street at night – then I’d never hear the end of the fuss that the locals would make. The neighbours would still be talking about it in three decades time! No, it is far more sensible to burn off the timber table and at least get the ashes into the soil. And ash just so happens to be a very good fertiliser.

But some folks are pretty judgemental of such acts. However I suspect that the oh so civilised systems which they enjoy that takes their stuff out of sight and out of mind, are no longer working too well.

Who doesn’t love a good storm? And I really appreciate the rain that these regular winter storms are bringing. The water tanks are now mostly full which is pleasing. Full water tanks are a genuinely comforting thing, much like having a shed full of firewood or money in the bank.

Despite the rain, we were still able to spend a day continuing excavations on the two new garden terraces. I estimate that there are about three to four days further digging before we can begin fencing and planting the two new terraces.

Observant readers will note that in the above photo on either side of me there are two large rocks. Both of those rocks form a natural end point to this lower terrace. We intend to have a path leading away from this lower terrace (which would be behind me in the above photo). The gap between these two large rocks was a bit narrow, and so the rock on the uphill side had to be drilled with many holes and then broken with the electric jackhammer. That work took a few hours but eventually parts of the rock broke away.

The boundary of the other end of the lower terrace also became clear because we unearthed a shelf of rock that is even larger than the Moby (body) rock. If you can’t break the rock up or otherwise hide it, it is best to use the rock to anchor a set of concrete stairs leading up to the higher terrace. The first concrete stair step was poured on Sunday.

And it wouldn’t be Fernglade Farm if we hadn’t unearthed yet another large rock during the day’s excavations:

A trailer load of the local crushed rock with lime was brought back to the farm this week. The path on the lower terrace has begun to be covered by a layer of this material. It makes for an excellent all weather surface.

The recent excavations have produced a rock bonanza! There are so many rocks and they’re all useful. The smaller to mid sized rocks are used to fill steel rock gabion cages, and so another cage was filled with rocks and sewn shut:

The upper and lower rock gabion cages in the photo above are the same size, however we have deliberately offset the cages so that the top cage sits back into the soil slightly. To ensure that the rear of the base of the upper rock gabion cage is stable, we bed the cage down on a surface of the locally quarried crushed rock with lime.

There are a lot of rock gabion cages in place now and they retain the soil on the terrace that holds the potato beds.

Having access to so many rocks has meant that all sorts of projects have been able to be undertaken. Many of the rocks in the courtyard behind the house were also replaced with much larger rocks this week. We are also making the courtyard slightly wider.

That sure was a lot of work this week! Onto the flowers:

70 thoughts on “Out of mind out of sight”