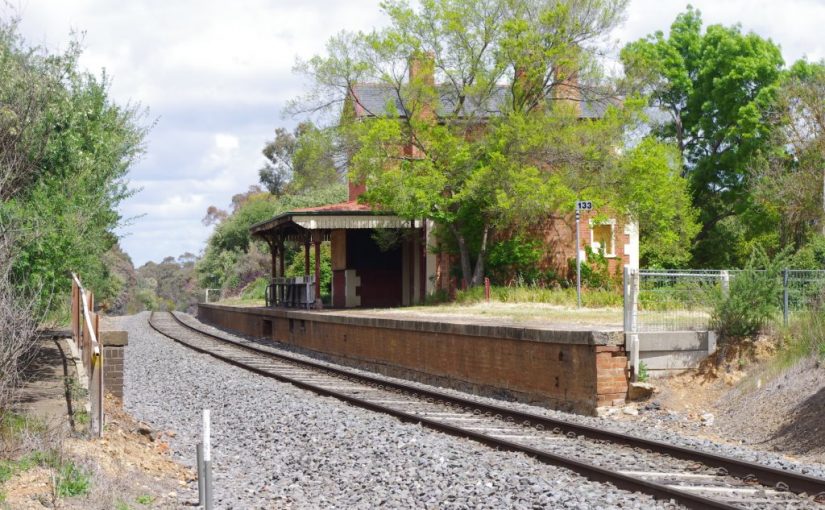 Some folks have been telling me of late that they fear ‘climate change’. And they must be right, because they sure looked genuinely fearful to me. Other folks have taken to the streets recently and are pressuring local governments to declare a ‘climate emergency’. And they must be right too, because some local governments have actually declared a climate emergency. Being a reasonably pragmatic bloke, when faced with such words I tend to think to myself: “Yeah. And then what?”

Such a simple question is not as easily answered as it first seems. As far as I can understand things, the climate change predicament is that the day to day decisions and choices that people are making are going to lead to poor environmental outcomes. If these are the outcomes that people are worried about, one possible course of action which can produce immediate results, is to stop doing those things and begin making choices that could lead to a different future.

It really is that simple to take effective action on climate change. Will it happen? Nope.

But given the stark contrast between words and actions, I still hear talk of ‘fear’ and read talk about ’emergency’. Nowadays when hearing these words, I tend to feel that people are expressing fear of consequences for the past and present decisions and actions.

As a young accountant I watched the demise of manufacturing in this country. Heck, I worked for manufacturers and even assisted their owners shut the operations down and sell the machines overseas. I was fearful, I had to put food on the table, keep a roof over my head and pay down the student debt. Speaking of student debt, I watched the debt increase, all the while the real value of my undergraduate (and post graduate) degree declined, because the venerable learning institutions trained far too many local and international accountants.

I don’t actually worry about any of that stuff, if only because as they used to say down here: She’ll be apples mate!

On the other hand, I do actually worry about apples. Earlier today the editor and I passed by an established apple orchard, and it looked really pretty. About an hour north of here is a fertile mountain range where a large percentage of Australia’s apple crop is grown.

Nine years ago, the World Trade Organisation told our government that we had to accept imports of apples from New Zealand. Australia loses New Zealand apple appeal. By and large, I suspected that people weren’t too bothered by the decision to undercut our local apple producers with the cheaper imports. There were even rumours at the time that Chinese grown apples would arrive via way of New Zealand and be relabelled as New Zealand apples. At the time, I’d heard claims that it was all apparently ‘good for consumers’. And I’d heard those same claims made before: during the demise of local manufacturing.

Apples and other fruit trees have been grown in that area north of here for a long time. The fertile land was located near to the gold-rush boom town of Bendigo, and so the train line passed through the fruit growing area. With the train line in operation from about 1860, produce could travel either north to the gold-fields of Bendigo or south to the big smoke of Melbourne. And the train line has been in continuous operation ever since.

Some of the rail bridges spanning the rivers are beautiful feats of engineering, like this one built in 1860 in the small town of Malmsbury. The town also has an excellent bakery.

Observant readers will note that just below the bridge and leading off the right hand side of the photo is a flat concrete construction. Back when the rail bridge was built, a water race connecting the local reservoir to the orchard area was also constructed. A water race is a concrete lined open channel that flows gently downhill to its destination. The ancient Roman’s used to call such water technology by the name of: ‘Aqueduct’.

It is a marvel to see the water race meandering its circuitous path through the land and across farms, all powered by gravity. Nowadays the water race is empty of water and has not been maintained. And water is now carried uphill and down dale in pipes, which are boosted up hill using electric pumps.

Unlike water, the steam trains in use on the rail line way back in those early days could handle slight inclines or declines. Just like the water race, the rail line also meanders around the undulating countryside. Occasionally, the early surveyors would have had no choice other than recommending a bridge, like this epic one at the town of Taradale:

The train line connects one town to the next. And the town closest to the orchard (and viticulture) agricultural area in the foothills of Mount Alexander is Harcourt. There is even a very attractive railway station there:

It is a bucolic scene. Trains regularly run past the station (every hour), they just don’t stop there any more and the buildings are all boarded up.

I’m guessing the railway station was closed because there just weren’t enough people using the railway station at the time of closure. That makes sense given that in these enlightened times less than 2% of the population work in agriculture, and the town originally serviced the orchard and viticulture activities of the area. The use of trucks to freight the apples directly from the local cool stores to markets and distribution centres also bypassed the railway station. A 10 tonne crane was removed in 1971, so the services offered by the railways station were hardly required.

Nowadays I’d be pretty certain that a large number of this countries apples arrive by ship, apparently because its ‘good for consumers’. Importing apples is good if you want cheap apples, but the activity employs less people than if we grew them locally, and it is not lost on me that some of the money just dribbles off and away overseas never to be seen again.

Near to the base of the mountain range, there is a large cattle farm. It’s clearly been operating as a farm for a very long time, and along a creek there’s an old ruin. I suspect that the ruin was used to house agricultural workers, if only because it is at a distance from the main farm house, whilst also being located adjacent to a water course, but I’m only really guessing. All the same, the building is a ruin, and it serves to remind me that what is not maintained often goes into decline.

Economists appear to be in something of a state of befuddlement over the state of the economy. It reminds me a lot about peoples fears of climate change, in that people wish it were not so, but at the same time they’re doing their utmost best to ensure that things stay as they are. As far as I see things, if the wages of too many people are kept low (or diminished due to rising costs) just so other people can enjoy cheap stuff, well sooner or later we are going to get into some serious economic trouble. If debt hadn’t been used so freely in the last two decades, and that’s right across the developed world, then we’d already be in economic trouble. And it is worth noting that there is no easy and temporary ‘debt’ solution for environmental problems.

A few days ago I noticed that a rodent appears to have taken up residence in one of the chickens laying boxes. The chickens mostly prefer to sleep on the higher steel rods and perches, so the boxes are usually unused. The rodents are pretty clever creatures and I’m wondering if this particular rodent is a very young and small rat, but I’m not really sure.

Anyway, it’s hard to explain. Fortunately, I’ve worked out how the rodent is getting into the chicken house, and you guessed it, it is an impossibly small gap.

There must be something in the water this week, because the other day the editor and I were at a local microbrewery which also just happens to sell the best gourmet pies ever. And that was when we were confronted by this spectacle.

The facts speak for themselves in the above scenario, because to me it looks like trouble has a new name!

The road back home from the gourmet pie shop runs along what I reckon is one of the most scenic drives in the country. The road travels through an extensive valley of undulating hills and impressive rock formations (rocks are good). At one point along the drive there is a rock formation which to me looks like a giant wombat is encountering the torso of a human.

Work on the new garden terrace project has continued. This week we’ve begun adding the compost into which the seedlings will be planted. When the project is complete, we estimate that the project will provide an additional 200 lineal metres (660 lineal feet) of growing space, all in nice neat rows.

We had to take a break from the garden terrace project and do some serious weeding and hedging. That job ended up producing about a dozen wheelbarrow loads of organic matter.

The chickens enjoyed the choicest selection of plants.

But most of the wheelbarrow loads get added to garden beds where the plants break down and feed the soil.

Now is the time to harvest the winter (meyer) lemons. If they’re left on the tree any longer in the spring sunshine, the fruit begins to ferment.

The first step in processing the lemons is to cut them in half.

The lemons don’t have to be cut in half, but doing that places less strain on the fruit press machine.

The acidic juice provided by the lemons is a very useful material which finds it way into cooking, preserving, jam and wine making.

The vegetables in the raised garden beds are growing very well.