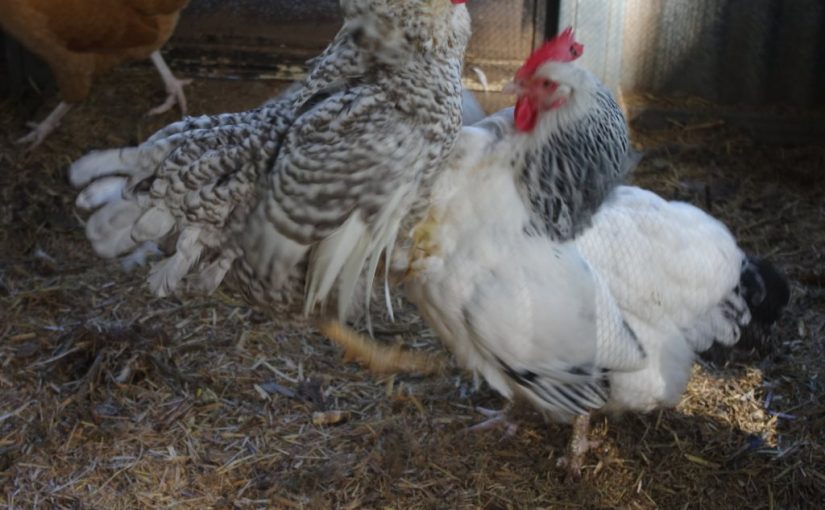 Wonder is the feeling of stepping outside your door of a morning, only to discover what fun the local wildlife has had in the orchard during the previous evening. There is never a dull moment living here. And the wildlife raging and partying through the orchard is as much a part of the farm as the editor and I, or even the fluffy collective.

Years ago when I called the ‘Big Smoke’ of Melbourne home, I never felt that way about place. And the wildlife there sometimes really annoyed the daylights out of me.

I guess things were different in the inner suburbs of Melbourne. The land had been subdivided during the late 19th century, and therefore the plots were small and the Victorian era houses were even smaller. Historically, everyone lived, and still does live, cheek by jowl. And occasionally the wildlife was a serious nuisance.

The Victorian era workers cottages in those inner urban areas usually meant that a person would be sleeping in a bedroom which is only metres from the footpath. I recall one memorable evening when nearby residents parked their vehicle outside the house where I was blithely sleeping (but my sleep did not continue for long). It must have been 3am, and clearly they’d had a grand old evening of partying, for their car stereo was banging on at full volume. As a contrast, earlier that day I’d been doing what people who lived in ‘workers cottages’ had done for many a year, which was: ‘working’.

The car stereo was pumped to the max with filthy dance beats, and they sat there enjoying the music for more than just a few minutes. As a person who still listens to the national youth radio station, I’m quite partial to the occasional filthy dance beat, but not at 3am after a hard day of work.

As an older and maybe wiser person, nowadays I would have woken them up at 8am the next morning and informed them in a friendly and mildly beguiling way that they’d accidentally left the lights on in their car! But no, at the time I didn’t think of that amusing option. Nope. Instead, I wrote them a nice letter which began with: “Dear Disco Boy“, and then I went on to describe in detail how antisocial their behaviour had been the previous early morning. The behaviour was not repeated and I didn’t think much more about it.

That was when things got a bit weird. Another neighbour who I’d been on friendly terms with, suddenly stopped talking to me. And their explanation was that apparently I was now considered a person who was homophobic and they wanted nothing at all to do with me. I was flabbergasted by the claim and had no idea how such a claim came to be. But then I only heard the explanation for the ghosting from yet another neighbour. And yes, it is a truism that: “may the bridges that I’ve burned, light the way forward”, for the friendly neighbourly bridge appeared to have been thoroughly burned through a misunderstanding.

Me, being me, I didn’t ponder the matter any further and just put the misunderstanding down to people being strange. Then, a few days later I received a letter from the neighbour whom I’d nicknamed ‘Disco Boy’. All was now explained.

Professionally outraged was a nice way to describe the reply letter. Disco boy’s shoddy logic went along the lines of this: “I didn’t like the guy because he was gay”. I hadn’t actually raised the guys sexuality in the letter and wasn’t even aware of it. I actually didn’t like him because he was noisy and selfish. The letter continued and in a fit of inspired sophistry, the guy went on to threaten me by letting me know that he was a first year law student, and I guess as such he could do unfathomable legal things to me.

Upon reading the reply letter, I uttered a series of very ungentlemanly words along the lines of: “What the (insert word that rhymes with the word Truck, but begins with an F) is this?” It didn’t seem like much of an apology to me. And neither did the letter display anything resembling the general state of contrition. And the threat, well, I’ve been threatened before, and the vague threat in the letter seemed a bit light weight to me.

In retrospect, the neighbourly interactions were handled poorly from beginning to end. The 3am disco wake up call should not have occurred. I was in error by resorting to name calling. And our budding law student used embarrassingly poor debating tactics to avoid acknowledging their complicity in the matter.

All up, it was a good lesson on what not to do, and I’ve taken the lesson on board and learned from that. However, I see those sorts of shoddy debating tactics used quite often in the media and by politicians. The tactics bore me because they are so transparent. And mostly those tactics are used to divert the conversation away from matters that otherwise probably need to be discussed.

Last century and not long after the Vietnamese army had departed, Cambodia was opened to tourists. In those early days I visited the country and walked through the Killing Fields in Cambodia. I had no idea what I was doing there that day, but it was part of the tour itinerary, so along I went, albeit with a sense of mild trepidation. It was a calm and sunny day, totally out of kilter with what I was about to see. And the area was quiet and mostly undisturbed. A small bunch of us western tourists uncomfortably stood around looking at the ground. The trenches were clearly seen to the eye, and apparently back in the day people were blindfolded and marched to the edges of the pits. There they were shot, and I guess conveniently fell into the pits. Someone must have covered the bodies over with soil, but even so I noted bits of coloured clothing sticking up out of the ground. And to one side of this gruesome spectacle to man’s ingenuity, was a tall glass sided monument with a vaguely Buddhist temple look, which was full of human skulls.

The thing is, if we misuse our language by using extreme labels to describe what are otherwise mild disagreements, we won’t recognise people with actual extreme viewpoints should we ever encounter one in the flesh.

Observant readers will note that the rock in the above photo is rather large and heavy. This week we cleared all of the excess rocks off the garden terrace project. And there sure were a lot of rocks.

We’ve run out of large rocks with which to complete the project. But no doubt, something will work out sooner or later. The most recent steel rock gabion cage is now almost, but not quite full. Alas for the dreaded Peak Rocks!

Over two days we moved by wheelbarrow, 6 cubic metres (7.8 cubic yards) of composted woody mulch up onto the garden terrace project. Into that organic matter we added 50kg (110 pounds) each of coffee grounds and dynamic lifter (chicken manure / seaweed mix). At the end of the first day, it looked like this:

In the above photo, each mound represents a full wheelbarrow load of material. The mix of materials can be seen in detail in the next photo:

After another day’s work, the first stage of fertilising the new garden terraces was completed. And I was seriously physically tired.

From the other side of the top of the garden terraces, I reckon it looks pretty neat.

Some of the garden beds surrounding the garden terrace project also received a good feeding of organic matter (which took almost another cubic metre / 1.3 cubic yards of materials).

On Sunday, I did no work at all, and went with the editor and my mates (of the Big Shed and also House of the Year fame) to the local poultry club auction and we purchased two Light Sussex chickens. It was a cool day and the chickens got to enjoy some time in a ventilated box whilst we enjoyed lunch.

The two new chickens talked a big game, until the largest chicken, a Blue Laced Wyandotte, stomped the daylights out of the uppity new comers.

The next largest and toughest chicken is the large Plymouth Rock, and she wasn’t taking any lip from the new comers either:

It’s pretty rough and tumble in the land of chicken – and they don’t mince words or use shoddy debating tactics to score a point. They just thump their opponents. And now that the pecking order has been established, all of the chickens seem quite happy with the new arrangements.

Postscript: Surprise, surprise! In my tired state, a mild cold has taken hold of my system.

63 thoughts on “Bored to death”