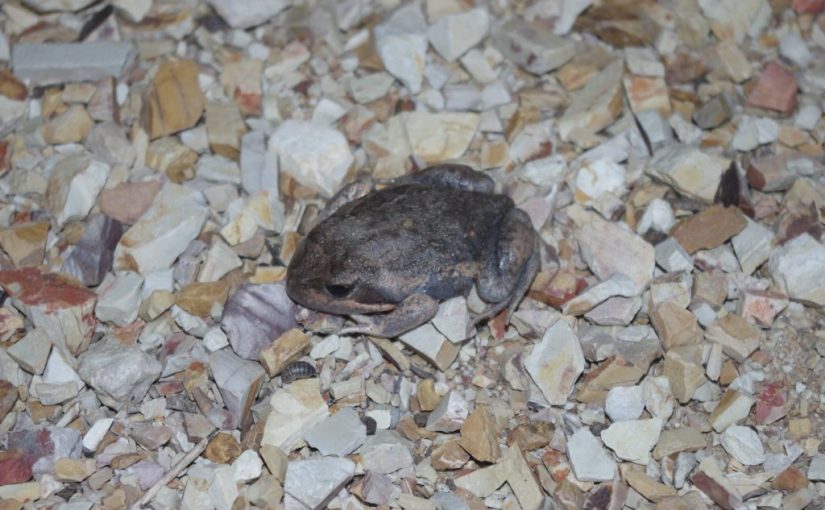 Early mornings are rarely clear for me. My head reclines upon the pillow, whilst my eyes adjust to the light of day streaming in from another part of the house. Surely it had been dark only moments before? Maybe? I just need a few more minutes sleep, but the phones alarm chimes incessantly with the sound of ‘Green_spectrum.mp3’. And it dare not be ignored lest it escalate the volume. Some people may find the tune to be soothing, however I considered it the least offensive alarm noise, or thing, on the phone. My arm reaches over and puts a stop to the noise.

Other members of the household feel differently about early mornings, and Ollie the Australian cuddle dog (err, sorry I meant to type Australian cattle dog) is ever vigilant for the alarm noise of the phone. Off his green couch he excitedly bounces, and then he slows his movement as he lopes into the bedroom on his quiet and stealthy pads. By now, he knows how I feel about early mornings as he blithely ignores the editor and approaches my side of the bed.

The forces of the canine fluffy collective rapidly move against me in the early morning hours. Annoyed by the alarm noise, with my arm already beyond the safety of the blankets, and knowing full well that Ollie is rapidly approaching the bed, the best response I can manage at such an early hour is to open my hand awaiting the inevitable contact of a wet dog nose.

Ollie, senses my dismay at the rapidly unfolding events. And just to delay the contact with my hand but a moment longer, he performs what yoga folks would know as a ‘downward facing doggy’ stretch. I breathe a sigh of relief that Ollie’s wet nose has temporarily moved away from my out stretched hand, but no! Fortified by his mad yoga moves, Ollie launches forward and his wet nose contacts the palm of my outstretched hand.

Things rapidly escalate from there as Ollie has a keen intellect and intuitively knows that my state of mind is bleary at such an early hour. His wet nose disengages from the palm of my hand, and his head gets ever closer to my face. I retreat further away into the centre of the bed. Alas, soon I can feel the heat of his breath and I try my best to move even further away, but the dog is big and with size comes reach. Before I know it, Ollie’s tongue has tasted my barely awake face. Every single morning.

By mid-morning, Ollie would have little chance of getting away with such a trick, and sometimes that is because the morning may occasionally find me in the big smoke at a cafe. It is a necessary stop before engaging in the working day.

The cafe is a comfy and busy place, and unlike most cafes, they roast their coffee beans out back. Plus they make the tastiest muffins. The muffins are prepared and cooked on site, and you never know what flavours you may be greeted with. Sometimes, there are no muffins at all because they’ve sold out. A truly tragic event, but a person must learn to live with the ups and downs of life.

I take a seat at the window and await to be served. Sometimes my nose is buried in an engrossing book, and I have to recall to go and do some paid work. On the other side of the large pane glass window there is a tram stop (electric street car service) and there are always people waiting patiently for the next tram to arrive. Across the road there is a chemist (pharmacy). Surreptitiously and for many years I’ve watched the unusual characters that frequent the business and think to myself that surely the business must be catering for some sort of methadone program?

The coffee and (hopefully) muffin arrives and I ignore the antics on the other side of the window, and dive with gusto into the book that I’ve brought along for the experience. The book seems to appreciate the adventure. Once the final crumbs of the muffin have been consumed, I look forlornly at the now empty porcelain cup which by now contains only a memory of the coffee. It’s time to leave and go and do some paid work. However, before I leave I make an enigmatic comment to the cafe boss: “Ok if I bring the tubs back?”

I leave the cafe and sadly dump the book in the dirt mouse Suzuki. One thing I have learned in life is that life is short and there are a lot of books to enjoy. The hatchback is then opened and I reach in and grab the ‘tubs’. Inside the boot of the car, two mysterious black plastic cylinders with red lids await me, and I remove them from the car and take them back into the cafe.

Without much fanfare, I make my way into the rear of the cafe. Some may call it the ‘business end of things’, and they’d probably be right. The red lids are removed from the tubs, and I fill both of them to the brim with used coffee grounds. There is often more used coffee grounds than will fit in the tubs, and we have ways of dealing with that situation!

Over the years, mechanics working on the dirt mouse Suzuki have been surprised to find that the back of the car is full of used coffee grounds. I guess it is not what they’d expect to find in such a vehicle, but nonetheless, it is what’s there. And after all of these years, I’m yet to find any used and undisturbed coffee grounds remaining in the orchard.

The local pub was closed for years. During that time I once encountered the bloke who was care-taking the building, and I don’t know why, but I just had the strangest feeling that he’d been exploring every nook and cranny in the place in a quest for beverages of the sort that they sold when the pub actually functioned. Then one day, someone actually re-opened the local pub for business.

Shortly after the business opened, the editor and I went to check out the pub at night, and from a distance, the lights were gently glowing in the cold night (the nights are often cold here), and the sounds of laughter were warm and welcoming. It was at that moment as we stood in the dark that we felt as if we were in some sort of bizarre Dickensian tale, and we were lamenting at the gates to the establishment: “Please Sir, we’d like to have fun too”. And so we do.

The outer edges of the path are constructed much like the terraces, by using clods of soil which are held together by thick and extensive root systems. You can see clods in action in the above photo. They work much like sandbags, and in the warm sun they dry quickly and become very firm.

Excavated clay is added behind the clods so as to bring the surface level up enough so that the path eventually becomes flat. The tyre of the wheelbarrow does the job of compaction of the clay surface each time I bring down a load of excavated clay. The clay weighs a heck of a lot, and the pressure applied where the tyre runs along the clay surface completes the compaction job.

The construction of path has not been completed, but it has almost reached the driveway, and that means that it is good enough to use to bring bulk organic materials over to the terrace project. Eventually the path will have a layer of the locally crushed rock with lime so as to provide an all weather surface.

All the clay for the path this week was excavated from the third and highest terrace. Excavations on the terrace and the creation of the path took three days of  hard work – most of which was done by hand. The excavations on all three terraces are now complete.

However, after the first day of excavations, the upper terrace looked like this:

Observant readers will note that about half way down the terrace and on the up hill side we’d begun digging around a large rock. The rock moved ever so slightly, and that is a sign that the rock can be dealt to. And I drilled and split that rock apart.

Eventually all of the rock was drilled and split into many marginally lighter and smaller rocks. It was unfeasible just how many large and small rocks that we excavated in the final stage of excavating the upper terrace.

The excavations on all three terraces are now DONE!

And the new path was used to bring in a load of 1 cubic metre (1.3 cubic yards) of composted woody mulch to place on the lowest of the three new garden terraces.

Nature can be pretty unusual, and earlier in the week one of the chickens laid a particularly large egg. And inside the egg was a surprise: Another egg!

With the warmer spring weather, the farm jumps with life. One evening I headed outside with the camera, and there sure is never a dull moment here: