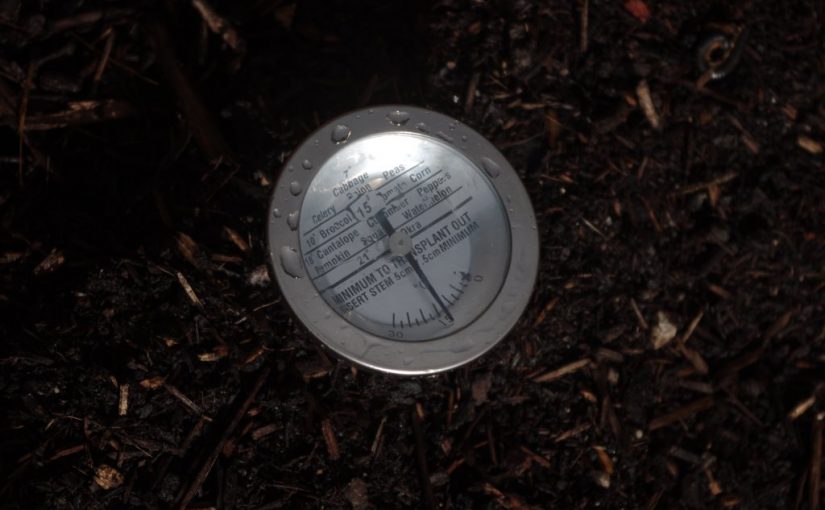 A few nights ago, I awoke from a vivid dream. During the daytime, I can barely recollect visual memories, but night time is a whole different world. My dreams are occasionally vivid, and I almost feel as if I am walking alive in the dream state. I’m not immune from nightmares either, and know what it feels like to wake up in fright in the dead of night. However, my dream of a few nights ago was of a different sort.

In the dream I was sitting at a desk. The desk was of a type that is known as a partners desk, and they’re an old school desk which allow for two people to sit opposite each other. There was no one on the other side of the desk, which was fortunate because it afforded me a view out through the pane glass window onto the street. The desk was in the middle of a small Victorian era (1890’s) shop with a large pane glass window shaded by a huge verandah covering the side walk. And there was a single door from the street on one side of the building which lead into the room in which I sat at the desk.

Behind me a small fire resided in a cast iron fireplace and released its heat into the room. Next to the brick wall in which the cast iron fireplace was installed, there was a hallway, and I could hear noises from further back in the building. I knew what those noises were, and the hairs on the back of neck rose. I got up from my chair at the desk and walked towards the rear of the room and then along the hallway. The familiar noises were coming from a door leading off the hallway and into the adjacent alleyway, and then I knew for sure.

The cat has been dead for over 24 years now, but in my dream state, she was there, and it was mildly spooky hearing her wanting to be let back into the house in my dream. I woke up at that point feeling a sense of loss and disorientation.

The cat’s name was Ricey, and it is a cool name for a cat. She came into my life unbidden at about the age of 8 years old (me, not her). I can’t talk the situation up, I grew up in a broken home. My dad left when I was so young that I barely remember him, and even the birthday cards with the five or ten bucks stopped turning up after a while. My mum was a difficult lady, and she had her hands full with my two sisters, whilst she also pursued her own dreams. As a consequence I was mostly ignored, which was fine by me. Some people would be crushed by such an upbringing, I am not one such. I revelled in the freedom that was afforded me, and my cat was my little buddy whilst I was at home. We were fast friends.

There was nothing really special about Ricey, she was a white street cat with black spots, and she was of very uncertain parentage. A pedigree was not in her lineage, but then I too make no such claims! At nights she used to sleep on my bed, and over winter she’d snuggle under the covers. To be honest, sometimes she was a bit too hot under the covers and I’d wake up in the middle of the night and throw the covers off.

She liked being warm that cat, and used to love sun-baking. Alas the pink skin and thin white fur on her ears was no match for the hot summer sun with its extreme UV, and eventually she developed black skin cancer cells on her ears. It didn’t look too good and I thought she might die. We took her down to the veterinarian surgery, and they lopped her ears off. She hardly seemed to be troubled by losing her ears and she had the added side benefit of now looking like a baby harp seal. And she lived to a ripe old age.

Due to the family circumstances, we moved around a lot. I changed schools a fair bit too, and became good at making new friends. But somehow, I had learned the harsh lesson that life was a transitory affair at best, and tragedy always stalked around the corner just out of sight. But Ricey was a constant.

Eventually we settled into an old house that had an old granite wash-house with attached toilet in the backyard. Because I was a boy I guess, the wash-house was roughly converted into my bedroom. But hey, I had a room that was just big enough for my single bed, desk, drawers and tiny cupboard. And I had my own toilet. The room was the best gift ever. If I wanted to hang out with my mates at night, I just jumped the back fence and took off along the old alleyway, and away and off into the night I went.

The shed had a fly-screen covering both the door and window and when summer nights were unbearably hot, I used to leave the door and window open and let the cooler night air in. Of course the structure of the shed was granite, and on hot nights I could press my body up against the cool granite and try to get some sleep.

Over winter, the shed which was unheated and un-insulated was bitterly cold, and on those nights I appreciated the warmth from the cat, and she dived under the covers and stoically slept solidly until the sun rose the next day.

Of course at night when conditions were fine, Ricey likewise came and went as she pleased. We had this sort of communication thing going on where if she was on the bed and wanted out, she’d just wake me up by stalking around the room. If she was outside the shed, she’d wake me up by sharpening her claws on the fly-screen to the door. I didn’t even need to get out of bed, because the room was small and one arm could leave the covers, unlatch the door, before returning under the covers again. I’d know the sound anywhere if I heard it, and I heard it vividly again in my dream the other night, and I knew who was on the other side of the door in my dream world.

I miss the old cat and she lived with me for most of her life – even when I was living in share houses. The cat added a certain spice to the household, and often you weren’t allowed to have pets in rental properties, so it was a bit of a risk which could lead to penalties and/or eviction. At one point just prior to meeting the editor, I had moved into a flat (the technical name for an apartment without a lift), and the place had a firm ‘no pets’ policy and I had to ask my mum if the cat could stay at her place. And Ricey and I were separated for about two years. She was an old cat by then and knew her way around my mum’s place so it was a least worst option.

After the editor and I were married, I got a phone call from my mum telling me that if I didn’t pick up the cat, she was going to get her put down (euthanased). Within the space of an hour, I’d taken Ricey away from there and she lived for another year and a half with the editor and myself. I sure as heck miss that cat.

This week the weather was feral as several storms rolled in from the Southern Ocean. One of the storms was epic, and I even believe that I observed a small tornado forming in the valley below the farm. The tornado dissipated, but when the storm that accompanied it hit the house, it felt as if someone had turned a hose on the windows and wind pummelled the side of the house.

In between the storms, the sun shone and the weather was cold. It is hard to believe that we are only weeks away from summer. Yet the two states (Queensland and New South Wales) on the same continent to the north of here are suffering from an epic drought and very serious bushfires.

Observant readers will note that there are many plants growing around the fence line in the above photo. The plants growing there include: Blueberries; Cape Gooseberries; Red and Black Currants; Horseradish; Tea Camellia’s; Chilean Guava’s; and Gooseberries.

The rain storms this week were a great opportunity to see where water was flowing where it shouldn’t be. We’ve recently begun constructing a path up above the house leading from the driveway to the new garden terraces. On one section of the pathway during the recent storm we spotted a bit of water pooling and flowing. It is a bit of a cautionary tale really, because a few years ago a landslide occurred near to that spot and we are keen not to repeat the experience. So rocks and a thick surface of the locally quarried crushed rock with lime were placed on the clay surface of the new path. A thick layer of composted woody mulch will be placed on the down hill side of this section of the path and hopefully that will slow the movement of any water during extreme storm events.

Ollie the Australian cuddle dog (err, apologies he’s an Australian cattle dog) has been attempting to break into the recently fenced lower garden terrace. I added a 10kg (22 pound) bag of blood and bone to the garden beds there, and since that time Ollie has been doing his best to eat the stuff.

Eventually, Ollie out-smarted us and managed to get into the fenced off enclosure. Well done Ollie, and the smell of blood and bone on him was a dead give-away (plus we found him inside the enclosure). Anyway, we sorted out the fencing and now he is without his soil additives.

The strawberry enclosure received two bales of sugar cane mulch. The sugar cane mulch is particularly good at keeping the slowly ripening berries off the soil. If the berries come into contact with the soil, they tend to begin fermenting rapidly. Commercial growers use black plastic to achieve the same thing, but at least the sugar cane mulch will feed the soil.

The lavender on the other side of the strawberry cage is looking really good and attracts a huge number of insects (the hum of insects is audible here):

We also spent a day in the forest surrounding the farm cleaning up a small part of the mess left from over a century of logging. The mountain range was logged since the 1860’s, and for the life of me I can’t begin to understand why tree stumps were dragged (by bulldozers presumably) into certain spots. The tree stumps don’t break down and they display signs of the last bushfire which went through the property in 1983 (Ash Wednesday). Anyway, it is hard work cleaning up the mess, which I guess maybe why they didn’t do the job.