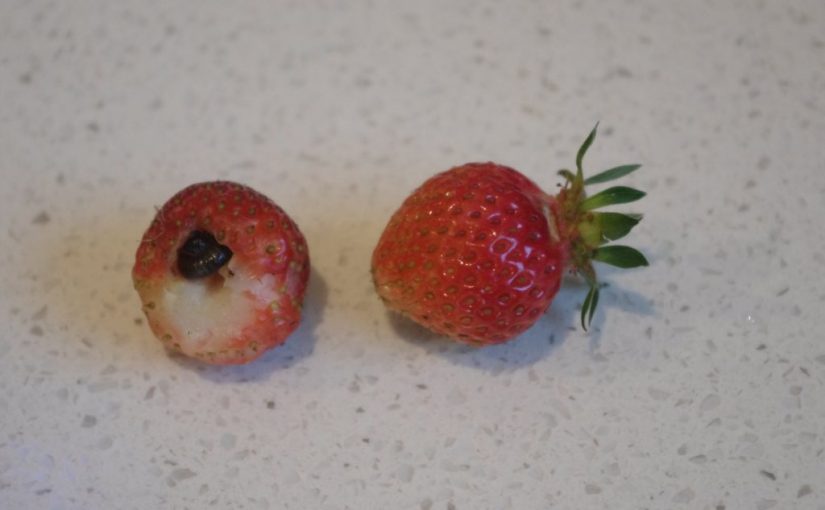 Last week, the editor suggested that a trip to the cinema was in order. I quite enjoy going to the cinema to watch films on the big screen and who doesn’t enjoy the comfy seats? Plus the editor always nabs a particularly tasty bag of lollies. And at the end of the film there is the gourmet hamburger and chips to be enjoyed.

However, the particular film which the editor wanted to see was apparently something of a sore trial. I’d encountered several people, and read a fair few reviews which lent weight to that point of view. In fact, one person told me that they needed to be psychologically prepared to watch the film. So, due to all of the negative feedback, and despite the promise of a gourmet hamburger and chips, I was mildly concerned.

Still, I’m easily bought with good food, and after watching the film, I could not relate to the concerns that other people had expressed. For the record, the film (Joker) was not psychologically shocking at all, and I’ve had the unfortunate experience of watching more terrifying movies (John Carpenter’s film Dawn of the Dead) or films with bigger bullet budgets (Ridley Scott’s film Black Hawk Down).

Anyway, this was the first Batman film that I have seen. I’m not a fan of the franchise. And I wouldn’t have gone to the cinema to watch the film in the first place, if the editor hadn’t suggested it. At the core of peoples concern was that the film turned the Batman trope upon its head. The normal good guys became the bad guys, and the bad guys ended up looking pretty good. I guess that could be disturbing for many people.

I actually left the film feeling sort of sorry for the character who had become the Joker. And it wasn’t lost on me that at several points along the characters journey from schmuck to supreme evil doer, that he had not only asked for help on several occasions and was rebuffed, but he had also been hounded into the role. The Wayne family (who Batman was the sole surviving heir after his parents fell to the meager bullet budget in the film) as well as all of the figures of authority, didn’t look so good to me – even the ones who pretended to be nice. And there were unfortunate and rather terminal consequences for the nice pretending characters.

Whilst the editor and I were enjoying the film, in the two states to the north of here (New South Wales and Queensland), there have been some serious bushfires. Those two states have been in the grip of an epic drought for at least the past two years, and bushfires are a consequence of that.

During the bushfires, our Federal politics managed to get even stranger than it usually is. I’m not going to dignify the strangeness by repeating the politically motivated slurs that were thrown around in the Federal Parliament. I have the perspective that politicians re paid by the community to represent the community and resolve communal problems. The actions of the Federal politicians this week, unfortunately suggest that they are doing otherwise. And the character of the Joker would possibly have some rather disturbing and unexpected ways with which to deal with the likes of them.

However it was not lost on me that the real joke of the matter is that bushfires and the management of the forests, are largely within the control of the State governments and State politicians. They’re the ones who set the planning rules which describe what landowners can and cannot do with forests and grasslands. They also provide the resources with which to fight bushfires. And lastly, the same State governments solely monopolises the job of managing the forests. The Federal politicians have largely no influence on the matter, other than making a lot of noise and providing additional resources to bushfire affected areas, such as deploying the armed forces. It seems bonkers to me that they’re even talking about a subject, over which they have little to no control. And it is a poor reflection upon their credibility.

Over the years, the thing I have learned first hand about managing a forest is that it is extraordinarily hard work. The indigenous folk managed the task for dozens of millennia (that’s dozens of thousands of years). I’d be pretty sure that they didn’t get it right all of the time, but historical accounts of the early settlers suggest that they did extremely well. And a very good case can be made that they did far better than we are managing the environment today. And there is the nub of the dilemma for us nowadays: Things were actually better in the past.

After each epic bushfire, or series of bushfires, the politicians call for some sort of report such as the recent 2009 Royal Commission into the Black Saturday bushfires (as a hint, it wasn’t the first such high level investigation). The investigations are a good way for the community to air their stories and grievances and the dead be metaphorically laid to rest. At the end of such a investigation recommendations can be made, some of which may even be implemented (or not). And the lawyers involved probably earned some serious mad cash.

But then maintaining forest is actually seriously hard work. And seriously hard work usually translates these days into expensive work. My gut feeling has long been that governments don’t want to pay for the work to be done, and they’ll seize upon any excuse to get out of doing it.

Years ago by sheer chance I had the opportunity to speak with a local politician about the matter. I received a rather surprising and candid opinion that whenever forest management activities were announced, the politicians were flooded with complaints. And the complaints were as unusual as (and this one was impressed upon my memory): “Your burn off will ruin my daughters 21st birthday party”. Indeed.

So nothing gets done, and the will to do something by the authorities is pushed to the side as other priorities are pushed to the fore. Until the next bushfire that is and then the braying of the politicians will bore us all again for a while. But here’s the real joke of the situation: The environment was actually better managed before us people of European ancestry began suggesting that we knew better about such matters.

The weather this week was again cool, with only the occasional bit of rain. The smoke from the bushfires up north is blowing east and out over the Pacific Ocean, so none of it is making its way down south to here. On the other hand, the UV (Ultraviolet Radiation) is marking its journey this week from a rating of ‘Very High’ to ‘Extreme’. Even on cool days, the sun still has bite and can burn skin.

Each year the editor and I expand the amount of land under cultivation. Last year we reached the point where watering the annual plants was taking up more time each day than we had available to us. Over the winter we’d decided to purchase a watering robot. That is my name for an automatic drip watering system for the vegetable beds. This week the watering robot was installed.

Installing the system was seriously complicated and very hard work. Even after two days of solid work on the system, only two of the five garden terraces have the automatic watering system set up and running.

The dripper lines can release about 2 litres (a bit over half a gallon) of water each hour at about every foot (30cm). Over the years we’ve tested a lot of different watering systems, and we don’t really know how this one will work out. What we do know is that as the farm expands production, the amount of time required each day to achieve tasks becomes greater.

The editor managed to mow about half the farm in under two hours the other day. It was an impressive achievement. When we first began having to manage such a large piece of land, the annual mowing job took about a week. It wasn’t long before we got the job down to 3 days. To complete the job this year I believe it will take about two full days now.

The other half of the farm will take the bulk of the time to achieve. Without a bunch of labourers to achieve easy gains, we have had to resort to the assistance of machines. And about a month ago I managed to track down a rare beast of a mystery machine. It is a ride on mower that is especially designed with a low centre of gravity so that it can navigate steep land. Best of all, we managed to purchase it in near new condition and under half price.

I’ve ridden motorcycles for years and I have little fear of such machines. However, I read somewhere not long ago that somewhere in the country, someone presents at a hospital emergency department every six hours due to an accident with a quad bike or ride on mower. That’s not good, and I never considered such a machine due to the steepness of the land here. On the other hand, this new mystery machine feels reasonably stable on the 15 degree slope here, although you still have to concentrate when you’re using it.

Scritchy the possible boss dog, likewise needs to concentrate. She is now well over 18 years old. The other evening she jumped off the veranda and fell 900mm (3 foot). Such a feat is not outside her usual repertoire of moves. Unfortunately for her, this time she fell onto her face. I thought that she’d broken her neck, but no she seems to have fully recovered. I’m only hoping that she has learned from that experience, but it is not a good sign for her future.

After a rubbish season last year due to extreme heat and dry weather, the strawberries look as though they’ll produce a bumper harvest.

Unfortunately the pesky Portuguese millipedes have a taste for the early berries. We’ve taken to physically removing the millipedes, and each day we capture less of them:

The soil temperature has risen this week, and so the earliest tomato and corn seedlings have germinated:

The almonds are as large this year as I have ever seen them:

The red and black currants are putting on good size too, and they’re usually ready to eat/ferment just before Christmas:

Apricots are likewise many weeks away from being ripe and ready to eat, but even now they look good:

The broccoli plants are beginning to form good florets (the technical name for the edible bit of the vegetable):