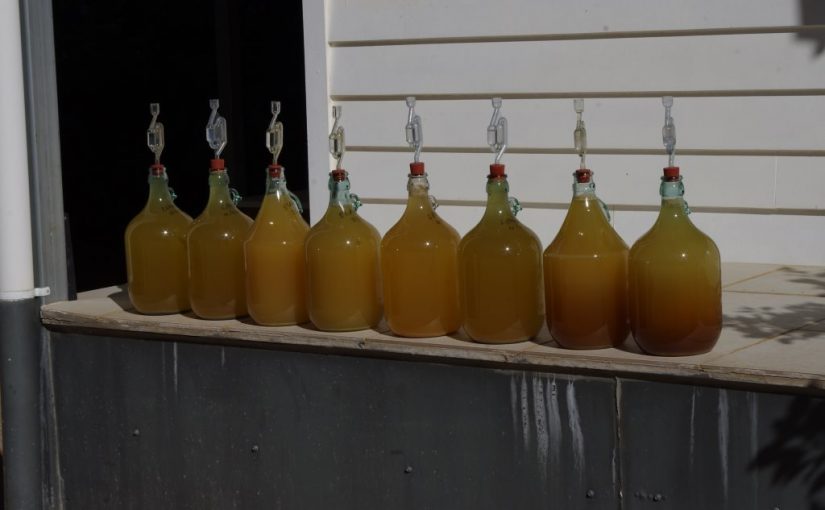 When you think back upon the concerns of your past, it is funny to consider just how far and strange the journey that one’s life becomes.

The 1986 film Top Gun cast a long cultural shadow. At the time of the films release I was a teenager, the soundtrack dominated the airwaves, the quotes were clunky but memorable, and I ached for a pair of Ray-ban Aviator sunglasses. Unfortunately, at the time, and despite seeing the movie, I was a broke teenager (despite working) and couldn’t stump the mad cash for a pair of the expensive sunglasses. On the other hand, in the eternal quest for coolness, me owning the sunglasses probably wouldn’t have helped matters.

A few weeks ago the editor was unfortunately attacked by a bull-ant whilst checking upon the slowly ripening strawberries. The bull-ant saw its shot and took it. Spare a thought for the poor editor, because bull-ants not only inject formic acid under the skin, they also spray the area of the bite with the same acid. The result is a mild chemical burn which itches like crazy for many days. We’re not a fan of the ants, and occasionally getting bitten is a fact of life here.

Ants are fairly useful in drier environments because they perform similar functions to the earthworms. On the other hand, the ants are not fans of anything other than their own species, and they’re warlike little blighters. But we’ve discovered that the ants don’t tend to build nests in areas where there is top soil. The plants like top soil, I like top soil, and the ants hate top soil. So needless to say, over the years we’ve been continuously developing the top soil on the farm.

But back to the long suffering editor with her ant bite. Over the years, we’ve observed that consuming fresh greens straight from the garden introduces potent anti-inflammatory agents which help to reduce the swelling from ant bites and other insect stings. But a few years ago we discovered by pure chance that our mead (a potent wine produced from honey) was an even stronger anti-inflammatory agent than the fresh greens.

For a few days whilst the editor was recovering from the itchy ant bite, every night we enjoyed a glass of mead. I can confirm that the medicine worked wonders.

Mead was the first country wine that we began producing. As a wine, it is ridiculously easy and mostly fool-proof to make. Honey is about 80% sugar, so we use 1.3kg (2.8 pounds) of honey, in a 5 Litre (1.3 gallon) demijohn, and it eventually produces a very strong brew. In the first few months of fermentation, the outcome is drinkable but a bit rough around the edges. After a year, the batch is very smooth indeed. The mead we enjoyed during the editors travails was discovered at the back of the storage shelves and had been produced three years ago. It was beyond superb.

With the concerns I have nowadays, sometimes I wonder about just how strange this journey has been since the days of me (as a teenager) watching the film Top Gun at the cinema with my mates. Like the fighter pilots in the film, I guess life just sometimes deals up pivotal moments that go on to shape who, and perhaps more importantly, where you are.

I’ve always worked. Some people shirk work, but I’m not one of them. A few years after the film Top Gun was released, I reached the age where I was recognised as an adult. I worked, I studied at University part time at night, I maintained outside interests and relationships, and despite many set backs, I rose in my profession.

After two decades of that growth, I had teams of people reporting to me, and the problems were immense and never ending. My friends recalled that I watched the film Top Gun with them back in the day, and whilst I may not have had their esteem, however, I had professional standing and recognition within the wider community. I was on top of the world. Eventually, I found myself in a professional capacity reporting to a board of directors.

Politics, is perhaps not my strong suit. I have this unfortunate habit of being what is known as a: ‘straight talker’, and I do my best to tell it like it is (or as it seems to be from my perspective). Most of the time, I wasn’t really required to do anything or contribute to the board discussions. However, at one board meeting the directors turned their highfalutin attentions in my direction and asked me whether I could guarantee that there were no errors in the accounts. In that seemingly innocuous question, I saw my future flash before my eyes, and it was more of the same sort of questions. As the film showed, even Top Gun pilots make mistakes or get into tricky situations. As my mouth responded to the innocuous question by describing the processes of ‘internal controls’ and ‘materiality’, which I’m frankly not sure was clearly understood, my mind recoiled at the motivation behind the question. And I no longer wanted any part of it.

Fast forward a dozen years, and we’re making mead and battling ants. And I reckon it was a good choice.

Earlier in the week the days were sunny but cold. And the nights were even colder.

Then just because life is not a constant, the weather became crazy hot. Thursday afternoon reached 39’C / 102’F and it was starting to feel pretty hot. And because the house does not have an air-conditioner, after a couple of hot days, and despite thick insulation, the inside of the house reached 25’C / 77’F, which to be honest wasn’t as hot as it was outside the house in the shade!

One consolation is that the hot days produced amazing sunsets:

On the hottest day, a late wind change from the Southern Ocean delivered a cool change, some rain and the outside air temperature dropped to 21’C / 70’F all within an hour of reaching the hottest part of the day. The rain brought with it red dust from the centre of this driest inhabited continent.

Over night I left the protected windows open to the cooler air, and the house cooled. In fact the next morning was so cool that I woke to find that I had chucked three woollen blankets onto the bed during the night. And fog had settled in the valley below the farm.

There are possibly around ten thousand trees on this property. And the strong winds that accompanied the hot day brought quite a few branches and smaller trees to the ground. I appreciate natures contribution to my firewood reserves.

We like to keep a neat ship here, and so we spent two days gathering up the fallen timber and processing firewood, mulching and chipping the leaves, and burning off everything else.

The fire restrictions were not in place yet, so I could have burned the fallen material in the forest. However, the conditions in the forest seemed a little bit too dry and windy for my comfort. So instead, we used the steel brazier to burn off wheelbarrow after wheelbarrow of materials. The ash is eventually returned to the forest.

A 2.5 horsepower electric chipper is used to turn all of the smaller branches and leaves into mulch (a fancy name for soil food). The solar power system easily runs this sized motor.

Of course, there is little point owning such a machine if you don’t know how to maintain it. And I regularly sharpen the steel blades using an angle grinder. If a person had plenty of free time, the steel blades in the machine could just as easily be sharpened by hand – and they’d probably last longer as well.

The mulch was then moved by wheelbarrow and placed on the bare soil surfaces of the new path that runs above the house.

The wind on the very hot day was quite strong, and one of the larger quince trees which was growing in a garden bed, blew over. If I move the fruit tree now it will surely die. I will leave the job of moving it until next autumn when the weather is again cooler and wetter.

This time of year, we have finished making sake (rice wine), and begin making other fruit and flower based country wines. This week we produced four 5 litre (1.3 gallon) demijohns of elderflower wine. It is a very tasty wine and I note that the flavour is gaining popularity, however, I can’t say that I’m a fan of the smell when the mix is first prepared.

We have quite a lot of different brews on the go at the moment. And the strong late spring sunshine really speeds the fermentation process along. The neighbours may be scandalised to see such activities taking place. Whatever!

Dung beetles have only been in the country for about 50 years, but even still they’re are plenty to be found around this farm. The beetles are tireless workers and assist in producing fertile soils.

It is hard to believe how much the grass has grown in only a few weeks:

63 thoughts on “I feel the need. The need for mead”