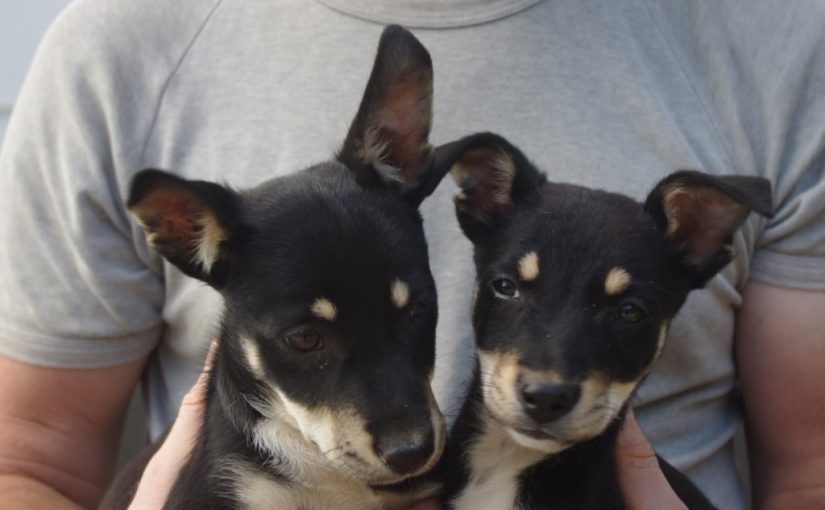 Scritchy is getting to be an old girl. Scritchy (as everyone knows) is the miniature fox terrier, who of course is the boss dog on the farm. However, it has been a long time since she has actively wielded that title. These days she commands her Fluffy canine crew from the comforts of a bean bag. Most days I unceremoniously bean-bag-tip her, and kick her outside to get some fresh air for a few hours. Everyone is happy with that, except for Scritchy.

But lately, her old mate Toothy, the long haired Dachshund, has been a bit ‘off’ his food. And there is an old rule of thumb which suggests to me that: If ya don’t eat, you’re probably going to die.

We keep good records here, and so I became curious the other day, and dived into the records so as to ascertain just how old these two dogs are. Turns out that Scritchy entered my life back in 2010 at the advanced age of 9 years. Toothy on the other hand was apparently 6 months old in 2006, but I reckon that estimate was incorrect and he was at least a year old then, possibly a bit older.

Advanced mathematics is not my forte, but a quick back of the envelope calculation suggests that Scritchy is now 19 years of age, whilst Toothy is about 15 years of age. Far out! How did they get so old, so quickly?

So, Toothy has been ‘off’ his food of late, and Scritchy is just really old. Candidly, the odds are not looking good for the two old dogs, although life (I have noted) is a trickster, and the old dogs might still have a few tricks up their sleeves (err, sorry paws) yet. But then again, they might not.

Of late I have been concerned that Ollie the two year old Australian cuddle dog (who actually is an Australian cattle dog) may end up being the only dog on the farm. Such an outcome would not be good for Ollie’s mental and/or physical health. Years ago I had a cat that had bonded closely with the boss dog (two boss dogs back). The boss dog was known as ‘The Fat’. The Fat was a Dorgi, which is a Corgi / Dachshund cross and she was a good boss dog, although prone to fits of grumpiness as she got older. But the cat had known her since his first days of life and had bonded with her. They even used to sleep together and hang out together most days. But when The Fat died due to old age, the cat died two weeks later. As a minor side story, introducing the rambunctious Toothy into the household at the time, probably did not assist the cats health.

Anyway, Ollie is probably the new boss dog on the farm – for the moment. It has been said before that nature abhors a vacuum. However it is just as likely that Ollie being a very large dog, he can do as he pleases, so he’s probably the boss dog. Fortunately Ollie has a very pleasant nature and is respectful of the two older dogs. Some dogs would do otherwise. I like Ollie, but as a frank assessment of his character, he’s probably not good boss dog material.

I’ve always favoured dogs from the pound. Such humble origins chucks in a bit of canine personality randomness, and you never really know what sort of personality you’ll end up with. To my mind, dogs are dogs, and they do dog like things and can be great companions and hard workers. These days other people have some funny ideas about dogs.

Nowadays I dread having to go to the pound so as to obtain a new dog. A few years back at about the time Sir Poopy the Swedish Lapphund died, I sought out a replacement dog. Somehow the process had turned into a complex nightmare. My suitability for this process was judged by someone else based on a whole bunch of questions to which I had no prior access too. Then I had to take Scritchy at her advanced age down to the pound to meet the new dog. As we arrived at the pound – and she knew what such a place was all about – she gave me this stink eye look which said: “I so hate you. I always knew it would come to this!” Did I mention that she does not have a warm personality?

The upshot was that Scritchy met a much smaller (younger and poorly fed) Ollie. During the meeting, Scritchy told Ollie that if he mucked around too much she’d kill him, and Ollie in his modest way agreed to her terms. And that was that. We got shaken down for some serious mad cash by the pound ($750) and then we took Scritchy home and picked up Ollie the following day. I’m still not sure why we were forced to return the following day, although there was some muttering about paperwork.

Recently I contacted an animal shelter, and apparently they are so exclusive nowadays that that particular shelter wanted to do a site visit before agreeing to handing over an abandoned dog. It is bonkers. They have unwanted dogs, what do they reckon they have – show dogs? But then it is not lost on me that long term efforts to control dog populations, and the recent shut down of the notorious ‘puppy farms’ have given breeders a monopoly. Economists would suggest that supply has been restricted, and the prices reflect that story. Breeders are asking enormous sums of mad cash for dogs – and I have heard stories of people forking over mad cash to the tune of several thousand dollars for a dog. Maybe there are just no longer enough unwanted dogs around? It is possible.

Dealing with a new dog is not hard. Obtaining a new dog is actually quite a challenge. And I’m very unfussy about dogs.

So we were in the local independent supermarket the other day and saw a ‘for sale’ note on the community notice board pinned there by a local farmer. Two hours later I had two new puppies at home. The puppies are micro chipped and vaccinated, and sometimes I don’t (as the old timers used to say) ‘look a gift horse in the mouth’. I didn’t really want two dogs, but in a moment of softness I decided not to break up the pair. A long time ago I had an incident where I did just that, and about a year later the pound sent me a happy birthday letter to my dog from its brother (whom I didn’t take home). That letter was right up there on the creepy scale. To this day I still have no idea what they were trying to tell me, but my gut feeling tells me that it is not good.

Ollie has taken the two pups (Plum and Ruby) under his wing and has been training them in the way of the Fluffy farm dog. And they are learning fast. It is early days, but I predict that Plum will be the next boss dog. The editor and I have also been training the two pups, which is not bad given they are only a bit over 10 weeks old.

We went to the Seymour Alternative Farming Expo. I love that agricultural show and it is aimed at farms our size (as well as bigger and smaller farms). Every year the local poultry group runs a poultry sale, and so we picked up four new hens. Chook-flation (the dreaded yearly increase in the prices of hens) is real!

Ollie has shown no capacity to act as a good chicken watchdog. In point of fact, I believe he’d actually love to kill and eat the chickens rather than stooping so low as to guard them. Earlier this evening we began training the new pups to be chicken guardians and watch dogs.

Another huge storm rolled over the farm this week. The clouds were hugely tall, and they brought at least an inch of rain.

The tall trees (Eucalyptus Obliqua) in the surrounding forest are enjoying the conditions and they have produced an enormous quantity of flowers. I have never seen the trees produce so many flowers before, and you can smell honey in the air.

Unfortunately the storm left the farm in thick mist for several days. Solar power does not work well in those conditions.

The recent gift of the freebie solar panels has forced me to consider how to add them to the existing solar power system without it going ‘POP’. Yes, that is a possibility when you are having to regulate several hundred amps at low voltage. I’d become very concerned that the system could handle the new solar panels, but the margin for error had become to thin for my comfort. I spent a day upgrading the solar power system so as to double the voltage from 24V to 48V. This in turn halves the current (amps), and thus increases the margin for error in the system. It’s complicated…

It was fortunate that we did the upgrade because I turned over one of the heavy duty battery interconnectors to discover considerable heat damage.

We began pickling cucumbers in white vinegar for consumption over the winter.

Most days we have been harvesting blackberries which we use for jam and wine making. Very tasty! One days harvest produced the following:

I spotted some persimmons slowly ripening on a tree today:

The volume of kiwi fruit produced by the three vines is just bonkers. I hope I don’t have to harvest them all at once:

The corn cobs are slowly filling. Can’t wait to begin harvesting and eating them. Recently a bloke I know in Melbourne gifted us some of the best looking corn that I have ever enjoyed. The standard has now been set! The challenge is on… I reckon I might lose that one.

So far this season I have harvested four ripe (tiny) tomatoes. Usually I enjoy about 100kg (220 pounds) of fruit. Things are not looking good on that front, but there are signs that there will be at least some harvest but maybe in March.

Eggplants will probably do really well this year, and the slim variety we grow here are looking good.

The return of the rains combined with the summer warmth has produced some very unusual fungi.