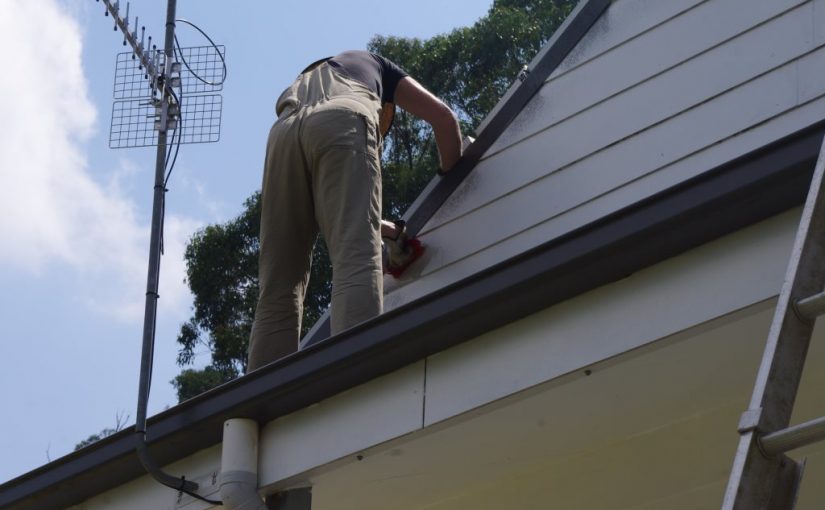 By now, long term readers will know that the editor and I work pretty hard. However, the truth of the matter is that on occasion we totally dodge work, and we’re cool with that. That was the case last Thursday.

We woke up on Thursday to a glorious summers day. The sun was shining, and the weather was sweet. Just like the Goldilocks story, it was neither too hot, nor was it too cold, the weather was just right – for dodging work that is!

With that goal in mind, we headed into the big smoke of Melbourne with the intention of enjoying viewing a daytime session at the cinema of the film: The Biggest Little Farm. It feels quite naughty to us to watch a film in the middle of the day, especially when most other folks appear to be working. However, we’re adults and we can handle those sorts of feelings! As long as lollies and choc top icecreams are involved.

The film really was beautiful, and it told the story of a couple who purchased degraded farm land in California. The couple then set about creating a 200 acre productive farm (Apricot Lane Farm), whilst restoring the natural ecosystem on their parcel of land. This noble act of theirs allowed the local wildlife to enter the farm and share some of the produce and amenities.

There were times during the film where the breath caught in my throat as my eyes took in beautiful visuals of an eagle swooping in on a starling nest. Take that, starling! There may also have been the odd tear or two, but it is possible that some tiny foreign object had irritated my eye. Maybe.

He implemented a lot of interesting systems on the farm, and I was in total awe of the enormous compost / worm farm / compost tea digester system. It was an epic installation and I can only but dream of such contraptions. However in other areas, Alan appeared in the film to be a bit hazy about the finer details. And I believe that was the correct approach.

In recognition of that, I’m guessing Alan provided the couple with a lovely Southern saying (as he claimed in the film): “There’s never enough time to do it right, but there’s always enough time to do it over.” As I heard those wise words, I was thinking to myself, mate I hear you about that!

Alan died in 2014, which was many years before the film was completed and distributed to cinemas. The turning point in the narrative of the film came about when the couple could no longer rely on Alan for advice. Instead they had the awful realisation that they just had to observe for themselves what was going on all around them on the farm. Then they had to make up their own minds about what to do.

As the couple in the film observed how the wildlife interacted with their farm, they inevitably suffered defeats and set backs. However, when the couple got knocked down, they merely got back up again and adapted, or at least they got out of the way whilst nature established its own balance. It was beautiful to see the learning and creation process unfolding in the story.

The couple in the film were originally city slickers, but by the end of the film they looked as if they’d found their place in a rural idyll. Like those two, we were also once city slickers, but no longer. We also have our share of sometimes complicated interactions with the local wildlife. The above image is of one of the many wallabies (a smaller forest dwelling kangaroo) that lives on the farm. They can be right nuisances when they’re not being vandals!

But we’re also learning and adapting, and sometimes we get things right. The climate has shifted recently, and we are now experiencing a cooler and far more humid summer, than even only a few weeks ago. The rains have returned, and the paddocks and ground cover in the orchards have turned green. We predicted the change, and stored the years firewood away just in a nick of time before the return of the summer rains caused the firewood to become too moist to store. One notable year early on when we did just that, and we grew a lot of mushrooms (none of which are edible) on the damp firewood.

Of course at other times we don’t get things right. The early part of the summer was crazy hot and dry. We made a decision not to water the raspberries so as to conserve water. As a consequence the raspberry plants have struggled and hardly produced any berries this season. The strawberries and blackberries are however making up for the lack, but raspberries are very tasty and I feel their loss keenly. The plants are also being overgrown by the blackberry plants within the same enclosure. So after cogitating upon the poor raspberry harvest, we have decided that during mid to late autumn, we intend to move all of the raspberry plants to their own dedicated enclosure (the current corn enclosure).

We don’t know how any of this stuff will work out, all we can do is make the attempt, observe what happens, and then make adjustments. The solar power system is a bit like that. Regular readers will recall that last week I scored a number of additional solar panels. It was a princely gift and gratefully received. However in order to add these new solar panels into the solar power system, I have to undertake a major upgrade of the entire system. I certainly didn’t expect that outcome this year.

I really understand and can empathise with Alan’s interactions with the couple. Back in the days when I worked for a large corporate, I had a wonderful time establishing and then running their graduate program (in addition to my normal work duties for the large corporate). I took the commitment on because frankly nobody else wanted to do the work, and I could see the assistant accountants languishing. The task itself was no hardship, because it was just so rewarding. However, sometimes the assistant accountants could be stubborn or believe that they knew best. At such times I’d point them in the right direction, and then – as happens – they sometimes failed. Yet in the failure they learned, and were then able to grow. The couple in the film went through that same process and it was beautiful to see.

The sun was obscured by thick smoke on Friday. The smoke had its origins in the epic bushfires over in the far east of the state. You could taste the acrid smoke on your tongue with every breath. I’d definitely describe these fires as an epic failure in forest management practices, although other people disagree and so I don’t believe anything will be learned from the situation. In the meantime we have to deal with the smoke.

Every year we decide to paint one side of the house. It seems to be a simpler and easier way to approach what is a large and lengthy task. During the week, I filled up all of the minor gaps in the weatherboards and also painted the roof gable ends. A gable end is a fancy description for the two flat triangular shaped roof end sections above the veranda roof.

In the above photo you can see that the bushfire shutters are still covering and protecting the windows.

Before I could paint the gable ends, I had to first scrub them with a scrubbing brush and fresh water because they were covered in mold.

Observant readers will note that I am hanging on to the house with my right hand whilst my left does the scrubbing. The water made for a slippery surface on the sloping roof.

The editor has been using the electric hedge trimmer to keep the herbs and other plants in the garden beds neat. The return of summer rains has meant that growth in the garden has been quite astounding.

Another dozen bottles of summer sun ripened fruit were preserved this week. The bottles are a mix of plums or apricots.

Corn germination rates were very low this year due to the crazy weather conditions earlier in the season. However the corn that did grow, has grown well and appears to be now filling out cobs.

The new garden terrace has finally began producing some quality plant growth. Good soil takes about three years to establish, and given the soil on those terraces is only in it’s first year, the plants are doing quite well.

We’ve begun cooking and enjoying the globe artichokes, and they really are a tasty vegetable.

Only three of the many capsicum plants have produced fruit, and those are mysteriously planted next to a weed known as ‘Fat Hen’. I’m reluctant to remove the weed and feed it to the chickens because of the marked difference in the growth of those three capsicum plants. The intention is to collect seeds from the weed and grow it next season.

Regular readers will already know that we plant a lot of lavender. We enjoy the sight and smell of the plants, and the bees regularly forage on the flowers. What has been of interest lately is that we now have enough lavender that the plants are self seeding.

70 thoughts on “The Littlest Little Farm”