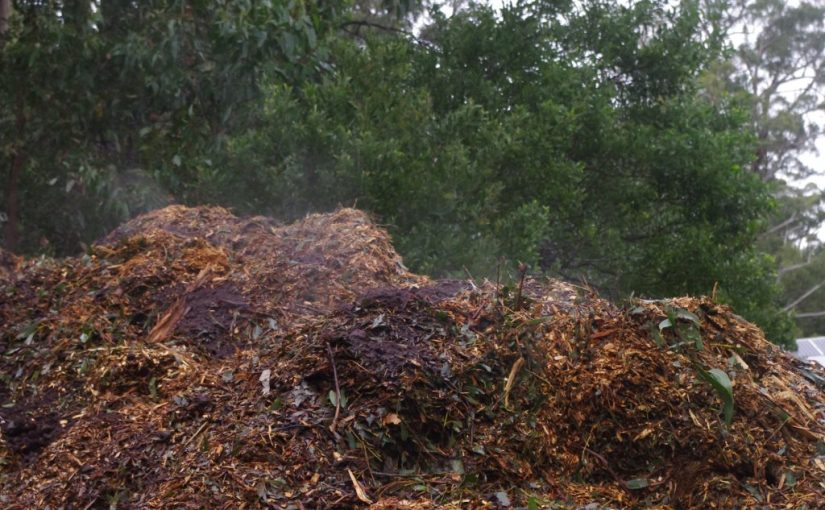 Some people are like clouds, and the world is brighter when they’re gone. In these strange days of massive re-localisation, I’m very careful about local relationships and how I’m perceived. Most of the local people I know well around this rural area help me out as much as they are able to do so. And in turn, I support them.

Mind you, I don’t always get the social things right. Long term readers will recall that a month or so back, we had to have the elderly and ailing Mr Toothy the long haired Dachshund put down. It was pretty hard to do that, as we’d known Mr Toothy for almost fifteen years. He was part of the furniture, and also the last dog here to have known the ways of the city.

But in the end, it was a quiet mercy to end Mr Toothy’s life, if only because he was no longer the dog that he once was. After that traumatic episode we had to visit the local general store. Now this was in the very early days of the looming shut down. People were stressed out and there had been runs on the supermarket shelves.

So there I was in the general store, distraught for the loss of Mr Toothy, everyone around me was a bit on edge, and I ordered a coffee to have there and also a pack of half a dozen (six) hot cross buns to take away. Except in my unthinking and distressed state, I described the half dozen (six) hot cross buns as a dozen (twelve) hot cross buns. Recall that everyone was a bit on edge at the time, and many products (hot cross buns being one of them) were in short supply. I had this moment of utter horror as I intuited that my unthinking actions came across as being a bit greedy. To make matters worse, that was fear was realised as I was accused of being a ‘prepper’.

Now for anyone who has been living in the middle of nowhere whilst taking no note of the more unusual corners of society, a prepper is defined as being: a person who believes a catastrophic disaster or emergency is likely to occur in the future and makes active preparations for it, typically by stockpiling food, ammunition, and other supplies.

Can’t really say that I relate to the concept of prepping, if only because it is not lost on me that eventually the ammunition and stock piles of food run out. What next, is a question that never seems to enter those peoples minds. Anyway, I’ve watched enough zombie films to know that more often than not, the zombies win that particular endurance test. And so there I was in the local general store on the awful day after having just put Mr Toothy down and I was being accused of being a prepper.

My mood was bleak that day, and I knew that an explanation was warranted, but the timing was not right. So I returned to the general store the next morning, and apologised for my gaffe and explained that it was not my intention to say what I had said, and at the time I was distraught after having just had my dog put down. Clearly, at the time, the people at the store were having a tough time, I was having a tough time, but memories of peoples behaviour are very long in rural areas – and a person is judged accordingly by their actions, if only because they are known. It is only in the city that a person can remain unknown.

Years ago I was told a remarkable story by a local, about another local who we both knew. The story had occurred three decades before hand, and yet there I was being told the remarkable story. And the story did not reflect well upon the person who was not present during the conversation, which I guess was the purpose of recounting the story in the first place. I did not need to be told a second time, and I have always tread warily in these rural social matters.

However, sometimes trouble comes knocking at your door unbidden. Regular readers will recall that last week the lovely power company forestry folks dumped a few truck loads of chipped up organic matter on my property.

Wrath and envy are just two of the seven deadly sins, and I observed those a few days ago. Some other neighbours received piles of the chipped up organic matter, but one neighbour in particular missed out. The neighbour was in a high state of emotion when I encountered him, and apparently he had given explicit instructions to the forestry crews as to where the piles of chipped up organic matter should be placed. Hmm.

As a comparison, I had a nice chat with the forestry crews – who worked amazingly hard – and asked them if they needed anything, and also left them with a thank you note. A world of difference.

However, accusations were thrown around about me that morning. I guess that is what you do when you are in a high state of emotion. Unfortunately I had to travel into the big smoke to meet up with two separate clients who were having difficulties of their own. Those client difficulties did not involve chipped up organic matter, they were far more serious.

After returning from the big smoke I was better able to deal with the chipped up organic matter situation. Not being the shy and retiring sort, I gave the neighbour a brutal and frank appraisal of the situation. Rather than apologising for the accusation which were thrown in my direction – always a sensible path in my book – he cut ties with me. It is an option, I guess. However I believe an apology is the better path, but people will do what they will do.

There is an anonymous quote which seems somewhat relevant here: “The only bad thing about burning your bridges behind you is that the world is round!”

The weather this week has been mostly quite pleasant and sunny, except for Saturday when it was very unpleasant. The wind howled and the rain was coming in waves. A nice day for doing inside chores.

Earlier in the week the blackberry canes in their enclosure were all trimmed. The canes had grown so much that I was unable to walk through the path running down the middle of their enclosure.

Chipped up organic matter (yes that stuff) was used to line the path in the blackberry enclosure, and compost was added to the rows.

Years ago, the editor and I used to follow a planting arrangement which is popular in some gardening circles. The arrangement involves mixing different types of plants together and is known as a: ‘food forest’. And so in the blackberry enclosure there were also hundreds of raspberry canes in among the blackberry canes. The arrangement of mixing up plants sounds like a good idea in theory, but in practice at this cool temperate locale, it has been a right royal pain. I can’t be certain, but my gut feeling tells me that such a planting strategy would work better in a sub tropical environment. So all of the raspberry canes were laboriously removed from the blackberry enclosure and planted out in the old corn enclosure – which is now solely dedicated to raspberries (and dogs). Note the good stuff on the path again!

In other work, the middle garden terrace which contains all of the roses was finished abruptly at one end because a large rock was sitting in the middle of the terrace. It was a big rock, and weighed more than I. Vague plans were formed to move the large rock and finish the garden terrace (and fencing)

We had no idea whether the large rock could be moved, but we thought that we’d give it a go and see what happened. The plan was to site the large rock next to the other large rock in the foreground of the above photo. That would form a nice solid edge for the garden terrace.

Moving the rock required a lot of digging. Once the rock was mostly free of soil, we could use a long steel house wrecking bar to lever the rock and move it into position. With a lot of hard work, the large rock was moved into position. The surface of the garden terrace was then back filled with soil and the terrace has now been extended by over a metre (3 foot, 3 inches).

The messy area in the foreground of the above photo is part of a new shed and water tank project. The soil excavated in that project is being used to complete the path that runs up above the house. Plus the excavated rocks will be used to fill steel rock gabions.

The new path up above the house is in the process of getting widened by about a foot. Also the end closest to the driveway has been extended, but it is not yet complete. The next photo shows many of the stages of construction.

Some mid sized rocks excavated this week were used to continue the terraced succulent garden project.

The weather swings from warm to cool, and that means fungi time! There are fungi everywhere. This one was quite large:

Fungi also grow in clusters, like this next photo:

Leaf change is here, except without the tourists this year. On Saturday morning I spotted the police sending some tourists home again – and they may well have been fined $1,600 for the benefits of that particular conversation.

Some of the fruit trees are beginning to lose their leaves.

82 thoughts on “Courtesy and Clouds”