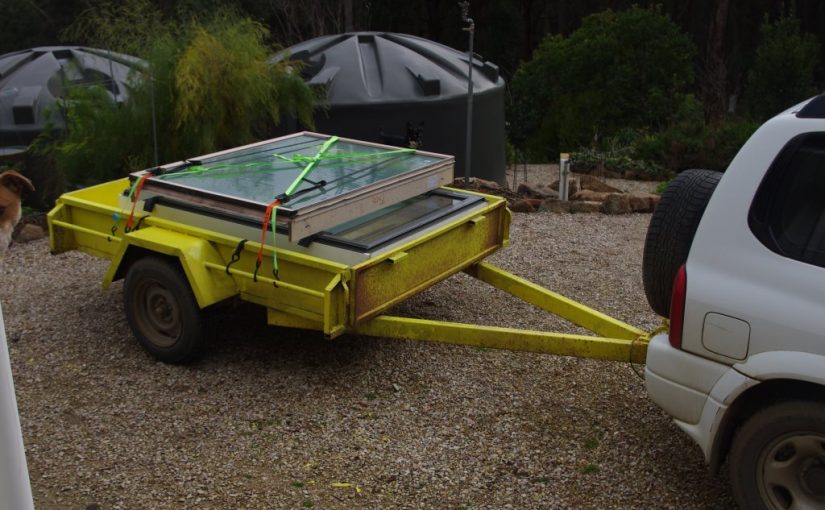 Today marks the winter solstice in my corner of the planet. The sun shines upon the land with feeble rays at this dark time of the year, and perhaps using less romantic descriptive words, it is basically just cold. Although at 37.5 degrees latitude south of the equator, it really isn’t all that cold comparatively speaking. The wood heater for example was only kicked off at about 4pm today, so it is not lost on me that in other parts of the globe which are even further from the equator, well let’s just say that it gets heaps colder there.

Possibly due to the virus subject that dare-not-be-named, there are a whole bunch of people sitting in their houses wondering what to do with their free time. Some of those folks may even be enjoying nice summer climes where the sun is warm and the weather is sweet. Others in the Southern Hemisphere are probably feeling the cold, like it is here. But whatever the case, some folks in either situation must have been enjoying the blog, because the readership has recently increased.

With the increased readership in mind, I might borrow a leaf out of the recent Michael Moore / Jeff Gibbs documentary: Planet of the Humans, and set about annoying everybody all at once. It is admittedly an impressive achievement. The two blokes have certainly stirred the environmentalist pot with the documentary, that’s for sure. If outcomes were any guide, they could probably use the stirring.

The latter half of the documentary lost me a bit as the film maker painted renewable energy systems as some sort of instrument of massive big business and then ended the film with suggestions of apocalypse. I’m not so easily convinced about apocalyptic stories. I lived through one massive apocalyptic story almost two decades ago. It was the now largely forgotten Y2K bug at the turn of the century, and who could forget the earlier furor linked to that story? But then when the day came and we all found ourselves in a new century, not much really happened and it seemed to me to be much like the day before and people just got on with their lives.

As to the claim that renewable energy systems are some sort of instrument of massive big business, well let’s just say that I managed to purchase 16 solar panels earlier in the year for $400. That hardly sounds like big business to me, and if I can access such technologies for very little coin, why aren’t other people doing so?

I’d describe the tall claim regarding a future based on 100% renewable energy technology as a lie by omission. And I can’t really know or speculate upon the motivations behind the people making such claims, but all the same the claims are out there.

Seriously though, renewable energy technology is good, it just isn’t good enough to run industrial civilisation as we know it today. Over a decade ago I used to believe the hype, and I was really excited about the technology. But then after over a decade of experience with the renewable energy technology I’ve been granted an intimate insight into the sheer malarkey that are such claims. I don’t believe that the claim is likely to eventuate into reality, but I guess the folks talking large at least deserve some points for sheer vision.

How are you meant to generate much solar electricity when the winter skies around the solstice look like this:

When I was a kid I wasn’t trained to perceive lies of omission, probably because people used to lie to me all of the time and think nothing of it. I’m sure you’ve all heard the claim that: “You can do anything!” A patently false claim, and yet adults banged on about it all of the time. It doesn’t even take much poking to prove false. Can I be an astronaut? I doubt it, so the claim is false and the implication was not lost on me that adults regularly lied.

At an early adult age I moved into a share house with four friends. I have a bit of an independent streak and couldn’t wait to get out of my mothers house and strike out into the world. The experiences from the share house could have filled sections of the amusing novel: He died with a falafel in his hand, written by the Australian author: John Birmingham. I can clearly recall meeting the owners of the house and stating for the record that the ‘party days were behind us all’. Yeah, we sure lied, and the rental bond eventually disappeared in its entirety as a consequence.

One good turn deserves another, and at one stage, two of the house mates suggested to me that we head off to Adelaide (the capital city of the state of South Australia) on a bus road trip. A road trip to the next state over to the west sounded like fun to me. They had it all planned, and being naive I didn’t think to ask too many questions as to the details of the trip. Mad cash was handed over.

The bus trip was an overnight bus trip, and turns out I don’t really sleep very well on buses. The bloke sitting next to me on the bus had been on bender earlier in the evening and he seemed to sleep pretty well and lolled around and snored deeply and in time to the rocking motion of the bus.

Upon arrival in Adelaide, the accommodation was thoughtfully pre-booked and also twin share. Turns out that in order to save money the house mates had booked me in to twin share, so I got to share the room with a total stranger, which was something they had elected not to do.

The lack of sleep was slowly turning me mildly psychotic, or at best, really grumpy.

Entertainment for the evening was organised, and despite my misgivings they’d chosen to venture into the cities casino. It was one of the few such venues on the continent at the time and was something of a novelty. As a poor student of math, but with an excellent grasp of statistics (it’s a confusing situation for me too, most likely arising from a prolonged encounter with the school bully in math classes in year 9), I realise that in order for their to be a ‘house’ a lot of people have to lose big time in order to pay for the edifice. And as such I don’t gamble.

Turns out my worries were for naught. If I’d known of the finer details of the adventure in the first place, I probably wouldn’t have gone. In the unlikely circumstances that I’d chosen to go knowing what was involved, I would have worn a shirt with a collar and gotten into the casino like my house mates did. I was barred from entering the establishment due to ‘strict dress rules’.

Ditched in a strange capital city, not knowing anyone or anything, I grabbed some food to eat and went back to the accommodation to get some sleep before the stranger turned up and possibly began snoring at volume.

Upon returning home to the share house, and in a somewhat disheveled and distressed state, the other two house mates who had chosen not to embark upon the interstate adventure may have remarked that: “It serves your dumb a#$ right”, or words to that effect. I ended up being good friends with those two clealry more alert house mates, even with all of the other dramas that ensued.

So yeah, if people are talking up big about things like mysterious interstate adventures, or a 100% renewable energy future, take it from me and learn to ask some hard questions. Turns out the reality might not be so pleasant.

We’ve decided to construct a greenhouse in order to raise seedlings. Over the past six months I’ve been reading about the topic of seed raising. The previous very cold spring provided the motivation to consider this aspect of seed raising. It is worth noting that many of the summer crops grown here can be raised from seed directly sown into the ground. Others, like chili’s and eggplant, have zero chance of ever growing from directly sown seed as the soil isn’t nearly warm enough. Raising those seeds in a greenhouse may give us an advantage with those hot climate plants.

A greenhouse need not be a prefabricated construction, and there is no reason why second hand and seconds materials cannot be incorporated into the structure. The most important materials for the greenhouse are the windows and earlier this week I scored three such windows on the cheap.

To provide a sense of scale, the bright yellow trailer is a five foot by seven foot trailer. The windows are quite large and from seconds and second hand stock. And they are totally good enough for a greenhouse. They were hauled back to the farm from the polar opposite end of the city.

Cleaning up the strawberry enclosure took an entire days work. Strawberry plants have to be removed after about their third year of growth. The plants do succumb to disease at that age, but I don’t see that and what I do see is that the plants stop producing berries and instead produce vast numbers of runners. Runners is the technical name for new strawberry plants attached to the older strawberry plant by a feeder root.

This is what the enclosure looked like before hand:

This year I chose to clear half of the very oldest strawberry plants. The beds were then fertilised with huge quantities of chipped up organic matter supplied by the nice electricity company. Just to ensure that the chipped up organic matter didn’t strip too much nitrogen from the surrounding soil and plants, I added about a third of a wheelbarrow of pelletised chicken manure onto the growing beds. Into the two growing beds on either side of the enclosure were planted all of the newer runner strawberry plants. A massive job.

The strawberry enclosure clean up job used at least 20 wheelbarrow loads of organic matter, and possibly more. The folks who are possibly concerned that the mountain of chipped up organic matter supplied by the nice electricity company is rapidly depleting, need not so concern themselves as there is heaps of the stuff left.

A close up of the replanted runners follows:

Ruby the Kelpie (Australian sheep dog / puppy) was very helpful during the day. Whilst she was assisting me, she became momentarily bored and decided to chew one of the grape vines.

All up there are ten grape vines growing in the strawberry enclosure and in two years one of them has reached the ceiling of the enclosure. The grapes are different varieties but all are suitable for either table grapes or wine making.

Onto the not quite flowers, but very pretty all the same:

Onto the proper flowers:

73 thoughts on “Lying by omission”