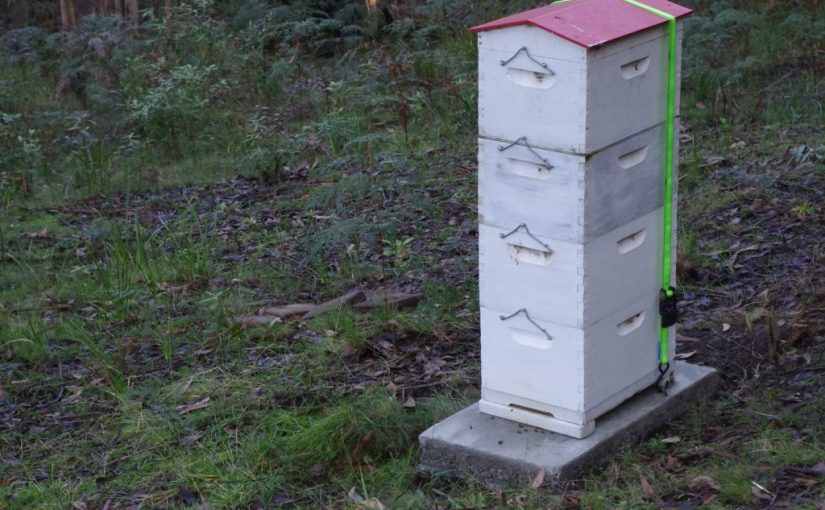 On Friday the winter sun weakly shone with what felt almost like warmth. The weather was indeed sweet, so the editor and I took ourselves off on an adventure. The adventure ended up at one of the most picturesque lakes in the country, and fortunately for us the lake is under an hours drive away from here. A massive tourist trap for sure, and just the place to visit especially now that some of the restrictions have been lifted from the dreaded dark days of the subject-that-dare-not-be named.

The picturesque lake is adorned with a lovely old Victorian era boathouse which sits upon the edge of the dark deep water of the lake and offers food to customers. Customers enjoying the winter sun are conveniently seated on a pier which sits over the water. Observant folks would note that the customers of the boathouse are afforded a view which is both sweeping and commanding. The mullock heap from the Cornish Hill mine would surely be in full view, if not for the rampant vegetation which has long since clothed the gold miners efforts at landscaping.

The editor is fond of recalling that in her youth the track around the lake was in parts something of a goats track. Near to the unseen mullock heap, the editor, as a child, saw a snake slithering through the vegetation whilst going about its reptilian business. With all of the tourists these days, the snakes would be most afraid and likely wouldn’t dare venture from their lairs in the first place.

As young adults the editor and I used to swim in the deep lake on hot summers days. It was both a pleasurable and refreshing activity. Other people also enjoyed swimming in the lake during those quieter days. The water in the lake is cold regardless of the weather, and after a bracing swim, a brief sojourn in the sun would warm the bones. The editors mother was once rather surprised to see a gentleman sunning himself just so, and wearing rather unusually skin toned coloured bathers. I guess there were less tourists about in those days.

It is nice to be able to get out and about now without all of the furtive sneaking around and plausible stories required by the subject that-dare-not-be-named. On that subject, serious people are so informing me that we are soon to be subjected to a second wave, and as to that I admit that I am no expert and can proffer no opinion. However, one second wave I know of has actually arrived, and it has brought bored folks out of the city and into the regional areas. It’s feral out there.

I’ve heard of people who are apparently bored whilst working from home on government benefits. Such stories sound like urban myths to me, but all the same there sure were a lot of people out and about enjoying themselves on Friday.

We haven’t had a week off work all year as there has been so much going on, but all the same we were very pleasant to the nice people who stopped in front of us to take selfies of themselves and their friends whilst also walking around the lake. The vistas are superb so I can well understand their desire for taking the best photo possible. However, whilst patiently waiting for the fourth selfie to be completed, and without a word or the merest of indications, the editor and I decided to photobomb the nice folks. It seemed like a spontaneous act of good fun. However, just to prove that no good deed goes unpunished, Plum the young sheep dog pup did just that act a few days later.

Despite the few minor inconveniences, we had a lovely tourist adventure in what has been a long known haunt for us. Even the selfish selfie folks weren’t upset by our photobombing efforts either, although this may have had something to do with the editors cheery bright yellow denim jacket. Everyone has a secret clothing weapon, and that is hers. As we promendaded around the lake, we were greeted by many other happy (or possibly otherwise) people who felt the need to say hello to us. The jacket clearly has mojo.

All up it was a pleasant excursion accompanied by a fine lunch. My mates of the Big Shed fame introduced us to the place where the locals grab fine and affordable lunches. Even under the threat of pain of death I would not divulge the secret that was so nicely bestowed upon us.

Speaking of food, now that the restrictions are being slowly eased from the subject that dare-not-be-named, the local General Store over in this mountain range now has some days where it is possible to enjoy a coffee and fruit toast served on porcelain. A very civilised experience to be sure, and much more pleasant than consuming such produce served in take away containers whilst enjoyed standing out in the frosty winter morning air.

Even the local pub has now opened for bookings for specific seating times. And in a fit of excitement at our new found freedom, we availed ourselves of the facilities. Social distancing was maintained via the careful placement of tables, and I had to provide identification. It has been a long while since I’ve been asked to provide identification at a pub, and it takes me back to my picaqresque attempts at obtaining alcohol whilst under aged during my misbegotten youth. If I were smarter, I would have just made the stuff.

It is considered poor form to begin a concluding paragraph with the words: ‘In conclusion…” Therefore, I shall add in the word ‘so’ beforehand with a flourish and largely ignore this annoying grammatical rule of thumb.

So, in conclusion, we are very pleased that the restrictions have been somewhat eased.

The winter weather this week was glorious. Sunny blue skies. Frosty mornings. Still days. And the occasional chunk of rain. One morning was particularly frosty.

Frost even settled on the Suzuki Dirt Mouse.

It sure was a cold morning. Even the Fluffy canine collective did it tough.

Ollie the Australian cuddle dog (err, sorry I meant to type Australian cattle dog) was doing it especially tough as the two younger sheep dog pups (Plum and Ruby) have kicked him off his green couch. He now sleeps on a dog mattress which has a sheep skin covering it. Spare a thought for Ollie’s now acknowledged lower status in the Fluffy canine collective. At least he is comfortable and warm, and that is something to be grateful for.

The garden terrace where the tomatoes and eggplants grew last year, was heavily fertilised with organic matter this week. Over the access path and also in between the garden rows was placed a thick layer of the chipped up woody mulch which was supplied by the nice electricity company. The garden rows had compost, coffee grounds and dynamic lifter (pelletised chicken manure) added. The terrace is looking set for next summer.

The fencing on and around this garden terrace was also completed. A steel rail was added to the down hill side of the terrace, and all of the treated pine posts were cut down to a similar height.

The steel rail attached to the timber posts is almost dead level with the roof of the strawberry / grapevine enclosure on the next garden terrace down the hill. I’d like to suggest that this effect was so planned, but it was actually a happy circumstance.

The outside and downhill side of the garden terrace was also fertilised with a huge quantity of chipped up organic matter.

The intention is to plant this outside edge of the terrace with lavender. The plants smell nice and are useful bee attractants. The downhill edge of the strawberry / grapevine enclosure is now thickly covered with lavender plants and it works.

Over the past year, we’ve grown so many lavender plants here that they now self seed and there are little lavender seedling plants popping up all over the terraces. With so many plants available, we can begin planting lavender plants in other places such as next to the gates for the various garden terraces.

Speaking of bees, the bee hive was moved off its rotting timber pallet and onto the recently constructed concrete slab. During the process of moving the hive, I stuck a sock into the mouth of the hive opening. Of course, the sock fell out during the brief move and despite it being dark and not far from the winter solstice, the angry bees swarmed out to discover what was happening to their hive. We were dressed in bee suits and so could blithely ignore the angry bees. I’m sure that the bees have forgotten the act of outrage committed against them, maybe…

Observant readers will note in the photo above that a few bees gave their lives for the good cause of trying to sting the editor and I. The dead bees would have kept watch in the cold winter weather for further mischief, and so died.

The farm is full of interesting life forms and the other day I spotted a Pobblebonk frog. The frog is so named because that is the sound that it makes.

Some very early blue bell bulbs appear to be producing leaves under a large and old olive tree.

The alternating hot and cold damp weather is producing a fascinating variety of fungi. The next image of fungi shows the fungus consuming some firewood.

Winter is the time for mosses, and the paddock is full of those plants.

56 thoughts on “The Editor’s and Chris’s Excellent Adventure”