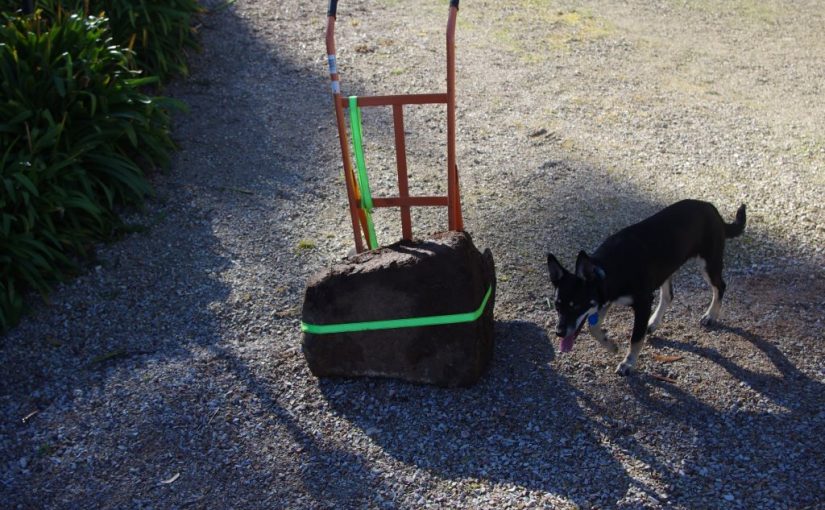 We’ve all had a few of those times known as defining moments. You know when the world seems somehow different after you’ve been through the moment. And you never really know when they’re going to hit you hard in the guts, leaving you forever changed. And it can be the most innocuous of circumstances.

People who know me well, probably have long realised that I’m a chatty person. A good chat is right up there on my personal list of enjoyments, and it is no hardship to entertain folks for hours at a time. However, the flip side of being chatty is that there is a need for quiet time with which to recover.

Back in the mid 2000’s my large group of mates all collectively decided to begin playing the online computer game: World of Warcraft. It must have been a fun game because three years later they were still playing the game. Leery would be a word that might accurately define my relationship to computer games. As a mercenary kid working jobs before and/or after school, computer games ate more than their fair share of the mad cash earnings, and so once bitten, twice shy is a hard lesson to ignore.

So yeah, all that time my mates spent playing World of Warcraft was very sociable for them, but not so much for me. It is also proved the point that too much quiet time is just as bad as too much chatty time. So yeah, obtaining new friends became a personal goal and priority. Turns out that this is not as easy a task for a person in their early 30’s as you’d imagine.

Such difficulties are part of life though and you just have to stoically face them. Lot’s of ideas were chucked around and eventually new friends were found and the chat-fest could continue. One such idea was contacting a former boss. He was a good bloke and we’d gotten along together well, and neither of us worked in the same business anymore so there would be no fear of long and overly detailed blow-by-blow descriptions of work. Haven’t we all been subjected to one of those conversations?

The former boss acted as a referee for me and so he was easy to contact. We’d arranged to catch up for drink and dinner at a pub near to his house. It is a proper blokey thing to enjoy a pub feed and big beer whilst talking rubbish. All the while the effects of the beer slowly infiltrate the senses and improve the skills of even the most average chat-fest. It is after all a truth universally acknowledged, that even the biggest dullard in midst of conversation, must improve conversational skills by way of beer.

Living in the inner city, meant that my car usage was minimal. With amenities right at the door step, and with trains, trams and buses to take you all over the place, why would anyone need a car? You could walk to the local supermarket. There were at least a dozen cafes within walking distance, some of whom even thoughtfully used to open on Christmas day when good coffee was particularly necessary. The city was about 4km / 2.5 miles away, and it was no hardship to walk to and from there each day to work.

Whilst walking to work, it was a pleasure giving the proverbial finger to all the folks stuck in traffic. During cold wet winters a long woollen black coat and hat used to ward off the worst of the cold weather. That coat was fun to wear, and it used to swish backwards and forwards in time to the footfalls. Darth Vader himself could not have asked for a more swishy black woollen toasty warm long coat.

The upside of the hour long walk into and out of town was the endorphin hit. Endorphins! Yeah. The downside of the endorphin hit was that you’d say stupid things to subordinates such as: Hope the train wasn’t too packed? or Couldn’t you get a seat? Oh, that’s too bad. And the responses to such stupid observations is where conversational skills get to improve. It is hard after all to ignore withering looks that ask the hard questions such as: Do you have to be such an a#$%hole?

Getting back to the pub feed with the former boss. The pub was located not too far from where my game playing mates resided, so the area was familiar. Here is the thing though. Melbourne had been adding something approximating a 100,000 extra people per year. The road from the nice amenity riddled inner urban house to the pub where the dinner and beer was to take place, was a freaking nightmare of horizon to horizon traffic congestion. Who knew that was even possible, and yet there it was.

The congestion was abysmal, and it was hard not to imagine that pedestrians walking along the footpaths were giving the proverbial finger to all the folks stuck in traffic. And who could blame them? The drive was maybe a bit more than 10km / 6.2 miles away and it took well over an hour and half. That time was surprisingly long and entirely unexpected.

Mobile phones were not as common then as they are now, and um, yeah, the former boss was waiting at the pub by himself for over an hour. There was no chance to call ahead and make other arrangements. Nope. And the former boss was not happy at all that he’d ended up waiting all that time by himself in the public bar. Words were spoken, and the relationship was trashed. Note to self: Plan better in future and don’t upset job referees.

In a bizarre turn of events, not that long afterwards, the editor likewise had a similar traffic experience driving in that same direction. Except that her experience was during the day, involved woollen coats, but notably did not involve pub feeds and beer – although a beer and pub feed might soothe the shattered nerves from such a traffic congestion nightmare.

The thing was though, we owned two cars despite hardly using either of them. We had no idea how this had come to be, it was just a thing, and was never questioned. However, following those two innocuous yet defining moments of true traffic horror, we decided to sell of one of the cars. And then did just that. It was no hardship and what had previously been an unthinkable and unmentionable possibility, was swiftly acted upon.

The weather has flip-flopped from sunny to really cloudy and cold this week. The thick clouds in the above photo shows the sort of winter conditions that produce only half an hour of peak sunlight in an entire day. And there have been a few of those days in a row. Solar power is good, but it is nowhere near as good as what proponents will tell you. Don’t believe the hype.

You know it is cold when the two new sheep pups seek warmth from Scritchy the 19 year old bad-grandma miniature fox terrier. That dog is one bad egg.

Earlier in the week it was sunny and also the perfect time to move a massive rock which I’d had my eye on for a while. The rock was one of the larger and heavier rocks that we have moved using hand tools. And to add to the difficulty, the rock was located in a very difficult distant location. It took about two hours of slow work to move and place the rock.

The very large rock was one of the final rocks used in the now completed terraced succulent garden.

About three bright yellow trailer loads of the locally quarried crushed rock with lime were placed onto the driveway next to the terraced succulent garden. The angle of the driveway was not quite right and there was a large drain running next to the garden which needed to be filled over.

Observant readers will note that just behind Ollie and I in the above photo, there are large clumps of agapanthus. These are great plants, however having such plants on either side of the driveway has meant that the gap has narrowed greatly. And the agapanthus plants will be removed from there (behind me in the above photo) and relocated elsewhere on the property.

The fencing surrounding the terrace which is used to grow tomatoes, eggplants and artichokes, was improved. Originally a basic fencing arrangement was put in place to stop the dogs and wallabies (a slightly smaller forest kangaroo see photo below) from getting into the garden beds. The original fencing worked, it was just not a long term arrangement. And so this week we added several new treated pine fence posts and made the gate opening wider at one end of the terrace.

The gate opening was made wider by installing new treated pine timber posts so that the gate now sits at 90 degrees to the path. The original angle of the gate can be seen in the angle of the wire mesh to the very right hand side of the above photo.

Treated pine posts were also cemented in on the downhill side of the terrace, and the chicken wire was affixed to the posts.

Many unripe tomatoes fell to the ground after the dying tomato plants were removed from the garden beds (done a week or two back). Those tomatoes will be left on the terrace and next week compost will be placed over the top of them. A lot of tomato seedlings are expected to germinate next spring from all of the fallen fruit.

For those new readers who may not have seen a wallaby before, this fine looking specimen was in the orchard this morning.

A friend recently donated a home brew kit to us, and the kit contained the ingredients for dark ale. Fermentation has begun! Winter is a good time for beer brewing due to the cooler temperatures.

Winter is a good time for fermenting lower alcohol drinks such as beer and sake (Asian rice wine). In warmer months due to the higher ambient temperatures, the lower alcohol content of beer and sake when compared to that of wines means that Acetobacter can potentially take over a batch and produce a very nasty tasting acid. The bacteria has a very distinctive smell similar to nail polish remover.

A month and a half ago I planted out a section of the garden to bread wheat. The experiment was not a total disaster, but it is close to it. The birds have been unrelenting because when they are not consuming the wheat seeds, they are ripping the plants out of the ground looking for the seeds.

There are heaps of different citrus varieties growing on the trees, and the Meyer Lemon has even produced some flowers:

The flip-flop between sunny weather and very cold and rainy weather has produced a lot of fungi.