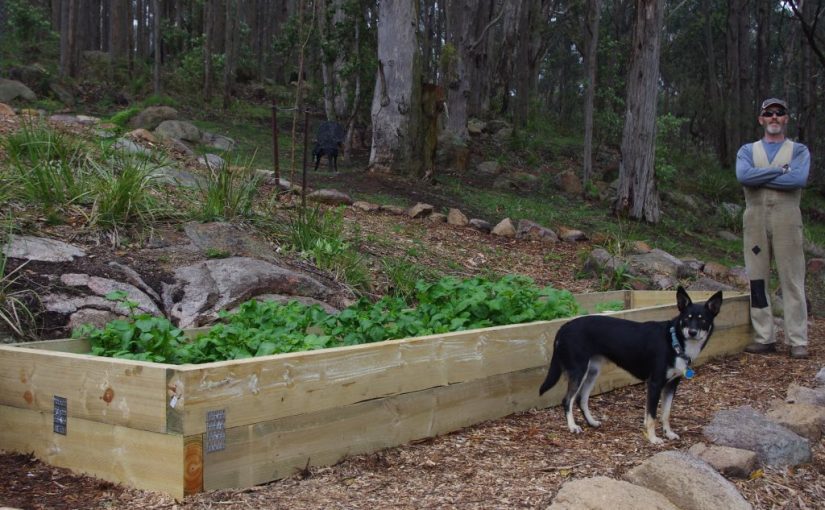 This was such a waste of time. Why was I even there? The advertisement had asked for a dynamic candidate. Maybe they didn’t really want that, but only thought that was a desired trait because it seemed like a good idea at the time? After a long conversation, the people conducting the interview just looked shell shocked to me, as if they’d somehow managed to survive ten rounds, and then all they could do was lean up against the ropes and take the punishment I dished up to them. And secretly I imagined they’d hope the nightmare interview would soon be over, if only because I could then get out of there.

There are times in your life when you’re having a tough time of it. That happens to everyone, and there is no way out of that story. But far out, I now see that each time I head into Melbourne these days. People are seriously stressed out due to the extraordinary and heavy handed restrictions arising from the health subject which dare not be named. A lot of people there are seriously having a tough time of it. All I can do is lend a sympathetic ear, crack a few jokes and bring some joy, and all the while I quietly worry about their mental health.

The other week there was a serious edict issued where apparently Victorian primary school students could no longer sing due to the health subject which dares not be named. As if the kids weren’t having enough fun with all of the current craziness, isolation and other goings on. I heard it from a few reliable sources – and this is a consistent theme – that the kids have now done so much home schooling this year that they are busting to get back to school. Most of them (but not all) can get to school now, they just can’t sing. It is almost as if we’d been teleported back in time and into the 1984 film Footloose, where a small town council banned dancing and rock music within the town boundary. Has the film now be taken by the authorities as a ‘how-to’ manual? The people in authority would be old enough now to have seen the film way back in the day.

Never saw the film myself, because I was too young, but mostly it was because I don’t really enjoy musicals. However, the editor assures me that way back in the day the film was fun, and I’ll just have to leave it at that. The antagonist in the film was the local Reverend who also possibly didn’t enjoy musicals, because it was he who was behind the dancing ban. The actor who played the role was the most excellent actor John Lithgow, who much later played the character: ‘Arthur the Serial Killer’, in the seriously excellent Dexter series. That was a truly spooky portrayal of a nefarious and very warped character by the actor, and possibly mixing the two fictional characters (No dance here Reverend and Arthur, serial killer) would have lent a certain seriousness to bans on dancing. Yes, dance and you may have an unfortunate demise.

So, no singing seems to be a serious ban these days. And mental health issues in Melbourne are prevalent due to ongoing social and physical isolation. It is after all not lost on me that it is a form of punishment to lock obstreperous prisoners into isolation, so it hardly surprises me that people are suffering. We are social creatures after all.

I’ve had my hard times too. Once long ago I was not enjoying my career path in the world of business, and so I made the decision to get back to my roots and seek out a job in the public service. After all, I’d begun my working days in the public service. It was a lovely environment in which to work. That career path finished abruptly due to me being unfortunately made redundant in the recession in the 90’s, which we apparently ‘had to have’. Then my more commercial career took off, with a long stint in corporate debt collection if only because no other job was available.

Getting back to my roots though was when I found myself caught up in the uncomfortable public service interview mentioned in the first paragraph. The organisation was prestigious and initially I had high hopes. However, it was during the awkward interview, where I realised that I had become too dynamic, and they were far too sluggish. Management consultants would suggest that we were perhaps ‘not a good fit’. I’m sure there was some middle ground to be found, but could I lie enough to myself and also to them to get to that point? The answer was and still is an emphatic: No. I’d moved past them, and so it was back into the corporate world for me, and my concerns would just have to take a back seat.

The heavy handed restrictions down here have now gone on for about eight months. The subject rarely rates a mention in the news media, but I do seriously worry about peoples livelihoods and their abilities to bounce back should the restrictions be lifted.

It is after all the politicians and the public servants who have decided to implement and manage all of these restrictions, perhaps they may be the same ones who interviewed me all of those years ago. I am sure that there are plenty of hard working and effective politicians and public servants, however I worked in the public service and met plenty of people who, to be candid, don’t fit that particular description. I have grave concerns about these peoples ability to manage the restrictions they’ve condoned and put in place. I mean, just for one example, people living in the metropolitan area are not meant to leave that area and venture up here into rural areas. So there is a checkpoint on the freeway which is manned by the police and the military, and those personnel check the permits and identification papers of people exiting the metropolitan area. Yet on the back road running parallel to the freeway, there was no checking at all, and people merrily came and went. Surely this is a fine joke? But at the same time it is a level of ineptitude which I find to be personally disconcerting.

I’ve been a long time rusted on supporter of the left leaning Labour Party, and have consistently voted for them in elections. But if there was an election tomorrow, they would most certainly not have my support. I read polls in the news informing me that the current restrictions are enormously popular and apparently only a minor inconvenience (a small impost as has been described), but I’m not hearing that opinion from most of the people I speak with. Some people do support things as they are, but I’ve noted that most of those people are comfortably secure in their large corporate or government jobs and livelihoods. What the future holds? I’m not really sure.

The above image is pretty typical of the weather of the past few days. Heavy cloud originating in the now warm Indian Ocean to the north west of the continent has brought rain and all sorts of warm and unpleasantly humid weather. At least I haven’t had to water the vegetables!

The locally prolific and beautiful mother shield ferns which I so named the farm after, have been loving the weather this year:

The plentiful water has meant that the diverse fruit trees in the orchard are positively reaching into the sky:

It isn’t only the orchards which are enjoying the plentiful water, but also the diverse garden beds. They’re growing so fast this year that I suspect there may a Triffid or three hidden in there somewhere…

Ordinarily the forest is too dry to conduct a burn off at this time of year. This year has been an exception however, and we’ve continued to burn off the huge tree stump which the loggers left many decades ago. The tree stump ‘The Meg’ is now down to about a quarter of its original size. Perhaps ‘The Meglette’ would now be a more appropriate description?

And the greenhouse has ensured germination of most seedlings, excluding the chilli’s. The building has worked far better than my expectations and maybe in early November we can begin planting out all of the various plants.

And just because Ollie the Australian Cuddle Dog has not been in any other images this week:

Approximately 50 bread wheat plants survived the attentions of the local birds, and the organic winter wheat is now beginning to bear some grains. Perhaps enough for a small scone.