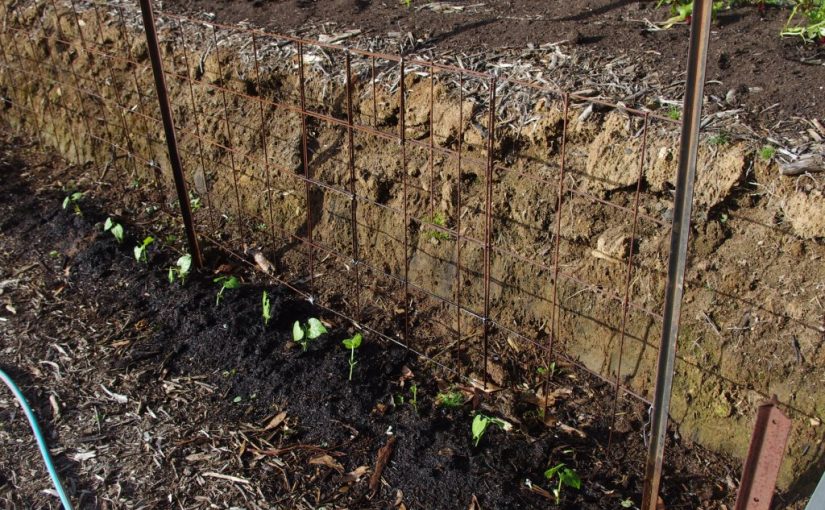 There have been times of late where I’d enjoy going back to the future. Due to the health subject which dares not be named, the future is clearly now not what it used to be. Actually, this year has been a good year for my business because I seem to be working harder than ever, but for less mad cash than in previous years. For those who don’t know, both the editor and I are accountants who work with small business. Yes, as accountants, the editor and I can have some seriously interesting conversations, most of which don’t involve accounting.

The other evening I was frantically working late, and I’d been sailing the wide accountant-seas since the early hours of the day. The clock on the computer was suggesting that the time was now 8pm. My brain was alternatively suggesting that there was an urgent need to stop doing accounting work, but hey, there was a huge amount of work yet to be done.

Ah, of course there had been a public holiday earlier in the week and I’d decided to take a day off, and instead worked on the farm. The growing season of summer is fast approaching and all of the vegetable beds needed attending too. The grass in the paddocks also needed to be mowed. It would take an army of wombats, wallabies and kangaroos to keep up with the plant growth in the paddocks at this time of the year. And the marsupials are less of an army, and more like a marauding band of outlaw motorcycle riders. So yeah, there’s a lot of work to be done on both fronts.

However the public holiday meant that I was a day behind in my accounting work, and the work unfortunately still needed doing. So there I was at 8pm sitting at my desk in my office at home, wondering why the software was doing what it was doing. And there was no clear answer to be found.

My office is quite a nice place to spend time. The desk is a beautiful desk which we purchased secondhand many years ago for $40. The timber of the desk is of the species Rubberwood, and it is a hardwood timber species sourced from harvested rubber trees which have completed their latex producing cycle. Upon purchasing the desk many years ago, we repaired and resealed the timber surfaces. The desk is now better than new. On either side of the desk are matching solid oak sideboard cabinets, and I feel that the symmetry achieved in the arrangement lends a certain gravitas to my work. To ensure that I don’t become too serious, the dogs sleep behind me on a green couch which is their private domain. The dogs often fart and snore.

The software dramas at the late of the hour day however, were most distressing. After some time passed, the software spat out an error code. Turns out that I’d made a simple mistake which the system originally accepted, yet the same system then bizarrely rejected the correction despite using the exact same data in reverse. Then I was stuck in an absurd loop where I had to make further correcting changes and wait the five to ten minutes for the software at the other end to let me know whether the corrections were acceptable.

Ordinarily minor errors are very easy to correct – except I was dealing with a government department whose tentacles and maw, greedily demand the feeding of more and more data. And the tentacles have reached into every single business on the continent. Candidly, there is a lot of red tape and administrative hoops to jump through. Don’t believe the hype that things are easier for small businesses these days, because it isn’t true.

I recall the days when a business of 100 employees over several locations could prepare their accounts using paper based systems, if only because I’d worked at such a business. Although there is no legal requirement to prepare a businesses accounts using electronic software, I can’t see how a business nowadays could not use such software.

And so there I was that evening at 8pm, mucking around with software just trying to get it to work properly. The accounting side of the story was fine, the software, well that’s another dimension to my work. ‘So, this is what my life has come to’, was the actual thought going through my head that evening. There are times I so hate the added complexity and requirements thrown at the accounting profession, who are just expected to shut up and deal with it.

Wrestling with software seems to be a constant drama nowadays. Without going into details, I had a notable example of this paper-sport in action earlier in the year. A novel robot checking system was installed by a government department. I must say that it is a real pleasure having a robot check my work, especially when the robot changed my work and was wrong to do so. That mess took about two months to correct, and the eight hours I spent speaking with humans (possibly longer) at the government department only proved to me that they were as much at a loss as I was. When the error was eventually corrected there was no apology – and I couldn’t charge anyone for my time spent. I’m not a fan of robots, if only because I grew up watching robots behaving badly in films such as The Terminator and Robocop, just for two examples. Robots are meant to be our friends, but take it from me, they aren’t.

And with the health subject which dare not be named, a whole bunch of government support has been linked to these systems over the past months. Businesses and employees have to be caught up in these electronic systems in order gain access to financial support, otherwise the businesses get to enjoy the unsettling feeling of not being able to trade and also getting no support. A heady mix, that’s for sure. The cynic in me has left me wondering which came first: The government response to the health crisis; or the government systems to enact such a response. And I really just don’t know.

Feral herds of deer have long been established in the forest surrounding the farm. In the last couple of years, the deer have begun venturing onto the farm. Ollie the Bull Arab wonder dog has his job cut out for him as he chases the deer off and away from the farm. He does his job well, and he is fortunately a very large and scary looking dog, although at the same time he’s a real gentleman. The deer may believe things to be otherwise.

The much smaller two sheep dogs: Plum and Ruby, spend most of their days hunting rabbits. The two dogs have been very effective at their jobs, but now the rabbits are just like the deer and they arrive at the farm via neighbouring properties.

We’re getting all of the vegetable beds ready for the summer growing season. The old tomato enclosure is now used to grow pumpkins, squash and melons and the enclosure was completely weeded. The paths were covered with woody mulch supplied by the nice electricity company, and the two rows were fed with rich compost.

In the garden terraces, peas and bean seedlings from the greenhouse were planted out. Steel climbing supports were made from scrap metal we had stored for such a purpose (actually they were stored for any suitable purpose that we could think of).

A close up of the beans shows the steel reinforcing mesh which the vines can climb up.

Several hours of rock collecting almost filled the steel rock gabion cage at the end of the terrace behind the new greenhouse.