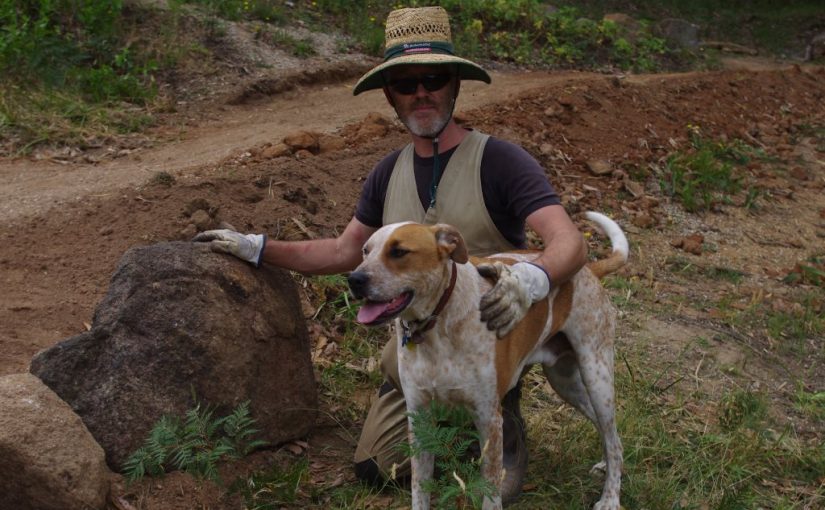 Maybe it is just the odd corners of the Interweb which I read, but predictions for the coming year seem to have become part of the traditional landscape. I’m all for tradition, if only because the recent past seems so much like the future, except that it can be different.

Anyway, you heard it here first. My prediction for 2021 is this: Zombies. If you think about it for just a little while, zombies makes absolutely perfect sense. Like, at this time last year who could have predicted the craziness that has gripped us all over the past dozen months? I wouldn’t have, that’s why my money is on zombies for this coming year. Yes, things could always get stranger than they currently are. And the beautiful thing about the prediction is that if zombies don’t actually take over the streets of your town, next year in all innocence I can claim that I was referring to the release of a zombie film. I can’t go wrong with this prediction, but hopefully during the next year a zombie film does actually get released. Shouldn’t be too hard… Maybe?

Traditional zombie lore states that clamouring for brains seems to be what motivates the average zombie. And only removing the head from the body seems to be able to stop the pesky monsters in their tracks. I’m adding that last bit of useful zombie lore in to the text, just in case it wasn’t known and a reader encounters a zombie. But anyone who is anyone knows this to be true – so the less well read are perhaps zombie fodder giving the rest of us here a strategic advantage!

But last year, you have to admit, was actually super-weird. Personally I’d always believed that the decline of western civilisation was going to be strange, but I thought that meant decaying infrastructure, unabated corruption, heavy metal music, and unhappy teenagers. What actually has happened wasn’t even in my darkest dreams where zombies, and bizarrely enough also robots (think Terminator), occasionally lurk. Zombies are at least honest, as a person knows where they stand with a zombie’s motivations and unholy desires. Robots are more deceptive in that they can pretend for a while that they are your mates, just before decisively proving the truth of the matter.

A couple of days ago I had a minor accident on the farm (more on this later). Later that night I awoke not from a nightmare of zombies or robots behaving badly, but from a bit of shock at having not smashed my face against the side of a very large rock that I’d been moving. My face would have lost that battle. The time spent in a mild state of shock was put to good use cogitating over what had almost happened.

It’s all good though, and I’ve learned my lesson and will be careful not to repeat it. Unfortunately like the decline of western civilisation, I’ll be sure to make new and more interesting errors in the future! But one idea popped up out of the murky swamp that was my thoughts on that dark night. The idea was that I’m very grateful for the time and experiences that I have had. It is true that things could always be worse.

At the start of last year, things actually were far worse for many people down under. Drought had gripped the land the previous two years. By early New Year’s 2020, epicly scaled bushfires tore through the far eastern part of this continent. The scale truly was epic and approximately 46 million acres of land burned. Not good. The forest surrounding the farm was unscathed, and it was hard to ignore the thick smoke in the air which persisted day after day.

Into that smoky world of a bit over a year ago, a litter of Kelpie pups were born on a farm in the drought ravaged north. Two of the pups were candidly not good working dog material, and those two puppies fortunately found their way onto this farm.

In January by sheer chance I had a conversation at a pub with a bloke who is a long term acquaintance. He wanted to offload eight used solar panels, but for free as they had no resale value. Maybe the pint of beer caused me to mishear that offer, but no. Turns out our society is crazy enough to place no value on perfectly good working solar panels. What else could I do? A further eight solar panels were tracked down for very little mad cash. By March I was constructing a huge solar panel array in the paddock down below the house.

It surprises me sometimes how little value our society places on second hand items. In the previous November of 2019, we purchased a second hand low centre of gravity mower which had barely been used. The lady who was selling the machine was happy to be rid of it, and we were happy with the reasonable price. The machine was made for use on 17 degree slopes, and whilst it is steep here, it isn’t that steep. The machine is not without its faults, but for the price it is amazing. However, we’ve had to modify many of the access paths in order to accommodate the machine. With this in mind, in April we widened and completed the path up above the house which leads from the driveway to the garden terraces.

And in May a lower gradient path leading from the house and down into the two orchards below the house was commenced.

By July, the health subject which dares not be named caused some serious craziness down here. It became a regular feature of my life to have to show my identification and also papers at checkpoints manned by the military personnel and the police. Can’t say that I was a fan of such measures, and they went on for months. Fortunately, no zombies were harmed in the process.

A few zombies however can’t stop the juggernaut that is Fernglade Farm, and in the same month (July) we constructed a massive soil bridge and ramp at the end of the widened path which was mentioned above.

In August it snowed. Makes you wonder how zombies would handle the cold? Would fast zombies still be fast zombies in the cold winter months? The laws of thermodynamics might just have something to say about that.

When snow is on the ground here, spring is never far around the corner. With warmer weather approaching, the editor and I constructed a new greenhouse. From hindsight, that greenhouse has been a lifesaver this summer. The vast majority of our annual crops were raised from seed in that small building.

It is a truth universally acknowledged that on a farm, a person can never have enough sheds. In December we began excavating soil along the path up above the house so as to be able to construct a new shed.

We may also have done some other stuff during the year, but I can assure concerned readers that no zombies were harmed.

This week the weather has been sometimes warm, and sometimes downright tropical. Such a massive difference from last summer. This morning an inch of rain fell in only a few minutes.

More large rocks were placed upon the side of the newly constructed low gradient path leading from the house to the two orchards.

One of the rocks was huge and weighed far more than I do. The editor (edit – against my better judgement and after considerable whinging from the author!!!!) and I were slowly rolling the huge rock up hill when I accidentally slipped and almost landed face first on the huge rock. Despite a few deep scratches up the length of my right arm I was rattled but unscathed. After the blood stopped flowing we got the huge rock into position.

That is the last really massive rock I’ll try and move. The projects still require huge rocks, but an idea occurred to me to split larger rocks into smaller and more manageable rocks. The idea was put into action and I split three larger rocks into six smaller rocks. Given the number of larger rocks we have access to, we may have postponed Peak Rocks by using a super nifty fracking technique. Splitting larger rocks is not easy, but it is possible.

The old sapling fenced tomato enclosure is being used to grow a combination of tomatoes, chili’s, eggplants, zucchini’s, squashes and pumpkins. There may even be a water melon growing in there, but with this colder summer I don’t hold out much hope for the fruit.

It interests me that the corn grown from seed saved last season is now almost double the size of the open pollinated heritage variety of corn we’re trialling alongside it.

The production of strawberries and raspberries appears to have slowed. However, now blackberries are becoming ripe. I have not watered the blackberries this season, and you wouldn’t know it by the way they are growing.

Pears and apples seem to be having a good season too. Hopefully the parrots living on the farm leave some to become ripe.

We’ve picked a few Apricots in order to test whether they have ripened.

A very reliable producing tree is the Anzac Peach, so named after Australian and New Zealand soldiers in WWI and WWII.