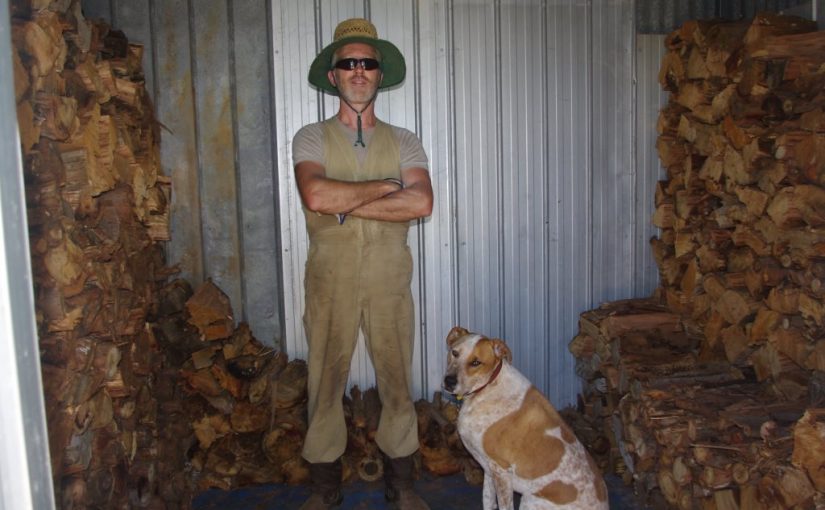 Executive Summary: In preparation for the coming winter, firewood stocks are currently being replenished. Investors will of course, enjoy the continued dividends now and into the future. Over the past twelve months of operations, the directors of the Cherokee Bank of Firewood (CBF) have taken further and serious steps towards sustainability. Best practices are being employed, and new and innovative methods of resource recovery are being employed. Demand from investors and deposit holders has continued to remain strong, and the business looks forward to a good future in 2021.

Details: The demand for firewood remains strong in 2021, despite recent geopolitical setbacks and turmoil in other markets. Recent focus group surveys have been utilised to provide excellent feedback as to the state of the business. The Cherokee Bank of Firewood (hereto known as the CBF) has been rated 8.3 out of 10 for customer satisfaction when compared to competitors. The directors of the CBF believe this to be an outstanding result.

The predominate basis for the most excellent focus group result was that the CBF branches were stacked with resources sourced from the local area. Resources were also ready to hand for deposit holders when conditions required. It was of note that one naysayer/non-stakeholder during the focus group sessions suggested that if local resources were used then eventually there would be no local resources. The directors of the CBF noted that this naysayer/non-stakeholder appears to be enjoying resources from the land of ‘elsewhere’ and had not taken note of the many detailed sustainability policies of the business. The CBF has no license in which to operate in the area of elsewhere, where rumour has it that unicorns roam. The directors have casually dismissed the opinion out of hand.

An official perspective was also aired at an earlier time, which suggested that CBF branches should be stacked with resources sourced from the land of elsewhere. It is apparently a common misconception in the populace. The directors of the CBF noted that the official perspective was merely an opinion and carried no legal weight. Fortunately the operations of the business could continue unabated and the contingent liabilities for future legal challenges has been diminished as a result.

Throughout the long and established history of the business, CBF has sought to recover resources so as to benefit all stakeholders. Innovation has been at the very heart of this policy. The CBF is willing to employ new technologies and leading edge techniques in order to recover the maximum possible resources. This driving force has and will continue to benefit both investors and deposit holders, both now and in the years to come.

Of major note, in the past years operations, the CBF business has employed the ‘Tree Dudes’ contractors to good effect. Firewood resources which have stood undisturbed for a dozen years or more have now been able to be recovered. And newer technology has been used to good effect to replace the older technologies comprising the Dirt Rat Suzuki and bright yellow trailer.

Recovery of the undisturbed resources it should be noted has not been without its challenges. This is despite the use of new technologies and increased efficiencies which are only guaranteed to deliver stronger returns to shareholders and deposit holders in the future.

It has been noted elsewhere in the media that an employee of the CBF, Plum the sheep dog, suggested that this view was not true. Plum’s imprecations to management and her preliminary investigations (refer to the above photo), suggested that this was actually not the case. Of course the matter was handled according to Human Resources best practice guidelines, and was referred to the most senior employee: Ollie, the Bull Arab.

Upon investigating the matter, Ollie discovered that an Eastern Brown snake (only the second deadliest in the world), was trying to extort resources from the CBF. Ollie wisely referred the matter to the authorities, who dealt with the matter firmly and immediately. Rest assured that the directors of the CBF take their duties seriously, and they will not be extorted of the businesses resources.

The annual report would not be complete without further mentioning that there were also other unconfirmed media reports that the local union of bull ants, chapter 438,637 have lodged a complaint with the courts due to potential planning matters. The directors of the CBF have sought legal advice in relation to this matter and now believe the outcome to be of little to no consequence. No provision in the financial accounts has been made for any potential settlement in relation to this matter.

The directors and employees at the CBF are committed to continuing operations during 2021 for the benefit of investors, deposit holders and also other stakeholders. We thank you for your support to date and look forward to your continued support during this coming year. And we the directors believe that 2021 will produce an even better result than the year just passed.

The weather this week has swung between winter like conditions where the rain has fallen continually for more than a 24 hours period, to true summer like heat. At least the sun sets have been spectacular (when there are no thick clouds hanging over the farm).

The farm is full of wildlife. At nights wallabies (a smaller forest kangaroo) enjoy the orchards. Sometimes having wallabies in an orchard is hard on the fruit trees, because they can pull a weak tree over. Doing such a dastardly act on a fruit tree allows a wallaby to munch upon the juicy leaves of the tree. And one apple tree in particular had been worked upon by the wallabies for a few years.

We spent an hour or so pulling the tree upright and pruning it so that it is weighted correctly. The branches pruned were chipped up and added back to the soil around the tree as they’d be almost perfect feed. The tree was then staked and tied up, but it did stay vertically of its own accord.

The storm earlier in the week, which produced the rain and wind, managed to be the final straw for a Black Locust tree near to the strawberry enclosure. This was the third time that the tree had been weakened, and so I cut the tree out. Black Locust trees and branches have to be handled very carefully due to the huge and wickedly sharp thorns.

Before Christmas we obtained a couple of second hand timber cabinets. The units were made in 2003 and they are hardwood and are notable in that any of the four draws can be placed in any order because they are exactly the same dimensions. These sturdily and locally made units have now been stripped back to raw timber – which bizarrely is the same timber species that dominates the forests here. Over the next week or so they will be coated with semi-gloss Tung Oil finish.

In the early part of last year, the nice electricity company supplied us with 15 cubic metres (19.5 cubic yards) of chipped up organic matter. That organic matter has mostly been utilised around the property. However, it was so handy having a huge supply of the stuff ready to hand, that we organised a delivery from the nearby garden supply business. The organic matter delivered was a 9:1 ratio of composted woody mulch and compost.

There is a huge amount of wildlife living on the farm. Regular readers will note that whilst I have a free and generous hand with the various critters, I have some limits. A pesky rabbit has somehow managed to tunnel into the vegetable garden terraces. Yes, that is definitely a career limiting move for the rabbit, and in the past week I set out a snare in the hope that I capture the rabbit before it invites (or more likely creates) more of its mates. I’ve never constructed a snare before and so far it doesn’t seem to be working.

The summer so far has been cold and damp, and these are candidly not good growing conditions. However, there is plenty of water in the soil and the water tanks are full. Both are things to be grateful for.

The earliest and fastest growing zucchini (courgette) looks as though it may bear some fruit soon.

When conditions are good and there are plenty of flowers, we stuff those flowers and then roast them. They are very tasty, but with this sort of year we have to leave the plants alone to produce fruit and seeds for next season.

Thanks to the recently completed greenhouse, we have a good supply of tomato plants in the ground and growing. Next year we may attempt to raise all seedlings in the greenhouse. This week, the tomato plants have begun to produce flowers.

There are heaps of insects on the farm. The European honey bees do very well here, but there are also plenty of varieties of native wasps and bees which perform pollination functions.

The flowers also attract the many butterflies which flutter around the garden and vegetable beds.