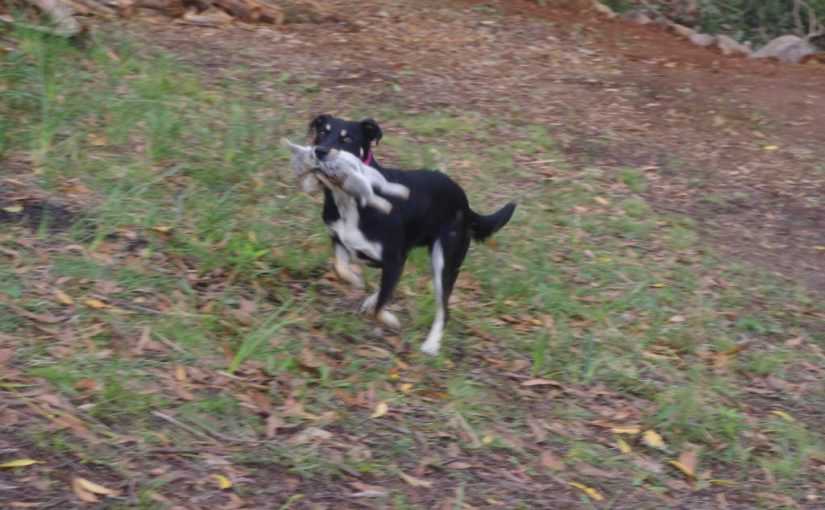 Besides teaching me something about human nature, my professional work has taught me to rapidly take stock of the economic health of a business. There are times when exercising my professional skills where comforting, soothing and reassuring words must be dismissed entirely from consciousness. Those words are then replaced by other less flattering words which pierce through the murk and clarify the underlying reality.

The professional always aims to observe dispassionately, and then report upon the findings objectively. An old cartoon, which I have no idea as to its origins, perfectly sums up the ideal situation:

Unfortunately for us mere mortals, the world is rarely perfect, and whilst the underlying reality can be clear, it is difficult to look upon such a thing with the required level of dispassion.

Saturday morning found me on the Swan Hill country train, which was heading into the big smoke of Melbourne. Swan Hill is such a lovely name for a town, and I often imagine a hill on the side of the great and winding Murray River far to the north of here. The river drains one seventh of the continent and begins in the alpine country before eventually reaching the ocean. The hill in my imagination is not a large hill, and during the summer months it is covered with long and dry native grasses. The dusty smell of summer dry vegetation pervades the air. A few short but girthy Eucalyptus trees, perhaps hundreds of years old, provide inadequate shade to the grasses on the hill, and so the inland sun bakes them all. And next to the hill of my imagination, black swans perform their stately dance in the wide old river which occasionally runs dry. Of course never having visited Swan Hill, the reality might be very different.

The usual train on this train line departs from the much closer inland town of Bendigo, and as the trains don’t have to travel as far, they’re much newer and flashier machines. The Swan Hill train is unfortunately a much older vehicle. Despite being an older vehicle, the train does have a snack bar, and there is always the allure of the First Class carriage. It is not easy for me to obtain tickets to this exclusive carriage, especially when on two separate occasions this week, the local train station appeared unattended. As such, a seat on this most exclusive carriage becomes out of reach.

The train station used to be manned. A year can bring many changes. Perhaps the station master is now working from home? Twelve months ago on my previous journey into the big smoke, the Swan Hill train required me to stand for an hour long journey, looking longingly into the fully booked first class carriage. At that time there were no seats to be had for neither love nor money in any of the six carriages, even in the coveted First Class carriage where the occupants eyed newcomers with suspicion. This time around there were available seats everywhere. Masks were required to be worn once inside the carriage.

Not everyone wore masks. Once inside the carriage and settled, three seats faced another three seats, and the bloke diagonally opposite looked as though he’d been cavorting as wildly as a drunken swan last evening. No mask was in evidence. Nobody remonstrated with him. In point of fact, remonstrating would have been difficult as his head was curled downwards almost as if he was ready to pitch forward should the train make an untoward halt. In his hands he clutched a mostly empty plastic bottle, of which the remaining contents were an unnatural blue colour. At a stop closer to the big smoke, a rather prim looking middle aged lady sat down opposite to me, but with only one seat between her and the mask-less swan. It is difficult to know anothers mind, but it is possible that we both fervently hoped that he retained the contents of his stomach.

Fortunately luck was on our side that day, and the train rolled into Southern Cross station in the big smoke without incident.

Some stuff can happen in the space of a year. Walking through the streets of Melbourne it was difficult to ignore the cool summer. And what a difference it was to the extraordinary heat of last summer. Some youthful hardy souls dressed as if it were indeed still in the hot days of last summer, and much flesh was in evidence. Most people dressed more practically for what was a cold summers day. Where were all the people of last summer though? The throngs and crowds were nowhere to be seen. This year was a much quieter affair. There was nary even a homeless person in sight.

However, during the walk, a single homeless person was observed, although to be candid the bloke looked as though he was packing up and moving on. Standing outside a closed convenience store, his respectable attire at first confused me, if only because it was hard to discern whether he was homeless or was closing the convenience store business for the day.

Brightly coloured ‘For lease’ signs were much in evidence. The advertising boards hinted at plentiful available space and possibly generous terms. On past those boards, the walk continued. Lunch was the destination.

Lunch was a convivial event, and we lingered long over food and coffee and chatted even longer, and of note there was but the single tiramisu dessert on offer. Proving that snoozers are losers, my lunch order, which incidentally had to made and paid for over the internet using my phone, included that very tasty dessert. It was of note to me that the manager, whom I’d recognised from the previous year beforehand, cleared away the plates. The food was excellent, as befitted a quiet kitchen.

Back out into the world again. The summer day was no warmer, and the many ‘for lease’ boards had not had a ‘leased’ sticker slapped over them. And on the slow walk back to the train station, a cool wind blew and no homeless folks were in evidence.

Once again aboard the country train for the return journey, a person was spoilt for choice as to their choice of seat. The train carriage was less than half full. Window seats are apparently coveted, so the journey back out of the big smoke began in one of those seats. Industrial landscapes gave way to tree lined streets filled with the tiny workers cottages of yore. Post war housing, often owner built, soon dominated the view. The journey was like an architectural time warp where at the outer edge of the city, neat suburban tracts of housing soon gave way to paddocks and fields. The damp summer sure has left many of the farm dams full to the brim, but the grasses are still summer dry and a predominantly yellow colour.

After about forty five minutes of travel, the mountain range begins to loom off in the distance. Closer and closer the train gets to the mountain range before the train has to skirt around the southern and western edges. The view is spectacular. Once long ago a train line veered off to the east of the mountain range. That eastern line was removed long ago well before my existence, all due to faith in the motor vehicle. An observant person could note where the line once deviated.

The small mountain peaks flash by to the right hand side of the train. The hills are full of green vegetation and the mystery of the unknown. Soon the train stops at the station and it is not long before I am home again.

A day was spent excavating the site for a new shed up above the house. Being on the side of a mountain, flat land is non existent and unfortunately has to be excavated.

Observant readers will note that the steel rock gabion cage which is used to retain the soil at the end of one of the garden terraces is rapidly filling up. And the soil from the excavations was removed and transported to the new low gradient path project which leads into the orchards.

During the excavations and the process of transporting the soil I discovered that the trailer which can be attached to the mower is extraordinarily difficult to repair. The trailer had a flat tyre (tire in US parlance) and I damaged the steel wheel rim when attempting to replace the tube. As a local bloke once amusingly observed, it will make a good first trailer.

During the excavations we unearthed a very large rock. It would of course not be Fernrock Farm if large rocks were not involved somewhere in the week’s activities!

Not being the sort of person to shy away from a large rock challenge, I set about breaking the rock into two smaller pieces which could be more easily relocated. The first step involved drilling many small holes into the large rock.

An electric jackhammer was then used to split the rock along the drill holes and then into two pieces.

Eventually the rock fissured and split into two pieces.

We spent a day on the chain gang breaking larger rocks into smaller rocks. The low gradient path project requires a substantial quantity of rocks. Peak rocks is real. Some very large rocks which could be rolled into place were also added as second layer of soil support.

The steel rock gabion cage which retains the soil near to the greenhouse is now full to the brim with rocks. Next week we plan to sew the cage shut, and then that entire project will be complete.

A mysterious feral feline visitor has heard the recent call to arms, and has been busy decimating the feral rabbit and rat population. I’m impressed and don’t even need to feed the cat. But does the cat really need to bang on the front door to let me know that it has made a kill?

On Friday, a huge rain storm dropped at least two inches of rain over the farm. The rain is a lovely summer gift, and not just for us, but also for the wildlife. That night the tree frogs were singing up a notable chorus.

The rain followed two hot summer days and it was a relief to see the vegetables finally growing in the brief heat.

Beans and peas have grown really well this year, and they are included in our food on most days.

The real surprise crop this year has been blackberries. I have never before seen the canes produce so well. The harvest is being added to breakfast, but most of the berries have gone to producing blackberry jam and blackberry wine.