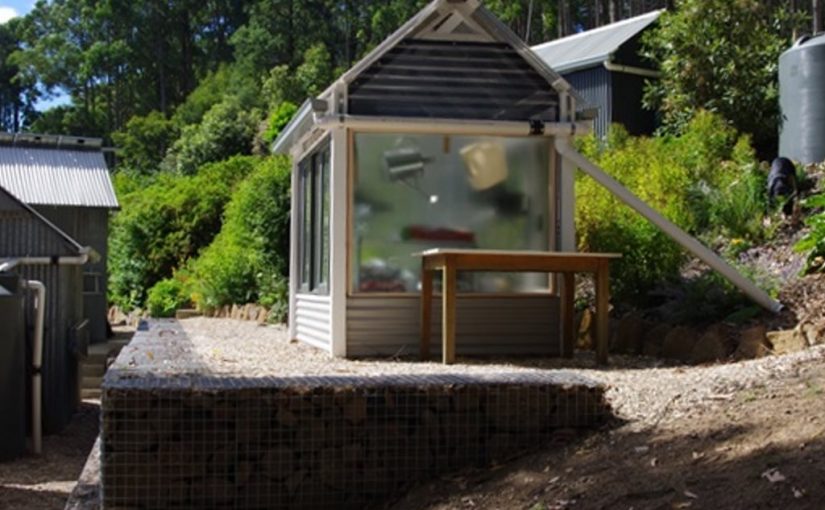 Another week, and we’re in yet another lock down due to the health subject which dares not be named. For the next few days across the entire state, there are only a few reasons to be caught more than 5km (3.1 miles) away home. To be caught further away from home than that usually incurs an epic fine. In a rural area this presents something of a dilemma, if only because the local general store is 11km (6.8 miles) away from the farm by road. Fortunately there are allowances for folks living in rural areas, but does anyone really want to argue with the local constabulary? But officer, the extra distance by road is due to the quirks of geology within the mountain range, and the actual distance should be measured as the crow flies! Such arguments rarely hold water, and who knows, the constabulary might have quotas to meet?

You treat such times like an exam. There is first the preparation time for the exam: Are the cupboards full? Do we have enough milk for 5 days of coffee?? Then there is the exam time: when you eat your way through the garden and stores in the cupboard. We’re much better prepared than at this same time last year, and that’s despite having less than a dozen rolls of toilet paper on hand. The toilet paper madness last year would make a fine thesis topic for a psychology student. Never made any sense to me.

Despite the lock down, world events continue along apace. Coffee which was served in washable porcelain last week, is I’m guessing this week served in take away containers. Civilisation, is sadly now not what it once was, and true connoisseurs of the beverage will immediately discern the difference. And the waste that is use-once coffee cups will only grow. Oh, and yeah, last week it was also announced that one of the three remaining oil refineries on this continent is to be converted to an import terminal. The reason given was that apparently the refinery business is no longer economically viable. A bit of a shame that, if only because we sure do use a lot of oil and its various refined products, and there are some rough waters between this continent and the next nearest refinery.

We use a lot of fossil fuels on the farm. At least a litre (a quarter gallon) of fuel was used over the past few days at the farm. The power wheelbarrow is an amazing machine and it can be used to bring heavy rocks back up the hill. We also use it to move soil from the new shed excavation site down the hill to the low gradient ramp project.

It’s a handy bit of kit that yellow machine. Observant readers will also note that in the above photo, the sunny orchard can be seen, as well as a frolicking Kelpie sheepdog. There are three distinct and separate orchards on the farm (sunny, shady and new), and in the past couple of years the shady orchard has grown much faster than the sunny orchard. The difference in growth rates has been something of a mystery, until recently.

In the above photo a Kelpie sheepdog can be seen standing upon a path leading from the house to the chicken enclosure. The path runs through the shady orchard. The rock lined paths sure make for pleasant walking conditions during the depths of winter. Those paths in particular are lined with the locally quarried crushed rock with lime. Turns out that using fossil fuels to bring the locally quarried material back to the farm was a good investment. The lime from the paths has clearly leached into the soil, and the fruit trees have grown that much faster than the fruit trees have in the sunny orchard (where there is no limed path).

Lime as everyone knows is a calcium-containing inorganic mineral. And calcium is used in plants for cell division (i.e. growing) as well as ensuring high seed production (i.e. fruiting). Talk about a D’Oh! moment, and the difference between the two orchards is becoming harder to ignore. Turns out that areas with high rainfall (defined as about 800mm or 31.4 inches per annum) like here, are generally deficient in calcium. Yeah, tell me about it.

And just to make sure that the lesson was not lost on me, the two olive trees in the courtyard behind the house are surrounded by a sea of crushed rock with lime, and they are the fastest growing fruit trees on the property.

To look at the olive trees now, you wouldn’t know that only a few months ago they were pruned back to bare branches.

Whenever I head into the big smoke of Melbourne I visit a favourite cafe / coffee roaster. Whilst there enjoying a coffee, I relieve them of their used coffee grounds – for free. Fossil fuels are of course used to bring the coffee grounds back to the farm, but it really is no hardship to enjoy a coffee (and muffin) and score some minerals for the orchard. And I’m in the big smoke anyway, so why not? Coffee grounds are generally considered to be a waste product for the coffee industry, but they contain an awful lot of minerals which plants need to grow.

As an experiment, over the past year the ‘new’ orchard has had several thousand kilograms (1 kilogram = 2.2 pounds) of coffee grounds applied to the soil surface. In addition to the coffee grounds, most of our wood ash was also applied, and all that was topped off with a years worth of the chickens soiled bedding straw (sugar cane mulch). After only a year of such activities, the results have been impressive.

Over the past decade, we’ve probably brought in over 600 cubic metres (780 cubic yards) of composts and mulches. Looking around the farm, you’d be hard pressed to know where that small mountain of organic matter now was. Turns out that the soils were way poorer than we may have originally understood them to be, and mulch and compost may not be supplying everything the fruit trees need.

Bringing back soil minerals to the farm is not as easy to do when you are in the midst of a lock down due to the health subject which dare not be named. You’re unable to travel far without the very real risk of being treated like a walking ATM by the authorities, so for now extra soil minerals may have to wait.

The first lock down last year went for four months. It’s kind of hard to explain what that lock down felt like, but here we go again leaves a sinking feeling in the pit of your gut. During that first lock down, a little voice at the back of mind suggested that this shock to everyday life, was a time to get your house in order, for a change is coming. Not sure what the change may be, and for all I know I’m wrong. But the feeling remains.

Moping during this lock down may be an option, however it isn’t the option that we have chosen! Despite setbacks, the juggernaut lurches ahead. A couple of days were spent bringing large and heavy rocks both up and down the hill. The large and heavy rocks are being used to construct a terrace near to the head of the low gradient path which leads down into the orchards. The next photo will put the new terrace into some context. The house and sheds can almost be seen in the top right hand corner of the photo.

The new terrace now has two layers of very large rocks retaining soil. The terrace will be used to store firewood which is even now seasoning out in the weather. Firewood has to be seasoned because the process removes the sugars and other chemicals which prevent the timber from burning well. And the process of seasoning can take upwards of two years.

Observant readers will note that in the very top of the above photo is a jumble of materials which are used in various projects around the farm. Due to maintaining perceptions of extreme neatness at the farm, closer photos of this total mess will not be shown! However the editor came up with the bright idea of continuing the new terrace so that we can neaten up this total mess. With that new idea in mind, more large rocks were recovered. Soil was then dumped into the site, and the terrace has now been extended. At this stage, it is possible the new terrace may eventually be extended by another 10 metres (30+ feet).

The final steel rock gabion cage retaining the soil where the greenhouse now sits, was sewn up. That project has gone on for years. Woe is me though, for peak rocks is very real, and I forgot to mention above, that the very large rocks recovered were often broken off even larger rocks, using the drill and jackhammer.

Over the past week or so there has been the occasional day that was sort of hot, but then it rained again. A 20kg (44 pound) of blood and bone was added to the vegetable garden terraces. The tomatoes have responded by growing.

The feeding plus some sun and rain have also caused the chili’s to produce some flowers. Realistically there are only about six weeks of the growing season left, and after that another four weeks of much slower growth, but who knows whether the plants will produce ripe fruits?

The corn also seems to have appreciated the combination of sun and rain.

Most of the grapevines have now reached the top of the growing wire in their enclosure. Every few days the vines get redirected so that they grow along the two stainless steel cables which support them.

Peas and Beans have grown very well this season. Gardening lore suggests that these plants over winter in parts of Australia, and this may well be true. But, experience suggests that the winters in this part of the mountain range are too cold for them to survive. In the meantime there are lots of peas and beans to eat.

The farm must be near perfect conditions for Kiwi fruit, as they are prolific producers. Last year we picked the fruit green and let it soften and ripen in the house where they stayed fresh for months. Home grown Kiwi fruit can brighten up a winters breakfast.