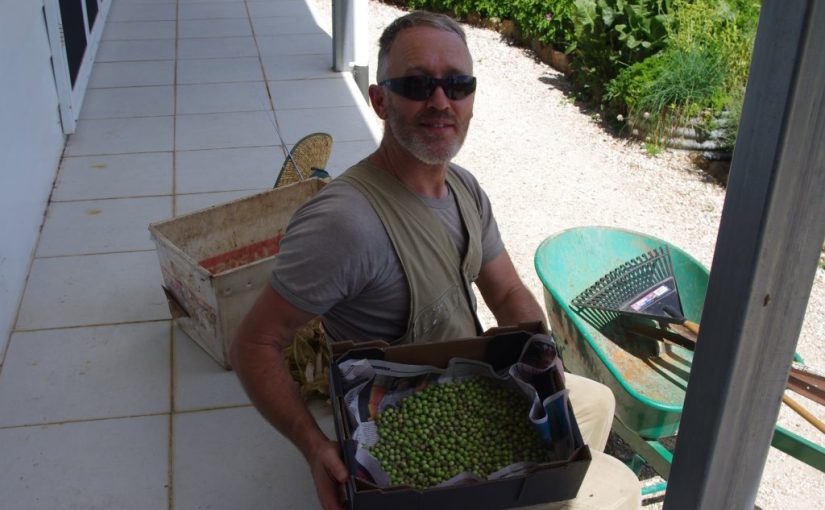 Earlier this week, a friend who is moving her family to a rural locale asked a seemingly simple question: What equipment do I reckon her family might need in their new rural locale? Innocuous questions are often the most difficult to provide a straight answer to. For some reason people seem to ask me these sorts of simple yet very complex questions, so I’m thinking that there must be something in the water here which causes them to do so.

It even happens in my professional working life. There are times where I’m often asked the most awful question: “How much money do you think I’ll need to have for a comfortable retirement?’ Due to very serious legal limitations, I’m actually unable to provide a coherent answer to that question. However, in order to maintain my enigmatic professional status, I instead provide sage advice. The advice given comes down to the truth of the matter which is that what you need in retirement are: Friends; Hobbies and Purpose. It is worth noting that some people seem rather annoyed by this response, but really, that is their problem.

The idea for the sage advice began formulating in my mind at a very young age. My grandfather was a noted businessman who had led a very interesting life. He made quite the impression on the younger me. About the age of around 15 years, he confided in me that he felt that the concerns of his older friends whom had already retired seemed somehow trivial. I have this vague memory that the old bloke was unsettled that his even older retired mate had been discussing the problems of shaving and razors with him. At such a youthful age and having to turn up to school each day whether I liked it or not, retirement sounded pretty good to me. And anyway, shaving was not in my day to day experience at that age, and so I really had no idea what he was talking about. However, the general idea that he believed that retirement was a bad thing was conveyed. And true to form, the old bloke died within days of retiring. Strongly held beliefs can weigh heavily on a persons mind and have awful consequences.

Beliefs are such a difficult and murky world in which to tread. A person being asked to give advice should feel uncomfortable, almost as if the very sword of Damocles is hanging by the single horse hair and just waiting to fall upon them should their advice go astray. As a consequence I rarely give advice.

Anyway, I might have to make an exception for my friend, as it is not as if the editor and I hadn’t also asked for advice in the past. When we moved into this rural area, we asked a lot of people – some of them old timers in the area – how they’d go about managing certain aspects of the steep property that were puzzling us at the time. Answers to our simple questions were not forthcoming. The property it should be noted is on the side of a hill, and most of the old timers we asked the question of, lived on flat land. I dream of flat land!

Bizarrely the answers to those simple questions came unbidden over time, but unexpectedly much later. We simply kept an eye open over the years to see what other people were doing that worked on similarly steep blocks. And then implemented and tested those ideas on the property here. If the idea was particularly good and worthwhile, we’d replicate it. That’s experience for you.

The thing is though, in order to be able to observe those solutions to the unanswered questions, you have to know what you want to achieve in the first place. That’s certainly not an easy thing to know. When first we became serious about growing fruit on this property, I had a vague notion of establishing a food forest. It’s a concept that didn’t work out so well for us, basically due to rats and diseases around the trunks of the fruit trees. Nowadays we do our best to keep the under story of the orchards clear and open, just like an old timer orchard. And berries, herbs and vegetables are all planted out in nice and neat separate areas.

There are times even now when I don’t know what to do, but I still have to do something. At those times I ask for and take advice, but the form which that takes is the engaging in of a dialogue. Dialogue, isn’t simply asking a question and expecting an answer, it involves engaging in a conversation. The conversation might be prolonged and involve several people, and you might even have to weigh up their motivations and experience. It’s anything but simple! And it is certainly not a quick process.

Earlier in the week I received a phone call from the farm machine repair guys. The stump grinder had been making odd sounds, and they were investigating the problem with the machine at their workshop. The expensive machine is unfortunately now a write off, and a conversation was had as to why that was the case. Later on the next day I dropped in to the workshop, and sure enough the stump grinder was clearly a write off, and I had another friendly chat with the bloke in the workshop. The machine is an expensive machine after all, but as far as stump grinder machines go, it was a relatively cheap machine which that shop hadn’t sold to me.

With easily ten thousand trees and the detritus of a century or more of logging on the farm, I really do need and use a stump grinder. The written off machine was too fragile in these circumstances to do the job properly without self destructing, as it had almost done. So, yet another chat was had with the boss of the farm machine business as to what had happened, how the machine was being put to use, and what to do from here. I’m in now in their hands. Experience over the years has proven to me that they know this stuff better than I, and their reputation in the local area counts for something.

As had been amusingly remarked to me before about other machines, the written off stump grinder will make a good first machine! Yes, very amusing.

So as to respond to the original question asked of me: I can’t give any advice. All I can suggest is that this is how I would approach the situation, and that involves observing others and engaging with the locals who the have experience using the form of dialogue. And if time is unavailable for either activity, then I’d wait until time does become available. These machines aren’t cheap.

A brief and underwhelming summer heat wave sat over the farm for about 5 days this week. Each of those days exceeded 30’C / 86’F. It sure felt hot, but in a normal summer those would be felt as only reasonably warm days.

At least the brief spell of heat produced some ripe tomatoes. The most reliable, reasonably tasty and easy to grow tomatoes on the farm are the Barry’s Crazy Yellow Cherry tomatoes. That seriously is their variety name, and the tomatoes are really good tasting.

Another day of digging took place on the future shed site up above the house. It wouldn’t be the juggernaut of Fernglade Farm if I hadn’t unearthed or otherwise had to deal with some monster sized rock rearing up and out of the bowels of the Earth.

The rock was moved and another four feet of excavations were completed. The site for the new shed is looking pretty good.

Observant readers will note in the above photo that in the forest behind me you can see what appears to be either smoke or mist. The brief heatwave came to an abrupt halt during the digging and the weather then turned colder and misty. It’s been a bit of a crazy summer weather wise.

All of the soil is being moved to another part of the farm where we are constructing a storage area for firewood, a utility area and a low gradient path leading down into the orchards. Those projects are coming along, but they still need a lot of soil and rocks.

A trailer load of the locally quarried crushed rock with lime was used to flatten out the area surrounding the greenhouse. It looks really neat.

The pea plants had done their thing for the season and were beginning to succumb to sooty mould. I picked all of the pea pods and shelled them. The peas will be left to dry so that some can be eaten now and others will be replanted next spring.

Blackberries are having a phenomenal season and the conditions are almost perfect for them. Strawberries didn’t produce nearly as well as the blackberries, possibly due to the very cool and wet spring. With autumn just around the corner, strawberries and raspberries now look set to provide some autumn berries.

The larger variety of tomatoes are still green, but there are tantalising signs that they may ripen soon.

The King Parrots are a delightful sight in the orchard, and they are happily consuming the many varieties of apples. But don’t fear, apples are prolific producers of fruit and the trees can stand the thinning. If too many apples grow on a branch, the sheer combined weight causes the branches to break. Of course having a flock of well fed parrots hanging off a branch can probably achieve the same result.