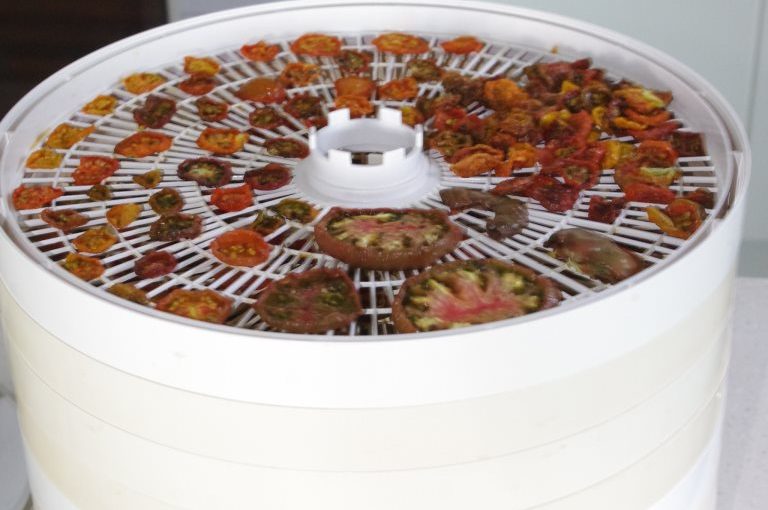 Earlier in the week there was an article in the news discussing the rising house prices across the country. https://www.abc.net.au/news/2021-04-01/home-prices-rise-at-fastest-pace-in-2-years-in-march-corelogic/100043190. I didn’t know what to make of the article, but for some reason a memory surfaced of the legend of Cassandra. Cassandra was a legendary mythical Trojan priestess, who was cursed by the God Apollo to utter true prophecies, but never to be believed. The lesson learned there might be to not mess around with the business of Gods. But you know, all the same I would be very interested to hear what Cassandra had to say about macro economic forces in these enlightened times, and try hard to believe what was said.

It genuinely boggles my mind to see house prices rising after the economic bloodbath of last year. On Good Friday we had to make a spontaneous visit into the big smoke of Melbourne and then back home again. And the spontaneous drive took us to the extreme furthest reaches of the city. The city is big and the drive took about five hours all up. By the time I’d arrived back home again, I was zonked.

Being Good Friday, as you’d imagine, most of the shops were shut. Obtaining lunch was a real problem, and we took some homemade Anzac biscuits for the journey with that possibility in mind. A couple of biscuits however, is not enough to keep me fueled, and so on the return journey we went in search of something more substantial. The editor suggested obtaining lunch at a cafe in our old stomping grounds in the inner northern suburbs. An excellent idea!

The business was owned and run by a family who were clearly not concerned with Christian beliefs and holidays. Back when we used to live in the big smoke, they used to open on Christmas Day, when all other businesses were shut. And they served the most delightful coffee and breakfasts. I support their belief system, and also their ability to serve quality coffee. And the business used to be packed with locals who were also clearly in need of a quality coffee and breakfast to fortify their constitutions before the familial onslaught such religious holidays brings.

Last Friday however, there was a ‘For Lease’ sign in the window of the business and the scene behind the pane glass window looked none too orderly. And sad to say, but the business had been operating before we arrived in the area around the year 2000. Fortunately a bakery was open, and we were able to purchase two hot cross buns which we hungrily scoffed down then and there. Anyone who knows me, knows that I’m partial to a substantial lunch, and one hot cross bun and couple of Anzac biscuits does not meet this need.

The lady who served us at the bakery looked very disappointed that the order was for only two hot cross buns. A full tray of them sat behind the glass counter, and it was mid-afternoon. Hunger does weird things to a brain, but it equally possible that I was distracted by the sight of the other employee wearing a mask and looking fearful, when there are no local cases of the health subject which dare not be named. However, if I’d been more alert I would have ordered four hot cross buns to share between the editor and I. Alas the long drive dulled my usual sharp wit. At least the (sadly single) hot cross bun was very tasty, and it was no hardship to consume on a random walk around our old stomping grounds.

The walk took us through the strip shopping district. At a guess, about a quarter of the shops appeared to be empty as they displayed either dust or ‘for lease’ signs, and even sometimes both. The Taco Bills restaurant where the editor and I had enjoyed many a Sangria and Burrito, was soundly boarded up. The shopping scene wasn’t one of decay, it was more as if a few chunks had been amputated, but the body was still alive and kicking – it was just smaller and less bustling than it had once been.

The walk was a great way to refresh my brain during the return leg of the long drive, and that’s despite only obtaining a single hot cross bun each. We decided to extend the walk and take a look at the area where we used to live. The old Victorian era brick workers cottages looked much the same, although a few sported ostentatious extensions. What interested me was that there were very few cars parked in the area. But given the hordes of vehicles headed out of the city whilst we were heading inwards, that was hardly surprising. It is possible that plenty of the city folks have become sick of being stuck in the city?

The reason we ventured away from the farm on Good Friday in the first place, was because earlier that morning I’d been contacted by a business to come and pick up a machine that had been on order. The yellow power wheelbarrow we use to bring large rocks and other items back up the hill, has been playing-up recently, and possibly like the deceased stump grinder machine, it might not be easily or economically repaired. When you are on the side of a hill, a power wheelbarrow is a very useful item, and so the editor and I made the decision to order a replacement machine that will be more easily able to be repaired by the local farm machine repair dudes. And the call came spontaneously on Good Friday morning to come and pick it up. So off we went.

Being in business myself, people recount to me stories of hard it is to obtain parts, or that there are shortages of some item or other, or even the woe of long wait times for new vehicle purchases. Those stories suggest a pattern of sudden decline. Yet there in the background there is the counter story of the ever rising house prices and bizarre talk by serious people of economic recovery. To gain a better understanding of the situation I recently began re-reading Michael Lewis’s most excellent book: ‘The Big Short’. The book is an account of the events leading up to the GFC in 2008, and the narrative focuses on a few quirky people who put their money where their mouth was and bet against the prevailing mood of exuberance. And already the decision has yielded dividends because the text suggests that, house prices will actually continue to rise if people believe that they will continue to rise (i.e. purchasers expect to enjoy capital growth and appreciation on their purchase). But when those expectations disappear, the bubble pops. Ah, of course, the madness of crowds.

So we decided to splash some mad cash now and order the replacement power wheelbarrow whilst it could be easily obtained. It is a possibility to want such a machine, have the mad cash to purchase the machine, and not be able to obtain one. That is already happening with some items, which shall remain nameless.

The machine is a useful tool, but it is hardly a prized possession. Long term readers will know by now that I’m something of a book worm and enjoy reading. A housemate during the very early 1990’s introduced me to the author Jack Vance. Over the years I have collected most of the authors works and many of those are the original pulp novels which are now up to sixty years old. The books were never printed on quality paper with good bindings, and the years have not been kind to them. Around twenty years ago, a whole bunch of book nerds (I would have enjoyed their company) put together a collected works of the author titled: The Vance Integral Edition. The works were returned to their original texts and the books were printed on high quality low-acid paper. I managed to learn about the effort about a year after the printing was finalised, and it has been something of a regret.

A few years ago, a small publisher began reprinting the novels individually on low acid paper and good bindings and with forwards penned by other authors who love the books. The editor purchased some of these books for my birthday present. With an eye on the ructions going on in the world, and the bizarre macro economic circumstances, we decided to order the remaining books whilst they are easily obtainable. All you can do is take a critical look around you, make the choices available to you and then act. Perhaps Cassandra knows what will be, but who will believe?

We’ve had something of a minor Indian summer this week and the days have been warm to hot. Some nights fog has hung over the valley below the farm.

The nights have also been warm, and now that the burn-off restrictions have been lifted, smoke has been rife over the area. The smoke and warm nights combine to produce the most amazing sunsets.

A day was spent excavating the shed site up above the house. We moved somewhere between three and four feet of soil.

The new power wheelbarrow was put to good work moving some of the excavated soil down the hill before dumping it in the new utility area project.

The remaining excavated soil was dumped onto the low gradient ramp project. The project is a really useful project because it provides a low gradient ramp leading from the house and down to two of the orchards.

Excavating the soil produces quite a number of small rocks which are going to be used to fill a steel rock gabion cage. We haven’t yet constructed the cage and for now the rocks are piling up.

So far we have excavated about 32 feet from the outer edge of the rock gabion cage to the edge of the soil cutting. There is still yet more soil to excavate, which is a good thing if only because the other projects need the soil.

It is hot work excavating soil by hand. Fortunately though, the brief bout of hot weather has had a silver lining – the tomatoes are slowly ripening.

The plants on the farm are continuing to produce, and breakfasts of homemade toasted muesli and homemade yoghurt are lifted to new heights by the addition of the very tasty Chilean Guava’s. The small berries taste like lemonade to my palate.

Recently a flock of Gang Gang Cockatoos have been visiting the farm. Their screech is akin to the sound of a very loud squeaky door. And their colouring is dark grey with a bright red face. The other day one of the birds was sitting on the whirly bird for the ventilation for the worm farm sewage system.

The hot weather has brought the insects out, and by late afternoon as the sun bakes your head, the hum of insects is audible.