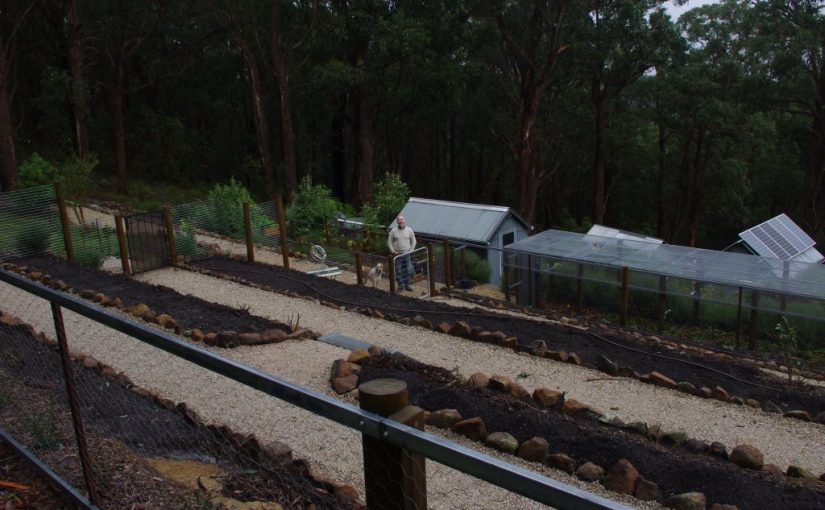 Tuesday morning was really sunny and just nice, for a winter’s morning that is. The air in Melbourne had the right amount of winter bite that morning. I’m sure the good vibes weren’t from the cappuccino caffeine buzz, or possibly the heady sugar and fat high from the tasty muffin I’d just devoured, but it might have been. The coffee and muffin combo were doubly delicious as I’d managed to enjoy them, whilst reading another chapter of Stephen King’s epic tome: The Stand. It sure is a book for the times, that one.

Alas there was work to be done. The bins at the back of the cafe were quickly emptied. With the back of the car full of used coffee grounds I headed off to see a client. It wasn’t far to go from there. The roads were quiet. Along one of the main roads, the local council had blocked off a lane and had given it over completely to cyclists, of which there were none to be seen.

As a civilisation we seem to be pretty heavy on signage, sometimes so much so that you hardly know where to cast your eyes without being instructed. By chance on that drive I happened to look high up at the roof of an old Victorian era hotel. There was an advertisement billboard high up there which proclaimed: Be Proud. It was an advertisement for a private school. Yet at the same time the radio was belting out the thoughtful tune from American rap artist J Cole, and his song: Pride is the Devil. Hmm, as a church run private school, you’d imagine that they knew their history, but apparently not.

I have mixed feelings about private schools. It’s a complicated story. My mother was a single mother after my father cleared out when I was very young. I was so young in fact, that I barely recall his presence in my life. Upon reaching the age where I was to attend High School, my mother enrolled me into a very hippy dippy school for disadvantaged kids – of which I guess I was one, having no father to speak of.

After two years of that hippy dippy school, my grandfather (I’m guessing but am not entirely certain) stumped the mad cash for me to attend a private school. Nobody really asked my opinion in this matter and I was merely swept along by the winds of fate. From hindsight attending the private school probably was a good thing for my education.

I’ve been fortunate over the many years that a few very strong male role models have taken time out of their own lives to assist guiding me through this thing called life. My grandfather was one of those, and whilst he had his faults, he gave me his time and expended his resources and energy upon me, and for that I’m eternally grateful.

So I transitioned from the very hippy dippy High school for disadvantaged kids, and was unceremoniously dumped into a more English than the English grammar school. It was quite the culture shock, and despite being friendless and clueless, I bravely entered the fray.

The school bully immediately marked me out as fresh meat and gave me a hard time during math class in my first year at that school. Fortunately for me, he must have been scholastically challenged because he didn’t return the following year and that ended that annoying problem. But all the same, the culture was surprisingly aggressive and competitive. As a new kid I was expected to attend the organised fights after school, and so I did my first encounter against another kid and fortunately won the bout. I had no bad feelings towards the other kid, but there was no choice other than to participate in the fight.

The simple message taken away by the early experiences, was that if you want to learn to live in the jungle, you have to know how to fight. Fortunately I worked jobs both before and after school, and so I had plenty of mad cash to spend. One day out of the blue I took myself to the local Dojo, and ended up training there regularly for many years.

Perhaps word got around at the school that I was training in martial arts and was no longer easy prey, but I don’t really know what happened as suddenly the other kids stopped giving me a hard time. It quite amuses me to think that I learned martial arts so as not to get into fights. It sounds counter intuitive, but that was how it was.

The guy that ran the Dojo was a really nice bloke. You wouldn’t know that he is one of the most accomplished martial artists this country has ever produced. At the time I had no idea, he was just the Sensei, and we were the students, and that was how things rolled.

A few weeks ago, out of curiosity I did an internet search on him, and was rather surprised to discover just how accomplished the Sensei was. An author had written a book (which I purchased) about the Sensei, and I had no idea that he had such a problematic upbringing, with what sounded to me like a violent father. It is ittle wonder to me that he turned to martial arts. But the interesting thing for me about the Sensei was that he never made a big deal about his accomplishments, he simply exuded competence and leadership, and by doing so he set a great example. It’s a shame that others get swept up and away in pride – history suggests that it rarely ends well.

Regular readers will recall that a fortnight ago, an epic storm swept up from the frozen continent of Antarctica and brushed aside tall trees as if they were match sticks. The editor and I travelled to a nearby town which had been hit pretty hard. The authorities are working on the clean up, and I’m guessing it will take many months of activity to complete.

A lesser storm from that frozen continent arrived this week bringing more rain, but fortunately less wind this time around. In between the rain storms I mixed up another half cubic metre (0.65 cubic yards) of compost with the various mineral additives for the vegetable beds on the garden terraces. To give my shoulder a break from the mixing process, I pressed the electric cement mixer into action. The machine worked really well. All up the job produced 25 wheelbarrow loads of the mix.

Towards the end of the compost mixing job I watched the storm clouds roll in, and as I packed everything away I ended up very wet from the rain.

There is probably only one more batch of mixing to do before the garden terrace vegetable beds have been fully fed. After that is done, there are then the strawberry, raspberry and blackberry beds to feed, but they should be an easier job.

We’ve begun another project which involves widening the path near to the machinery shed. For some reason now lost to time, we’d made the path narrower than it needed to be. At a wild guess this was done because the rocks used in that rock wall were crazy huge and we are unable to move them any further.

It took most of a days work to remove the vegetation and then extract and relocate the huge rocks.

Some of the rocks were so large that we had to split them into smaller rocks before we were able to move them.

All of the large rocks were relocated and used in the retaining wall for the utility area (which I haven’t mentioned or worked upon since I hurt my shoulder a few months ago).

The path near to the machinery shed is now much wider, as Ollie can attest.

Over the next week or so, depending upon the weather, we’ll add in a rock wall, a light and a water tap (spigot). But until that time, Ollie and the sheep dogs can enjoy the soft soil surface, or more likely in the case of Plum and Ruby, the now very easy to dig soil surface.

The path below the overflow shed was also widened. The path widening work just makes it easier for us and the machines to get around the property without crashing into buildings or rock walls.