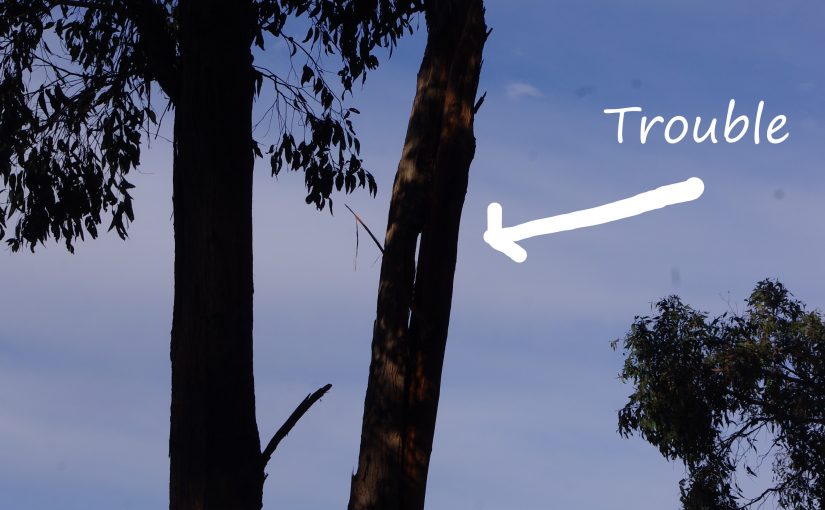 It wasn’t the worst road trip in history, but it might have been close to it. Maybe fifteen years ago, four days were spent in the car watching the scenery slide past outside. Sometimes it’s hard to recall that there is so much activity going on elsewhere, and yet that is exactly what goes on all around us. And sitting in the car day after day meant watching the changing scenery flash by, just out of reach.

It is hard to stop on a long road trip. Over there looks as if it would be an interesting place to visit! And look at that alien looking subtropical forest over there. All fascinating stuff, but getting the leave from work was problematic because everyone wanted a piece, and few could let go for even a short while. With only two weeks grace, we’d decided to head north up along the coast to the warmer northerly coastal climes in the state which sits to the north of Victoria (the destination state being New South Wales).

Four days of driving there and back again was probably a touch overly ambitious for a short break, however occasionally we are guilty of reaching for the stars, and then just end up over reaching. Eventually though, we arrived in the coastal town of Byron Bay. It is a beautiful location, a real tourist trap, and we didn’t stay there for long. Instead we headed out into the regional area. In those days, the area was reasonably quiet and stunning accommodation could be found in out of the way locations at reasonable rates. You could even get a decent coffee and feed at most small towns – a true litmus test for travel if ever there was one.

It was reasonably pleasant, and very green. Everywhere was green due to the subtropical and very humid environment. Plants just grew and grew, as they clung onto every surface. These days whenever an occasional summer rainstorm dumps a decent quantity of rain over this mountain range, the inevitable rising clouds of humidity wafting through the trees, calls to mind the distant northerly coastal locale.

Darkness however crept into the road trip, and I’d brought it along for the ride. It wasn’t the guy in Nimbin who received a ‘yeah, nah, mate’ reply to his unsolicited offer to sell us smokes that day. Nor was it the feeling of sadness as to something just missed and now out of sight which accompanied the trip to the local hippy museum. The folks at the hemp embassy seemed pretty upbeat about stuff. Nope wasn’t them either. It was the sight of the ferals spilling out from the local pub that really shook me to my core. They looked genuinely happy, and the awful question suddenly popped into my head unbidden: ‘Are they winning’?

The personal contrast was hard to ignore, and so lead to a brief existential crisis, and a less than pleasant road trip (spare a thought for the poor editor who had to put up with my brief and rare spell of angst). Why was I working a hard core job, studying part time and fixing up houses at night and on the weekends? Some questions have no answer, all they require is change.

The question as to whether they are winning or not has long haunted me. Time has a way of changing the rules for the field of play, and upon long and careful consideration, it is possible that nowadays that they’re not winning.

Fifteen years ago, living in that part of the country would have been fairly cheap. Nowadays there are reports in the news that even long term residents are struggling to make ends meet, renters don’t stand a chance, celebrities with oodles of mad cash have moved in and there are more than a few less mad cashed up people living rough. So yeah, on that basis alone, I don’t believe the ferals are winning these days – they’re probably doing it really tough.

At the core of the story really, is economics. Supply of housing is restricted, the money supply is continuously expanded, resources and energy are finite and may in fact be diminishing, and demand for housing far exceeds the supply of housing. So prices have risen accordingly. It is not a complicated story, and yet it is the outcome of the policies which are being pursued by most levels of government. It’s a popular policy I guess, and as the long deceased economist John Kenneth Galbraith remarked about the American people (and it applies just as readily here): “Along with the sterling qualities which he praised, they were also displaying an inordinate desire to get rich quickly with a minimum of physical effort.”

Mr Galbraith wrote a most excellent and easy to read book about The Great Depression. My understanding is that the economic disaster was caused because equity prices (i.e. shares and other financial instruments) fell in price. Not all, but enough equities were purchased via loans, so as the share price fell, the banks called in the loans via margin calls (the banks only requested a percentage of the loan be repaid on the instant). People with debt unfortunately had to sell more equities to fund the margin calls of the banks and so on. This feedback loop caused the market to crash badly with a huge amount of economic carnage. The money supply came to a standstill. And the situation only became better due to the heavy government spending resulting from the Second World War.

It is quite likely that this nightmare scenario won’t play out this time around merely because of the belief systems of the Modern Monetary Theorists. Those folks appear to be in control of the economic policy levers and they are happy to print as much money as possible. As a result, financial asset prices (equities, bonds and property) seem impervious to corrections. I believe that the theorists stated position is that it all doesn’t matter.

Yet there is a built in flaw to their arrangements. Property is not just a financial asset, it is also something that keeps the rain off peoples heads and warm during the winter months. As prices go up, many folks are going to have debt on their purchases of properties, and with interest rates about as low as they can go, the amount of mad cash required to service the debt becomes more and more over time across the population. So if the government takes a cut of a persons income via taxes, and the banks seek to continuously extract ever more of the same persons income due to the unfortunate need to service ever greater levels of debt, and incomes remain fairly stagnant, then over time people will have less money to spend on other goods and services. Eventually the flow of money in the economy will most likely seize up because people won’t have much spare mad cash. What will happen then, well history gives us a guide but really. It is worth noting though that some predicaments have no answer, all they require is change.

It’s been a frosty old week at the farm. Clear and sunny days, but oh my how the nights have been frozen.

Ice formed on the vegetable beds, and the greens survive the freezing process by converting starches and proteins to sugars (which have a lower freezing point). With lower levels of protein and starches in the plants, the local wildlife does it tough. One cheeky scamp of a wallaby decided to enjoy a feed of some of the leafy greens in one of the steel raised round vegetable beds. But did the wallaby actually have to jump onto the garden bed?

The small red Suzuki dirt mouse was frozen one morning and required a couple of buckets of fresh water to defrost it.

One good thing about living on a mountain saddle, is that the land far down below the farm gets even colder than here. Cold air falls and settles in the valley below the farm, and the roads there are frozen some winter mornings.

At least the day time weather has been mostly sunny and very pleasant. Some days you can feel that, despite being just under three weeks out from the winter solstice, the suns rays have more energy. There is no reason to start work early on the cold and frosty winter mornings, and so late morning winter start times for work, suit me just fine.

We continued working on the project which is widening the path between the cantina shed and the machinery shed. Two weeks ago the project looked like this:

The vegetation was cut back, the two plumbing pipes were re-laid in longer conduit, a post for a garden watering tap was relocated, and the rock wall was realigned. It sure took a lot of work, and we intend in the next week or two to install a lamp post there which will be powered by the solar power system.

Another day of work was spent turning dozen year old logs into firewood. The logs were left over from the house site excavation all those years ago and we’d never gotten around to processing them into firewood. The logs had to be cut and then split, and the sun shone beautifully whilst we worked. The recent rabbit and snake incursion has spurred us on to sort that job out.

There is no shortage of trees for firewood either. The recent epic Antarctic storm a few weeks ago, who’s winds toppled great chunks of the forest elsewhere has damaged a very tall tree. The tree has since split down the middle and is in danger of falling at any moment. Even the slightest of winds produces a moaning and groaning sound from the stricken timbers.

52 thoughts on “The Comedown went down”