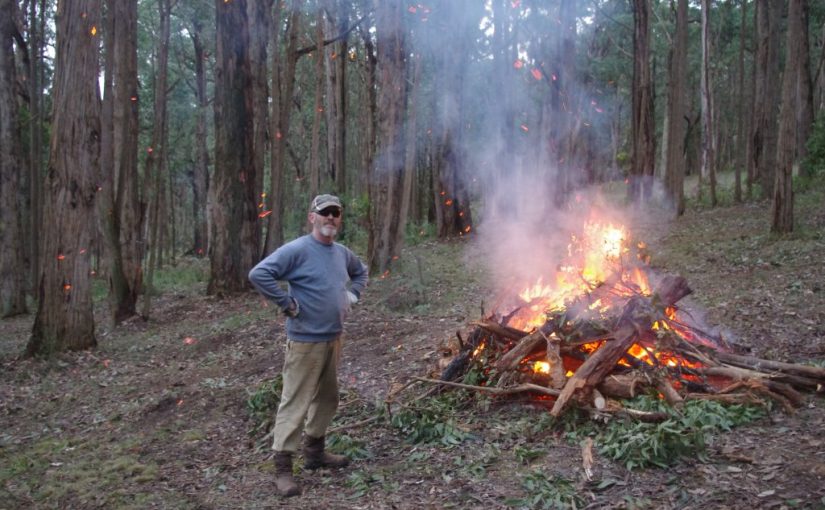 Culture shock doesn’t come much harder than being unceremoniously relocated from an experimental hippy dippy school for disadvantaged kids, to a more English than the English grammar school. The kids in the experimental school were aggressive, and sure there were tensions, jockeying for position and grievances, but being from disadvantaged homes, the kids had probably seen enough violence not to resort to blows. The more exclusive school kids had violence down to a fine art form, and that is why I ended up at the local Dojo training several nights per week.

In a bizarre twist of fate, the Sensei of the local Dojo just happened to be one of the greatest martial artists that this country has ever produced. Who knew? He was a humble bloke but exuded competence and could demonstrate his skills when necessary. The several nights of training per week soon became many years, and word must have gotten around at school. The aggressive behaviour stopped quickly enough.

One of the odd side effects of moving from one school to another is that you lose all of your former mates. One day you’re sitting pretty with a goodly collection of friends, the next day due to geographical differences, they don’t want to know you. A sad hammer blow which has struck hard at various times.

As one of the less than a handful of new kids at the grammar school, I’d managed to worm my way into the intermediate group of kids. They were neither the cool kids, nor were they the dorks, they were somewhere in the middle of the pecking order. Unfortunately the new kid status didn’t lend any mojo to my place in the pecking order. And then for some odd reason being at the lower echelon of that particular group they’d got it into their heads that I was gay. In those days of the not so distant past, this was a mortal slur.

It didn’t take terribly long, and involved a fight which unsurprisingly I won, before I took up with the dorks of the grammar school. It is a truth universally acknowledged that the nerds are the true individuals. They were a lot of fun.

After a few years, one of my new mates became interested in the martial arts training, and so he attended many sessions. He had the gift of the gab as they say, and could talk the leg off a chair. Before too long, the Sensei was also enjoying conversations with my mate.

In an unfortunate twist of fate, my mate also just happened to be very competitive, and so he kept pestering me to have a one on one sparring session with him at the Dojo. Reluctance was felt and expressed. The Sensei however, encouraged the engagement, and after many months of badgering, the arrangements were made. After the training session, we faced off against each other.

An agreement was made between us that there would be no head shots, all blows were to land from the shoulders down.

There was no hurry to engage in the fight, and my mate lacked experience so I moved slowly and deliberately around the mat whilst keeping him engaged. The Sensei used to regularly take on all comers at practice sessions, and he’d casually deal with the confrontations – with ease. With that lesson fixed firmly in mind and displayed by actions, my mate realised where the bout was headed, so in an act of desperation he took a massive swing at my face, thus breaking our agreement. In anger I let loose on him and put a rapid end to the farce.

That was when things got really weird.

Turns out that it was I who was in the wrong. The Sensei upbraided me firstly for expecting that the rules were going to be upheld, and secondly for losing my temper. In doing so, I’d embarrassed myself on the hallowed floor of the Dojo. And the Sensei was right too.

For some odd and unknown reason this incident all those long years ago has been pushing itself into my thoughts of late. Maybe it is because people have been badgering me as to when I’ll get vaccinated against the health subject which dare not be named. As of a few days ago, slightly less than 11% of the population have been fully vaccinated down under, and there are acute shortages of the stuff.

Against this background I was listening to the wheelchair bound Federal Senator Jordon Steele-John on the youth radio news program a few weeks ago, and he was lamenting the lack of stuff to protect against the health subject which dare not be named for people living with disabilities. It seemed like a fair and urgent need to me to protect the more vulnerable members of the community, others clearly feel differently.

Many long years ago I sold a car. A bloke had agreed to purchase the car and the deal was done. Independent inspections were completed, certificates of road worthiness were obtained. A deposit was paid, other purchasers were disappointed and sent on their way. It took a while to finalise the sale, and then the bloke suddenly out of the blue got cold feet and decided to renege on the sale.

That’s when things got really weird.

The bloke wanted his deposit back. Most normal people would understand that a 10% deposit (under $2,000 in this instance) is paid upon a purchase in order to secure the transaction – and deposits are generally non refundable. I’d turned other purchasers away and it was a really difficult car to sell (and eventually took a huge loss on the sale). I contacted the other interested parties, and smelling blood, they offered outrageously cheap offers to buy the car. It took months of work to sell that car.

From earlier conversations with the bloke I was aware that he was a doctor. Upon learning that the deposit was forfeited, he then went on to threaten me along the lines of ‘if ever I come into his care.’ For some odd and unknown reason I’ve been thinking about that bloke of late. It is almost as if he felt that by his very position in society, he didn’t have to play by the rules.

The lock down began late Thursday night / Friday morning, and wasn’t announced until Thursday early evening. Earlier that day, the editor and I had a gut feeling that we’d be in lock down sometime within the next 24 hours. This was a bit of a problem as we’d arranged to pick up a replacement second hand couch for the dogs bedding on the coming Monday (the day this blog is posted). With an impending lock down, that wouldn’t have been possible, so we contacted the seller on Thursday morning and arranged to pick up the couch that day. The seller was amenable to the change in arrangements.

The second hand couch, which is upholstered in real leather hide was a $100 because it has a few stains upon it. I’m pretty sure the dogs won’t worry about the stains. The decades old green couch had sadly been barfed upon by our canine companions once too many times, and it was candidly making my office smell rather fragrant. It had to go, and the replacement is far cheaper than new dog bedding and will last far longer. I’m constantly surprised as to how little value our society places upon some items regardless as to their quality.

We continued cleaning up the damage from the recent epic wind storm which dropped many tall trees. As an interesting side story, many parts of this mountain range still have so much damage that only locals are allowed access. We were more fortunate in this relatively protected part of the mountain range that it is usually protected from the worst of the winds. Even still there was a lot of tree damage.

We spent a day burning off dropped forest material.

The fire was big enough, and with enough materials, which despite them being green and very wet, they will probably burn for a couple of days.

Other than one very large fallen head of tree, we’ve now removed most of the forest litter from the paddock and orchards. Despite this work, there is still much to do.

Spring is not far away as the Bluebells have begun poking through the soil.

And there was one weird lone raspberry – very hard to explain at this wintery time of the year.