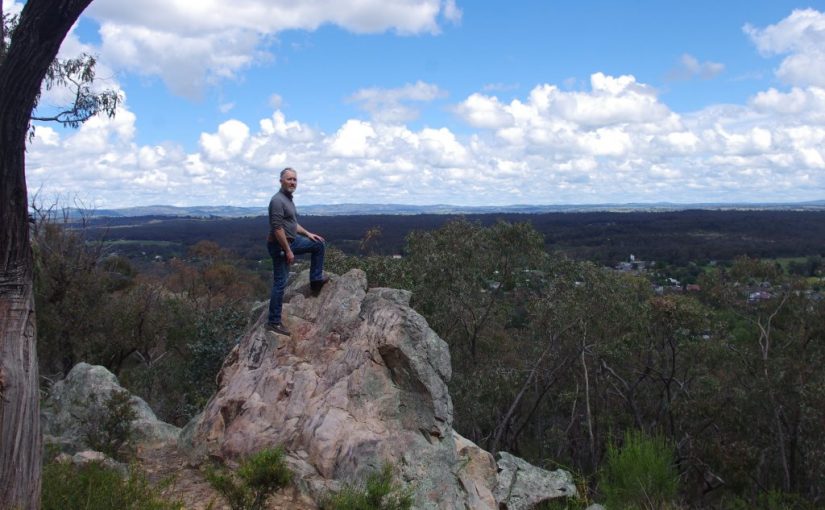 There weren’t that many single parent households in the 1970’s, it being generally considered at the time to be a difficult social proposition. Yet all the same that was where I found myself. My dad cleared out when I was super young, and I barely knew him. The lesson I took away from him was that, when the going gets tough, get going. Having grown up without a dad in my life, I much later put the running away lesson to the test, and discovered to my dismay that it wasn’t an example of greatness.

My mother was an equal partner in that very 1970’s awkward social situation, and she was pretty busy I guess, what with working a full time job, studying part time and keeping a watchful eye over my two naughty older sisters. It fell to me to be the good kid that gave no troubles. From my perspective that meant not getting caught, which was a different understanding, but essentially had the same end goal.

Anyway, with my mum being super busy and all, I didn’t really get a lot of good advice from that direction. Mostly I was just left to make things up as I went along, and then test them out against the school of hard knocks. It’s not a bad way to learn, however wisdom might take somewhat longer to achieve. A bit of up front useful advice would have saved a lot of trouble, but alas, I guess it was never intended that I was to travel the easy or smooth path. Funnily enough though, my mum did once enigmatically advise me, and without further explanation, to be wary of the first folks who come up to you in a new social situation. And that good advice has proven its worth over the years.

So I was kind of left wondering, what the heck else did I miss out on? Well, the answer is that I don’t really know, because I missed out. It’s like those mysterious maths lessons in Year 9 when the school bully was a constant distraction. Who knows what the teacher was going on about, after all, it might have been important? It is very possible that I could have become one of the greatest mathematicians of all time, but the school bully was such a constant hassle that year that very little tuition entered my consciousness. Fortunately the school bully flunked that year, and had to leave the school, but alas the lost time was actually lost.

Lost time really is just that – lost. It’s gone, never to be seen again. It seems like an important thing to consider when pondering life’s limited choices. Maybe that is merely my take on the world? Who cares? Anyway, I have learned some other stuff along this journey of life, and so I thought I should write some of them down here for posterior. Sorry, I meant for posterity. Here goes (in no particular order):

Prudence is way out of fashion in these days of easy credit, but I dunno, the virtue has much to recommend it. Way back in the day, some old bard might have penned the lines of advice in some famous work or other: “Neither a borrower nor a lender be; for loan doth oft lose both itself and friend, and borrowing dulls the edge of husbandry.” The old dead guy makes a solid point there, but it is super hard to avoid debt in these enlightened days, what with property prices being what they are. When I was a kid, the word on the street was to enter into debt arrangements only for property, and then pay that debt off as promptly as possible. And don’t live beyond your means. Sound advice, which I’ve taken to heart.

Years ago in my first really senior serious job, late one afternoon, there was a young lady in the marketing department who was in tears. Seeing a maiden in distress, I enquired as to the source of the tears, and was unfortunately confronted by a long and convoluted story which I candidly didn’t want to hear. At one point during the story, the young lady confided that she felt out of control and wanted someone to say ‘no’ to her, as well the fervent wish to take the afternoon off work. Well what else could I do? I granted her first wish. But seriously, the ability to say ‘no’ is an underrated skill which has much to recommend it, and can also avoid all manner of unpleasant obligations. I have noted that in sticky situations other equally effective words can stand in place such as: ‘I dunno’; ‘maybe, we’ll see’; or ‘I’d really like to, but you know, time’. What can I say, it works!

A few years ago I discovered a product known as fuel stabiliser. Apparently, so the story goes, fuel is no longer what it once was, and stored fuel somehow goes ‘off’ or ‘stale’. Who knew? This unfortunate situation has cost me plenty of mad cash in the past with the repairs to various small engines I use on the farm, if only because the fuel went ‘off’, and the machine became inoperable. By comparison to the repair bills, fuel stabiliser is cheap.

Speaking of industrial products, being on a farm, there are times I source obscure items that aren’t ordinarily found in the local hardware shop. In the past, those obscure items weren’t that hard to obtain, but now I’m experiencing really unusual supply issues to the extent that now I’m grateful when the supplies actually do show up in the mail. It’s not getting better.

When I lived in the city, I never bothered to consider the weather forecast. There was this one day when I had disassembled the kitchen and stored all of the cupboards outside. Later that evening… a super cell hit, and four inches of rain fell in an hour. The lightning show was fascinating to watch, and so was the serious water damage to the kitchen cupboards. Things can get much worse in a rural area, and long term readers will recall a minor landslide all those years ago. The weather forecast matters.

In rural areas you and your personal business are rarely unknown, and probably most certainly discussed. It’s only in the city that people can be anonymous. But the flip side of the being known story, is that people can and will look out for you, just don’t piss them off, or all bets are off.

On the youth news radio program the other night, there was a fervent vegan promoting that particular dietary option. I know vegans and they’re lovely people and consume such a diet for serious health or other personal reasons. A fermenting, sorry fomenting, sorry, fervent vegan was an entirely new and fortunately rare encounter. Anyway, the story was that we all have to consume a vegan diet, although candidly I’m unsure why. Long term readers may realise that edible plants and food are something of an interest to me. The fervent vegan may not know that protein levels in plants has declined over many long decades, mostly due to the declining fertility of soils and possibly also the varieties of edible plants now grown, and I have wondered if people intuitively know this. Anyway, whatever the case, growing annual vegetables is possibly the fastest way to deplete soil minerals via plants that I’m aware of. Growing a raised garden bed teaches you this nightmare story, if only because the soil height alarmingly decreases every single year, and there is no getting around the implications. At least the poop from cattle and livestock can be returned to the soils they were raised in – except our civilisation doesn’t even do that. We’re much smarter, the poop usually ends up in the ocean.

Living on a farm changes you, a lot. The early fluffy collective were candidly not very practical for such an existence, and yet they proved their mettle. I can’t really say as much for the Silky chickens whom the Editor was initially rather fond of. After a few years we came to a decision: no more Silky chickens. And the dogs have become rather more practical breeds recently! Nowadays Ollie is rewarded for chasing off a herd of deer from the orchard, whilst Plum is rewarded for killing another rabbit. That’s life on the land.

There may have been some other stuff too…

Inside the building the original Oregon timber (Douglas Fir) storage racks looked as good as new. The building would be very cool on a hot day due to the super thick walls.

Near to the old building was an hours long walk through the dry and open forest, which is now full of wild flowers. One of the stops along the walk was to view the Devil’s Cave. I would have presumed that the Devil would have had a more opulent looking cave, but apparently not.

The highest point of the walk afforded an astounding view over the nearby township and way off into the distance.

Nearby there was another gold mining site. Apparently the cunning miners had used a water canon to blast the rocky material, which was then sifted for gold. The activity went on for two decades before the locals cracked it and put an end to the reckless damage to the local environment and waterways. It was truly like walking into an alien landscape.

All that long ago environmental damage left me with a hankering to consume a gourmet pie, and fortunately the local government area where the pie shop was located had only just that day been released from lock down. The pie was excellent.

As well as consuming gourmet pies, we did some work this week around the farm! Half a day was spent relocating large rocks onto the low gradient ramp project. The ramp provides easy all weather access to the lower orchards. Every time we work on that project, it gets closer to completion. But even as it is now, the project has been extraordinarily useful during such a wet year.

A steel rock gabion cage was made. The cage was then taken up above the house to the flat excavated site where we intend to construct another wide shed.

A battery cut off switch was added to the older low centre of gravity ride on mower. The 100A switch basically disconnects the battery from the electrical wiring in the mower and stops the battery from draining when the machine is not in use.

And whilst I was mucking around with electrical items, I completed the process of replacing all of the electrolytic capacitors in my trusty three decade old amplifier. The machine sounds awesome now, and can rock the farm – if need be. And best of all, it no longer smells as if it will catch fire without warning.

65 thoughts on “Against the wind”