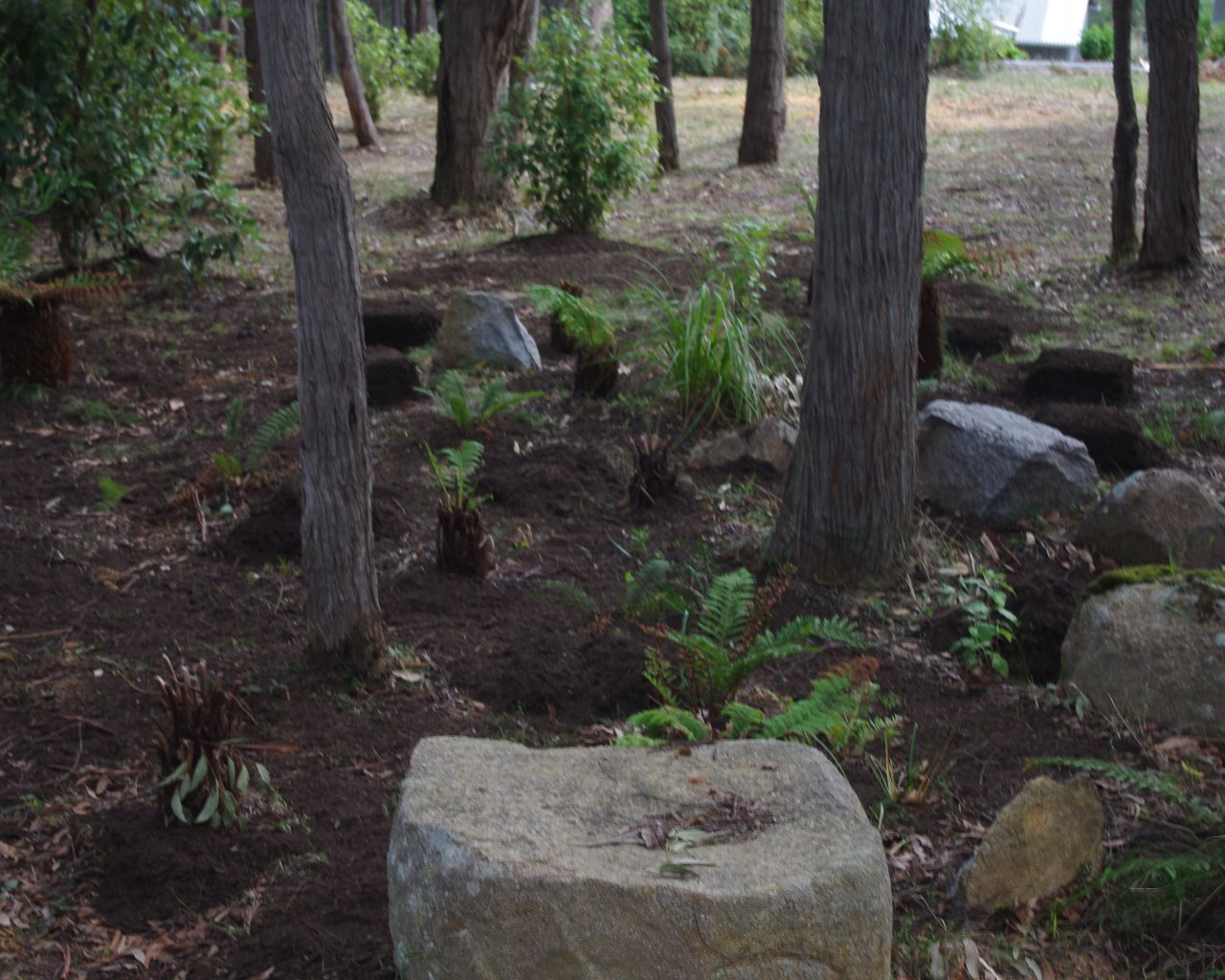 Every right thinking person knows that in the science fiction world of Star Trek, a Temporal Anomaly is a disruption in the space-time continuum which can be related to time travel. Temporal anomalies can take many forms and have many different effects, including temporal reversion, the creation of alternate timelines, and fracturing a vessel into different time periods. Basically that definition means that someone travels back in time, sometimes pleasantly, and at other times, not so pleasantly. The anomalies certainly have unexpected outcomes and can be used to provide all manner of tidy endings to otherwise messy and over long story lines, and they can sometimes look a bit like: “And then I woke up”.

Another word we use in the English language to express such a desire, is the word “regret”. Haven’t we all had a few regrets from time to time? I certainly regret planting the thorny blackberry / bramble-berries on the black berry terrace. Those plants are seriously hard to remove once they are established, and they come back each year much like a horde of marauding spikey zombies. Nobody wants to meet a zombie. I reckon they’d make for unpleasant company.

And whilst I am dwelling upon the subject of regret, I also regret allowing the population of rodents (rats and mice) to build up over at the old chicken enclosure. Rats and mice are certainly more persistent than the average zombie, and they sure are smarter.

The above photo is from almost five years ago when the rats were rampant and running free over the old chicken enclosure. I was feeding a lot of rats back in those days. Nowadays, the rats are unable to break into the fortress that is the current chicken enclosure. The mice however have managed to break in past the extensive fortifications, but they live a nervous existence merely because the chickens enjoy eating mice. The newer chicken enclosure (which must be two or three years old now) is certainly not a regret!

Long term readers may have noted that this week begins a new journey for the Fernglade Farm weekly blog. For many years I’ve been happily blogging away recounting all sorts of stories about the farm, its plants and wildlife, and more importantly, the fluffy collective (of which I count myself as Chief Fluffy Officer). And over the past year it has become apparent to me that I would eventually have to move away from the old “Blogger” free website.

Like the population of rats slowly building up in the old chicken enclosure (which has long since been converted into a secondary fire wood shed), problems had been so slowly building up with the old freebie website. I haven’t mentioned many of those problems in the blog or the comments, and won’t mention them here, but they were beginning to annoy me. The process of producing the weekly stories and having wonderful conversations was becoming ever more complex as time went on.

As an adherent of the long since deceased Grand Master of Strategy: Sun Tzu (author of the Art of War), I decided about a week ago to do something unexpected and move away from the freebie blogging platform. And here we are today. I move fast when required and have no need of steering committees, focus groups, endless meetings etc. If something needs doing here, then expect that it will be done, but our way!

Whilst efficient, it is nice that not everyone thinks and acts like the editor and myself. The other morning I was enjoying a leisurely large cappuccino and breakfast at the local cafe and general store whilst reading the business section of the newspaper.  There was an article titled: Tomago Smelter warns of ‘crisis’ as the grid falters

Blind Freddie, is a fictional historical character supposing to have little or no perception. Well, even he knows that the sun doesn’t shine at night, and the wind doesn’t blow all of the time. And during those combined times of renewable energy dearth, renewable energy systems are useless. Aluminium smelters on the other hand require a lot of energy, delivered consistently, and as such you can’t run them on renewable energy. The article highlights the damage to the smelters when the power is removed for any length of time.

So, why ever are we closing down large scale electricity generators in this country and at the same time not deliberately reducing demand for electricity? That policy makes little to no sense to me and I suspect that at some point in the future, the powers that be, will be hoping for a temporal anomaly, just so that they can head back into the past and correct some of the policy mistakes that we are making today.

I like renewable energy, and it is a great technology, it just isn’t good enough to power an Industrial civilisation with aluminium smelters (geothermal sources are one exception to that).

The house here has never been connected to the electricity grid and every year I learn more about solar power. It is a very complicated technology, despite what people say about solar panels becoming cheaper every year. This week I learned more about solar energy and had to make some changes to the wiring in the battery room.

The solar power system here has 30 panels. Six of those panels face the winter sun dead on, and they do some of the heavy lifting during the winter months. This week I noticed that they had been exceeding their rated outputs. At one point they were generating 20% more power than the specifications on the back of the panel would indicate. A friend who is a whizz in all things electronics suggested that this situation occurred because of the combination of very cool winter air and strong winter sunshine.

Knowing this problem meant that I had to upgrade the wires to and from this little regulator (a regulator is the brains of the solar power system) because they were warm to the touch. Warm wires in an electrical system means that energy is being wasted, and also it may pose a fire risk.

Regular readers will recall that a few weeks back one of the other larger regulators gave up the ghost for no apparent reason. It may be possible that the regulator shut down so as to protect itself from being ‘cooked’ (a technical word meaning that the device would possibly self destruct) due to too much energy being generated. With that possibility in mind, I have replaced the larger regulator with a higher capacity unit.

The solar power story sounds very complex, but the core of the story is that when dealing with any systems that harvest and store energy from natural systems (and that includes firewood, food preserving, water etc.), you really do need to handle and store more than you will ever think that you will need. This is so that you can survive the very worst conditions that nature can throw at you. It is not good enough to be able to cruise through the best conditions but fall over when nature chucks you a curve ball.

On Friday we visited a lovely nursery in a nearby mountain range. The nursery specialises in ferns, and the editor and I spent a few hours having a nice chat with Eddie the owner. We learned a huge amount about ferns and purchased half a trailer load of tree ferns. The tree ferns are harvested from timber plantations where they’d otherwise get squashed by all of the heavy machinery used.

The ferns have no fronds and I was wondering how to tell if they were still alive. Eddie explained to us that if the fern has an open crown, it will be alive. In the next photo you can see a new frond developing in the open crown at the top of a tree fern:

A closed crown looks very different, like this next photo of a tree fern that I killed last summer due to the heat and lack of water:

We planted out the fern gully and next summer I will provide the ferns with water whilst they are getting established. After a year or two, they’ll be indestructible, but until then…

And just because Ollie the cattle dog was hogging all of the photos last week, I give you the charming Sir Scruffy as he adventures through the fern gully:

We’ve been continuing to trim back all of the rampant growth around the various paths. The sunny winter conditions have been almost perfect for winter loving plants…

We’re almost finished mowing the entire farm. This is a huge job and I’m grateful for the new self propelled mower / slasher as it has halved the time required to do the job.

The potatoes have gone feral over the past few weeks:

And onto the flower photos!

57 thoughts on “A good use for a Temporal Anomaly”