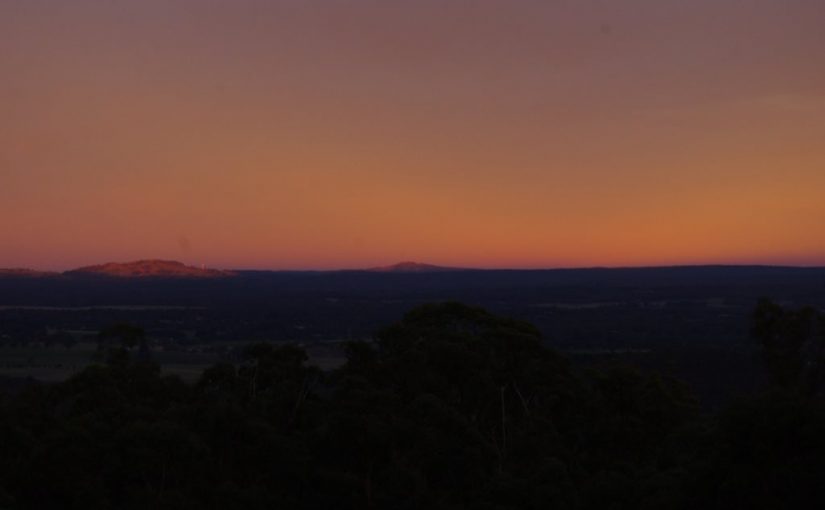 Long term readers will recall that I was a mercenary little child, who during some years worked up to three jobs a day as well as attending school. What can I say, I liked the cash! And anyway, I had incentive to work hard because pocket money was as rarer than unicorns!

I’m always surprised at comments saying how hard we work because to me the various projects here progress along at a pretty relaxed pace from my perspective. The various tasks can be hard, true, but we take them at a relaxed pace.

I wasn’t always this relaxed though. And the other day I recalled the days of the mid 1990’s, during the recession that ‘we had to have’, that I worked far harder than I do today. Of course I was a much younger feller back then, and being younger you have an inbuilt combination of boundless energy and naïvety.

Way back then I did work hard. The editor and I had purchased our first home in a very undesirable industrial suburb, and not to put too fine a point on it, the house was a wreck of a place. Mind you, the combination of boundless energy and naïvety, enabled us to overlook the niceties of living in a dump, and we set ourselves the challenge of repairing the house using our own labour.

Saturdays were the day spent repairing the house. We did everything to that house from, re-blocking it (which is replacing the timber stumps that the house sat on and is an experience that has left me with a distaste for mud even to this very day), to rebuilding the rear extension (which was originally of dubious quality and falling down).

On late Saturday afternoon’s the editors mum would drop by for a visit, and they’d leave and go some place nicer for a few hours. Construction zones are rarely fun places to visit for people not intimately involved in the work.

Saturday night was usually a quiet affair, and in those days there was no internet and so friends may have organised something, or we’d enjoy a quiet night at home.

Repairs of the house weren’t limited to Saturday, and so on some weeknights I had to put in a few hours after work, especially if crucial facilities, such as the bathroom, were out of action. Although, I rarely if ever worked Monday nights. Monday night I usually headed off to see friends, who used to be my house mates in an even earlier time. Believe it or not, we all kept up that routine for about eighteen years until there was a falling out over vegetarian dogs, and World of Warcraft. Seriously. That incident was a very strange time in my life, and also a major turning point.

Did I mention that during those years I also studied towards an undergraduate business degree at University at night? No, well, two nights per week were taken up with attendance at University at lectures and then tutorials. Back in those days nobody had heard of the internet and you had to physically turn up to University – and conduct research for assignments at the library using microfiche, books and journals.

Most nights even after University, the editor and I used to walk the dogs around the very sleepy and gritty industrial suburb. The only business open at nights in the area was the local Railway Hotel, and in a strange coincidence, I eventually worked with a bloke that used to tend bar there at night for extra cash. He used to joke that it would be unwise to: “pick someone else’s fight at the Railway Hotel”. Wise words and neither the editor or I, or any of the dogs attempted to do that.

Week nights were always busy, but the editor and I used to religiously head out for dinner on a Friday night. We never went to high end restaurants. There was nothing fancy, we just stuck to places that served good food for a reasonable price, and we had a roster of those places to enjoy. Actually we still do this today, although on a different nights of the week.

Given both the editor and I worked full time, that left Sunday’s free. Although, I usually had to get up early and study on a Sunday (edit: as did the editor who was also studying), or prepare University assignments until about mid afternoon. So, I guess Sunday’s weren’t entirely free after all.

However, late Sunday afternoon the editor and I headed off to walk around either Ballarat, or Daylesford lake for a long walk. Both lakes were located in country towns about an hours drive north of Melbourne. Walking was our sport then, and it still is now. Sometimes when we were feeling a bit frazzled by all the work and stress, we would walk around the lake twice and maybe even three times. We’d pick up some take away food and munch on it as we walked. If we were lucky we would have made it to the start of the walk before the cafes closed and we could also enjoy a coffee and cake. I have particularly fond memories of chomping on hot chips as the cold winter winds blew hard and the rain drizzled. We were unfazed by the weather because we were too busy plotting out our plans of world domination. Actually, in reality we discussed how to escape the life that we had made for ourselves and possibly end up in the country.

We’d usually get back home from the long walks at hours at which most people had long since gone to bed. We didn’t much mind getting home late, because we passed out into the deep sleep of exhaustion.

And we kept up that pace for for many long years. Of all of the work, I particularly don’t miss the part time study because after my undergraduate degree, I was forced to take another five subjects as part of a post graduate that was demanded of my profession. People tell me that it takes six subjects nowadays.

We eventually lost almost $20,000, or 15% of the value of that house when we sold it. It was then that I discovered what the word ‘resilience’ actually means.

This week, the days have been sunny and cold and the nights have been hovering around freezing. This has produced the most spectacular sunrises. One minute the morning looks dark and mysterious, and then the sun pokes its head up from behind the mountain range:

Within a couple of minutes, from this eagles eyrie, you can see that the frost has pooled into pockets in the valley below the farm.

We haven’t escaped the frost this week, although it is warmer at this altitude compared to the valley below. One morning, the grass was frozen:

Frost can be useful in that it gives a visual indicator as to the water level stored in the water tanks. The recent rains have almost filled this large reserve water tank (in fact most of the water tanks are full or almost so).

Scritchy the boss dog has been hiding in her bean bag where she is keeping toasty warm!

Access paths and stairs are of importance when your farm is located on the side of an old dormant volcano. The land is steep and any projects that makes access easier, is time well spent. This week, we constructed a flat and wide path from the secondary woodshed path to the chicken enclosure.

The ground can get quite wet and damp in the orchard and it is sheer luxury having a nice flat path to walk upon!

Soon, the entire path was lined with crushed rock (with lime) along the entire length.

Soil nerd alert! How good does the soil in the excavated areas look? That chocolate soil is the result of about a decade of goodly additions of compost. There was no top soil at all when we first moved here and the ground surface was baked hard clay.

We also completed constructing the final concrete step near to the worm farm sewage system. Oh it is a true joy to be able to walk down solid stairs, as distinct from the slippery path that it used to be. Over the past few weeks we have constructed about 16 steps. The editor suggested that this blog should have been titled: “Sixteen steps to a new you”. I vetoed that for the genius that is the current title!

From the point at which I’m standing and looking up towards the camera, I reckon it looks pretty good!

Oh, we also had the self propelled mower out in the orchard assisting with flattening out the bumps in the new chicken path. And so we used the mower to chop up the huge pile of cuttings that was dumped in the orchard last week. It will soon break down into quality soil.

The editor broke the mower too! Hehe! It wasn’t me this time! At least the farm machine shop folks are reasonably friendly and won’t be too judgemental about the uses we put the mower too.

And onto the flower photos:

64 thoughts on “Sunday night is alright”